Let’s face it – 2020 was, ummmmm, different. Needless to say, the artists of the world weathered the storm with the best of them and honestly, produced some really fantastic work! Whether it was the excess free time, finally having the chance to finish that long overdue project, or simply just getting an abundance of commission work from people doing their best to support the art community – it was a great year for alternative posters. We here at PosterSpy wanted to showcase 20 of our favorites from 2020 and in no particular order. Thanks to everyone who is part of the alternative poster community – we look forward to what you create in 2021! Gabz – Lord of the Rings Triptych

We can’t fathom the amount of time it took to complete this marvel. Take a moment, look this piece up on his social media accounts and look for the close up WIP shots – the level of detail is insane! There are 3 different versions of this and if you’re lucky you can score yourself one of the gold foil variants. 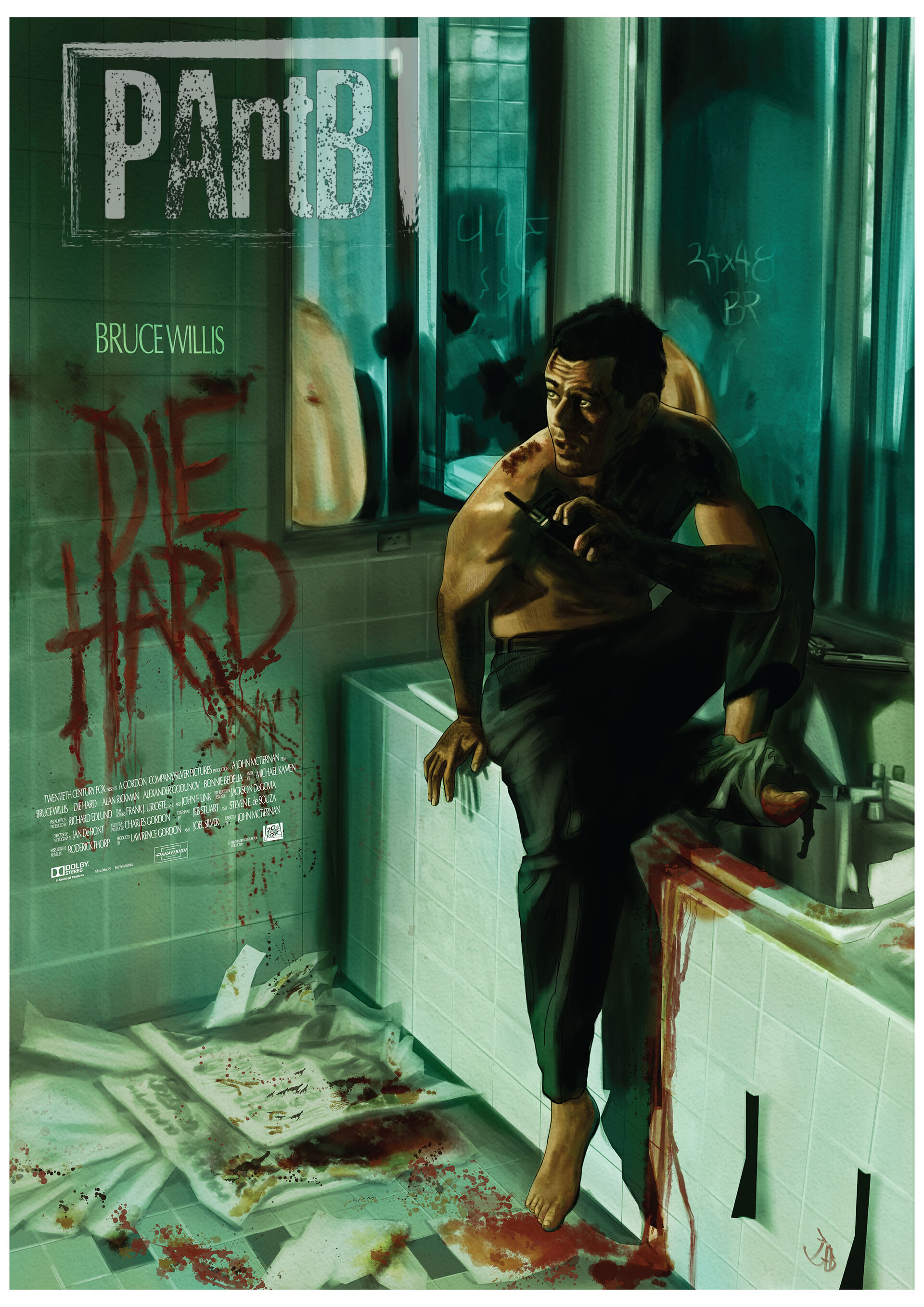 A great many Die Hard poster tributes have passed by our screens but this one seems to capture a different scene than what we’ve taken in before. From the wound on his back, to his bleeding and bandaged foot – to even the blood written title treatment; everything about this brings you right into the film and makes us want to watch it again! 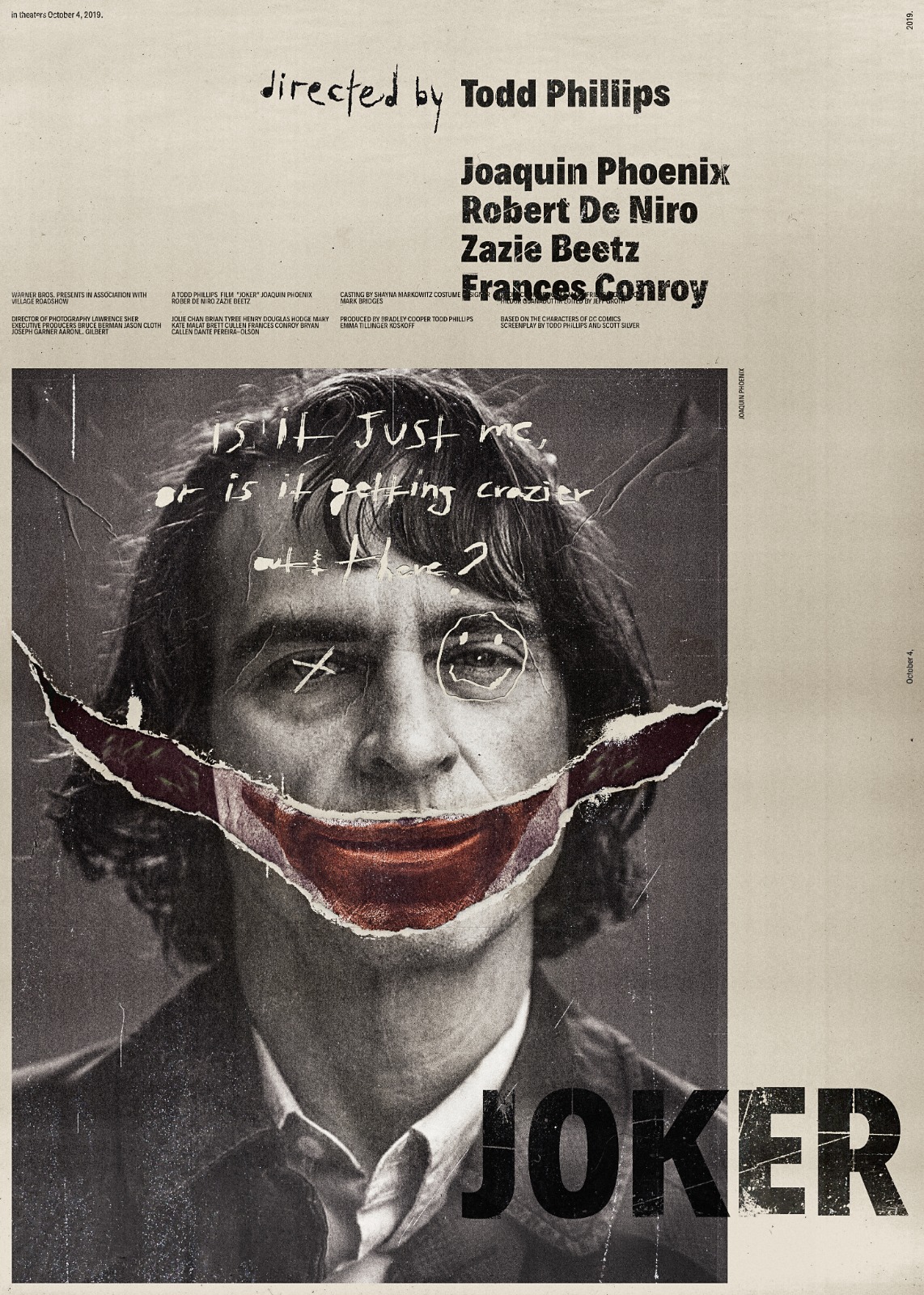 The torn paper, the scratched out eyes, and even the overlapping credit text helps set the tone of this piece. The movie is already unsettling and even if we hadn’t already had the pleasure of viewing the film, something about staring at this seems to give us the feeling that not everything is ok with this character.

There is a brilliance with the way this David captures the tension from this scene. The gun in his hand, the way he has the two main character’s eyes pointed upwards towards their foes with their torches and the way that they hold each other, waiting for them to pass. Jaws never ceases to stop giving people the motivation to create stunning art. Florey has done it again with an entirely new angle and perspective of the creature that lurks in the water. This along with the variant are great additions to an already impressive collection of fantastic Jaws work. 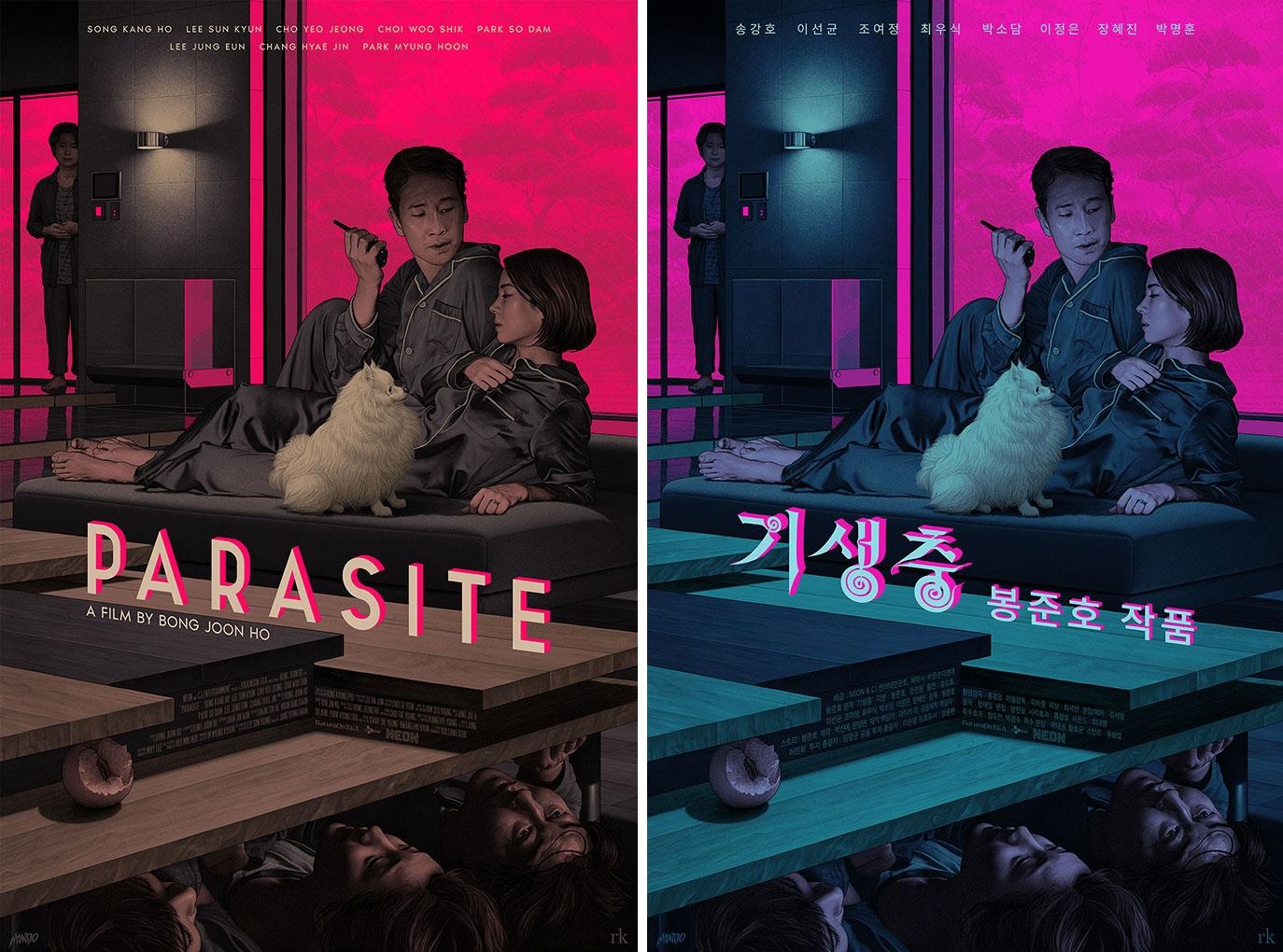 This poster has everything! The 3d title treatment along with the creative use of the credit block space. The peach, the family hiding under the table (such a smart choice btw), the dog, the unassuming couple and the figure in the background watching – nothing is left out! The different color variant is also equally pleasing to behold

We never will understand just how Orlando creates work of art such as this out of Vector. We’ve watched his time lapse of this piece and are still stunned. The way he blends the two faces between the lines and captures Bond’s stare is magnificent. It’s not often a monochrome piece stands out – but when Matt created this Alien poster, we paused and took notice. The hallway beckoning you to look further down and the slime off the teeth, it’s such a wonderful spin on a franchise we all know and love

You really need to see this in print form. The way that the varnish gleams in the light and sets off the details is impressive. The Batman animated series is a fan favorite and anyone would want this on their office wall. Heck, we would’ve added it to our childhood bedrooms if we could have back in the day! Just look at how well he has arranged all the characters. And that lighting, did we talk about the use of the color and light?! 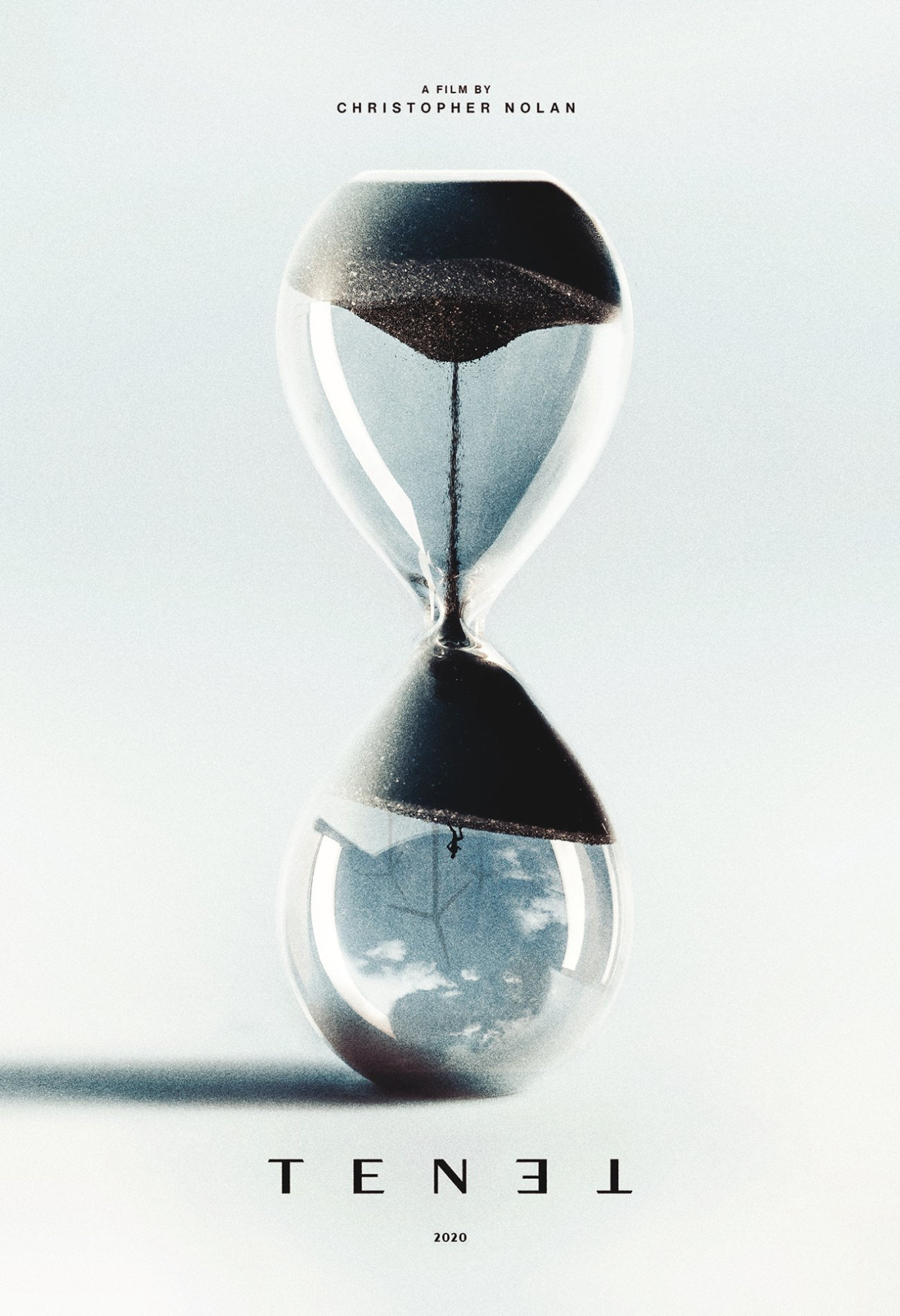 Using the trailer as the only context, this poster says so much by using so little. Eileen has a unique talent for giving us so much with so little. You get that the film is about time manipulation and you get that it’s probably suspenseful in nature by her use of the time “running out” metaphor with the hourglass. Time and time again, she creates something way ahead of the film that many take as the official poster and it’s easy to see why. The entire series Lyndon created is fantastic, but we have a particular soft spot for the gold cartridge of Zelda. He created a poster for popular games and their consoles for the Nintendo gaming system and each one is unique and utilizes such a clever use of the controller from each system. 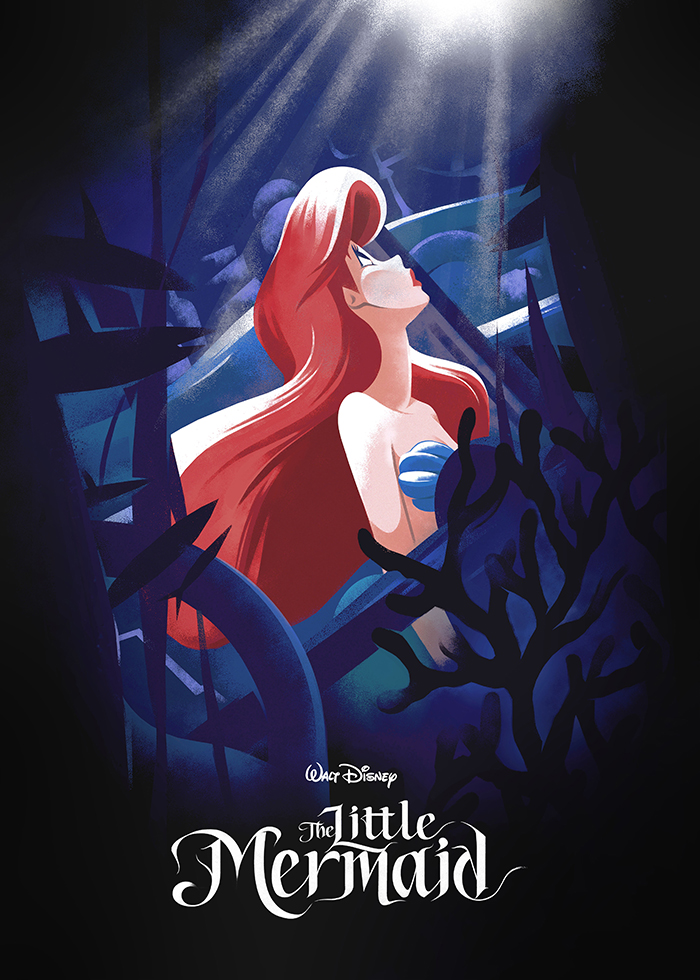 Gorgeous – simply gorgeous. The light coming through, the darkness of the grotto, and Ariel looking as beautiful as ever staring up hoping for more. If Disney hasn’t seen this, we hope that they do and hire Oregon Pizza for their next hand drawn animated film. This is an instant classic! 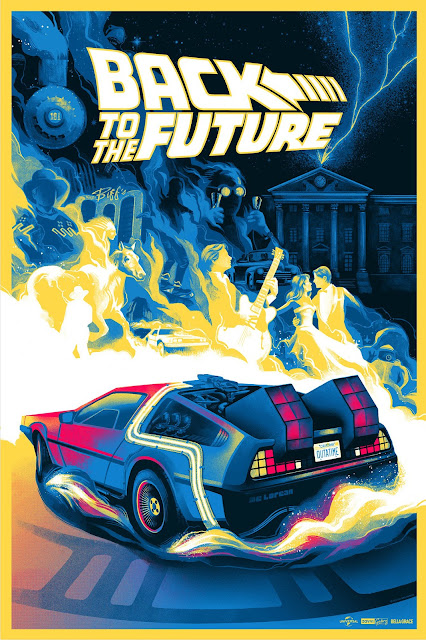 Bella Grace – Back to the Future

Bella has wow’ed us with her compositions in the past with the way she takes different ideas/forms/images and molds them into something that you have to study to see the whole picture. We adore the use of the smoke/fire from the car in order to project the past occurrences from the film in the background and how incredibly smart it was to use the tire tracks as the hours of the clock. So well done.

When we spent time scouring the web for what was the best of 2020, we felt that this awesome tribute to The Mighty Morphin Power Rangers better be included. It might’ve been the only poster for the show that we saw all year and it stands out among many that we’ve seen in the past. The “GO GO” in the lightning/music being played by the Green Ranger being our particular favorite detail worth mentioning. 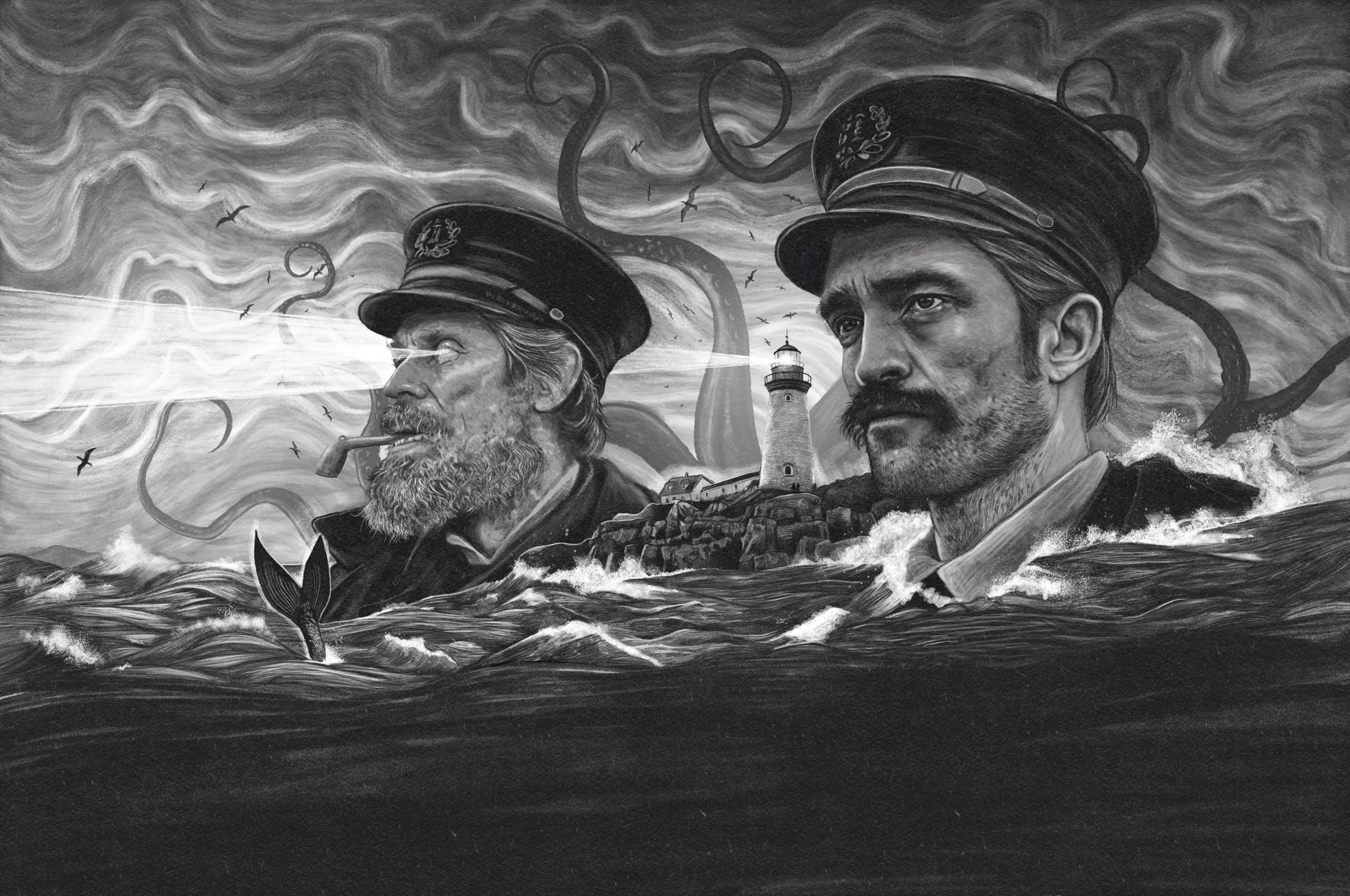 There were so many posters and artwork created for the Lighthouse this past year – and it’s no wonder why. The film really struck a cord with the movie lovers everywhere and the artists took notice. This one by Peter really captures a lot of character in the faces of the two men and the way that he’s posed Willem Dafoe’s face with the light from the lighthouse was really great. 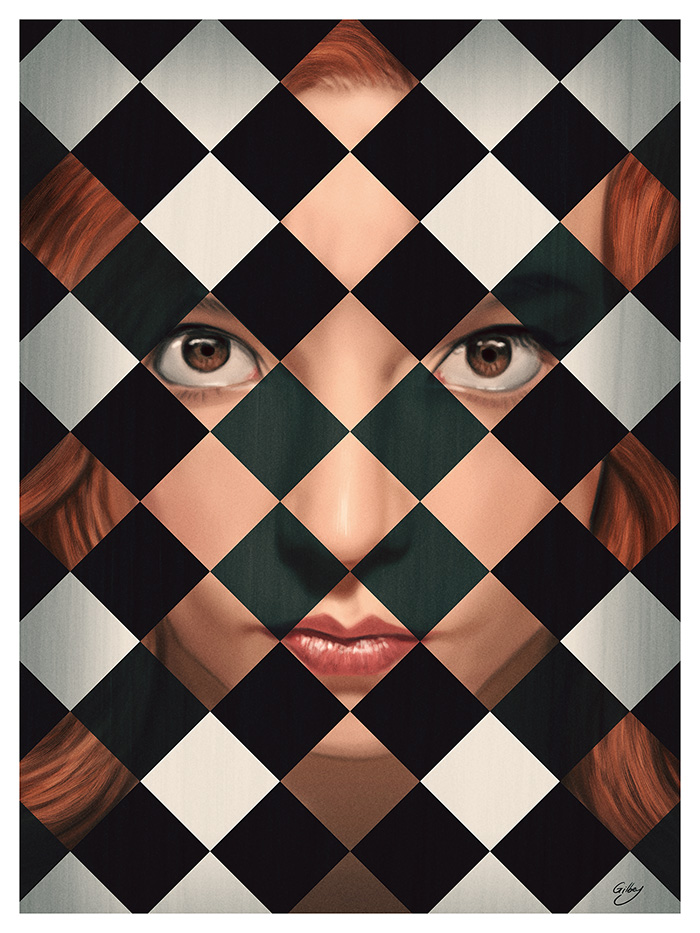 Let’s face it, the Queen’s Gambit was Netflix’s biggest hit this year, well, maybe outside of the Tiger King. With every great hit there is an equal number of posters and art that follow it. This one by Sam really gets that intense stare from the protagonist of the series and is also quite different with the way he’s used the chessboard squares. Another from Juan that we couldn’t ignore. The Mandalorian, and it’s ending were HUGE this year, but Juan captures what was special about the show in the most heartfelt way! This small little moment of Grogu and Mando with the slightest of embrace almost brings a tear to our eyes.

Jake Kontou – the Last of Us Part 2

There is an incredible amount of scenes and images to take in from this mashup illustration created by Jake. We wish we could show all the WIP images he’s shown of how he created this particular piece. The hateful/angered/vengeful expression on her face opposing the somber almost melancholy look of his in the background is a splendid touch. 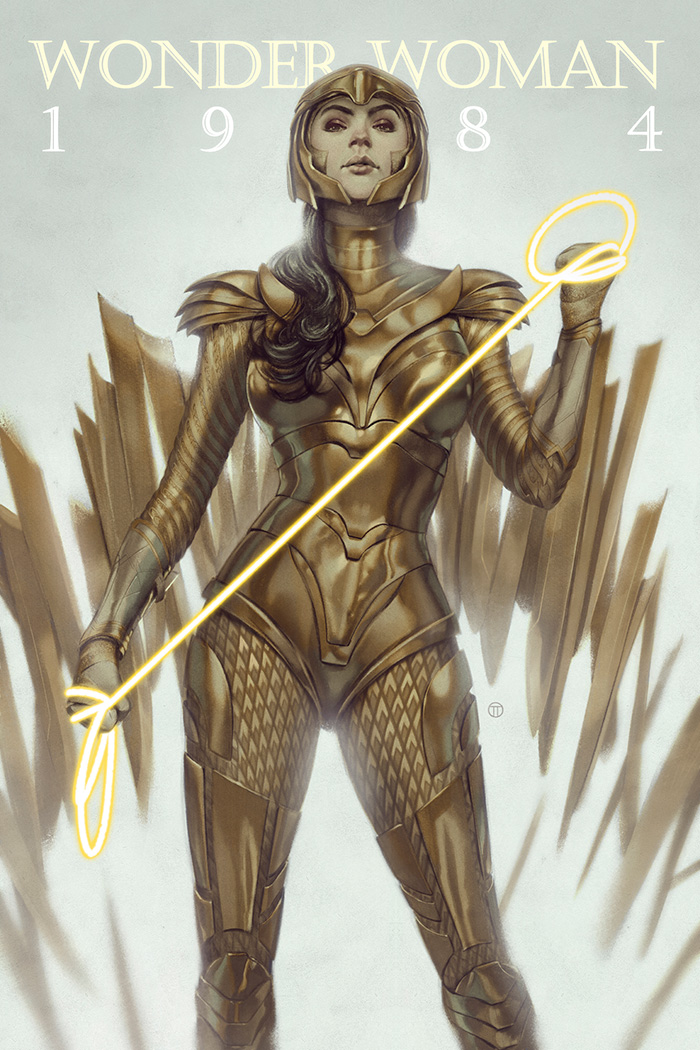 We really enjoy this different approach from the 80’s looks we’ve seen for this film. The pose is very striking and her confidence shines. 1984 or not, if this isn’t already set to be a comic book cover coming up, then someone should contact DC immediately and let them know that Julian has this beaut ready for them. Matt Ferguson – the Empire Strikes Back

Matt almost broke the internet with this piece and people scrambling to get it in its many forms. Whether he had the title in a foreign language, or the piece was done in some kind of awesome specialty ink variant, it was easily one of the most sought after posters of 2020 and it’s not hard to see why.