The Many Ramblings of a Movie Geek: The Paul Shipper Interview “He’s no good to me Dead”

There are (possibly) millions of us out there, geeks, fans, supporters, followers of movies. From the casual observer to the dedicated followers who study, analyse, anticipate all things movie related.

Some, like me have held a fascination with the art form from a very early age exposed to Saturday morning matinee’s at the Gaumont near Bourneville in Birmingham from the age of four. Shipped off in the mid Seventies with my older sisters to watch cartoons, The Lone Ranger and Flash Gordon, These were the days where most things were in black and white – television, industry and most of the country as the wonderful candlelit rolling blackouts struck.
Glorious Technicolor in wondrous Panavision filled my life with experiences and escapism from the industry grime and strikes of that era.

Those early experiences almost fused into one by the huge (I was little back then) movie posters that adorned the plush red velvet foyers of 70’s cinemas. These were the days where imagination was king; there were no two year teaser campaigns for movies. The teaser was that one poster encapsulating the movie in its entirety from the beauty of Star Wars to the future pain of Bladerunner.

From those heady days as a small child the articulation of movie marketing has evolved dramatically, but at its very heart remains that one special image.
There is, for me, one particular artist whose ability to capture and articulate movies and more into that one special image is second to none. Each time I see his work I am instantly transported back to that red plush velvety foyer –

Looking back when did you realise that your talent could become your career? And was it an organic or planned transition?

The first moment I realised that what I loved to do could become a possible reality was the epiphany I had when I learned of a profession called “illustration” and there were people called “illustrators”? Growing up I had many film posters on my bedroom wall and noticed most of them had a similarity, they were created by someone at the time I knew only as ‘drew’ from the signature that adorned each poster… It was the fact that this was his job to create art for movie posters and from that moment I decided that was what I would love to do one day… My father told me it would never happen… That I should just get a real job, but once I had the dream, there was no letting go and from that day on I pursued the idea that it ‘could’ be possible. I began to research the art of the poster, going as far as contacting my illustrated poster hero Drew Struzan by fax in the 90’s asking him “how do I get to work in the movie poster industry”… He replied that very same day. That was such an exciting moment for me. His reply kind of caught me off guard, a bit of a reality check to be honest, but we have stayed in touch ever since and I even got to visit drew in his studio for a day back in 1997 which was absolutely incredible.

Speaking of #drewstruzan here’s a pic of me with him at his studio back in 1997. A day etched into my memory one I will not forget even if I get Alzheimer’s

Your style evokes so many memories for me of classic movies, going to the cinema as a youngster and feeling that anticipation growing as I stared at the movie posters in the foyer before the film began, how do you filter down the key elements of a film into one image? And are some easier to articulate than others?

Thank you so much, hearing that from you means I’m doing something right! Sourcing reference images for the poster design is a huge part of what I do. Clients send me lots of images from the films and I also have my own image library that I can turn to and then there is always Google! Finding the images that convey the feeling of the subject matter that I want to imagine on paper. It is a time consuming and enjoyable process for me to go through and it is a very important stage in the development of the poster. The pose and look of an actor can impact the overall feel of a piece and I am very aware of that. The composition enables the viewer to read the poster (hopefully) well, identify with it and feel the emotion, passion, story of the film and if I can nail that in the early rough comp stage I know I can confidently move for to a final illustration. Some are easier than others; it’s about connecting me as much as possible to the subject. If the film is available I will watch it… If not I rely on the information provided by the client or sometimes the film’s director or producer involved in the project. Typically, how long does a piece of your work take from concept to completion?

That’s a hard one as they can vary so very much, from creating something in just a day up to a month’s work and sometimes even longer than that… There can be lots of changes made along the way that can impact the amount of time it takes to reach the final stretch.

From Indiana Jones to Star Trek via Guardians of the Galaxy your work is traditional in the form of cinema foyer movie images, but you have also created images of Dark Knight Rises and Tim Burton that are less traditional but equally engaging, which format most engages you and which do you prefer to produce?

I am always drawn to the classic movie poster illustrations I grew up with… I get a huge amount of gratification working on those and the finished result, but there are jobs that enable me to experiment a little more than usual and they are very enjoyable to work on and I get to push myself out of the comfort zone and try something new. You seem to be drawn to both the original Star Trek series and the new imagining of the Star Trek movies. Which, of the two, would you say is your favourite and of the two which do you enjoy producing in your work? There has been a phenomenal outpouring of respect following Leonard Nimoy’s passing, in your opinion, what made him such an iconic and loved person?

What a sad day hearing that news… In my opinion, Leonard Nimoy WAS Spock and he evoked Star Trek from the very start; actually he ‘IS’ Star Trek and always will be. What an amazing person, and the life he had was a testament to who he was… He most certainly Lived Long and Prospered. Also, a dream character to illustrate… I have said it before; Mr Spock is my favourite Star Trek character to draw. I can only hope I get to keep drawing him for many years to come. Well, I aim to.

Had you been given the opportunity to ask Mr Nimoy one question, what would it be?

You know, I would have just enjoyed being in his company. I would love to listen to his stories from throughout his life. A friend of mine worked with Mr Nimoy on Star Trek (2009) recently told a story of the day he met him on set and honestly it was wonderful to hear… Just to be with him and hang out would’ve been enough. You have produced commissions for some of our generations (in my opinion) greatest movie visionaries, if you could have your pick of any Movie/TV/Game Maker out there to produce a piece for who would it be and for what movie/TV series/game?

Recently I’ve been watching the Vikings TV series (Currently on Season 3) which I’ve been really enjoying. Would love to see an illustrated poster of some kind for that show… Movie wise, there are so many that I believe would benefit from having an illustrated poster treatment. When they don’t, I feel like there has been a wasted opportunity. There are a lot of Fan posters out there which are filling the void as such, but for a studio to step up to the mark and hire an illustrator specifically to work with them and come up with something truly magical for their theatrical campaign is something that excites me. Recently Artist and friend Steve Chorney created some absolutely wonderful poster illustrations for the Joaquin Phoenix film ‘Inherent Vice’ which were fantastic and really beautiful… but sadly, for web only… no physical printed posters! That said, I do feel that there is a resurgence of the illustrated poster making its way into the main stream again. Just last year the poster I worked on with Gravillis for ‘Bad Milo’ won the silver Key Art Award which was an absolute buzz! I have to say….I am very much looking forward to what the next Star Wars poster will be … If there was ever a project that demanded an illustrated approach for its marketing, as we all know, it is this one. And Finally……….what’s next for Paul Shipper?

I continue to do what I do… There are a number of projects I am working on at the moment that I can’t mention. However, recently I’ve been given the opportunity to revisit some classic films that are being released as collector editions on Blu Ray, Escape From New York, Mad Max, Rollerball, Misery, Hound of the Baskervilles, Halloween and Squirm to name a few and I’m really enjoying that work. There is a special Star Trek piece I’m working on which will be announced in the coming months, an illustrated poster treatment for an upcoming film that was a hit at Sundance, some official Film and TV tee-shirt designs, a record sleeve, some gallery show work and a film poster …

Keeping me off the streets :) 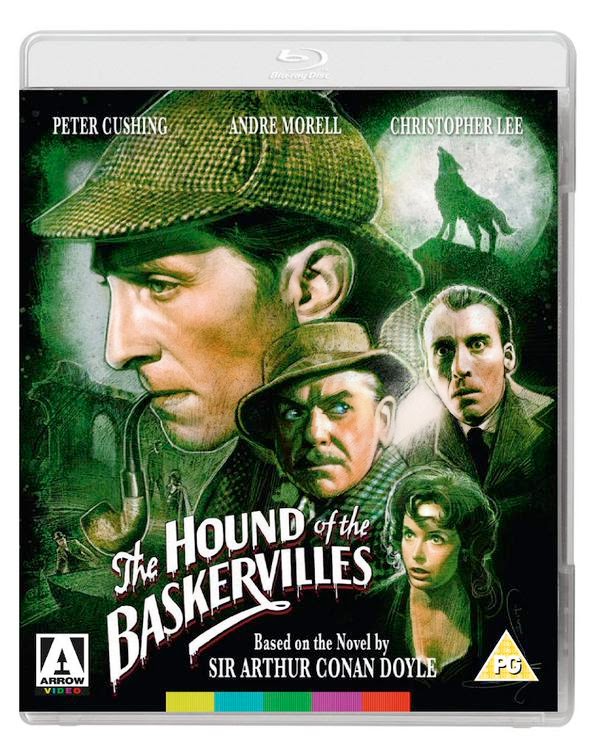 So, in a year where we will see The Force Awaken once more with one of the world’s largest movie phenomenon’s returning to our screens in the hands of one Mr J.J. Abrams (50% less lens flare promised). It’s worth taking a moment to head back that plush velvet foyer and gaze in anticipation once again with Paul’s wonderful piece – 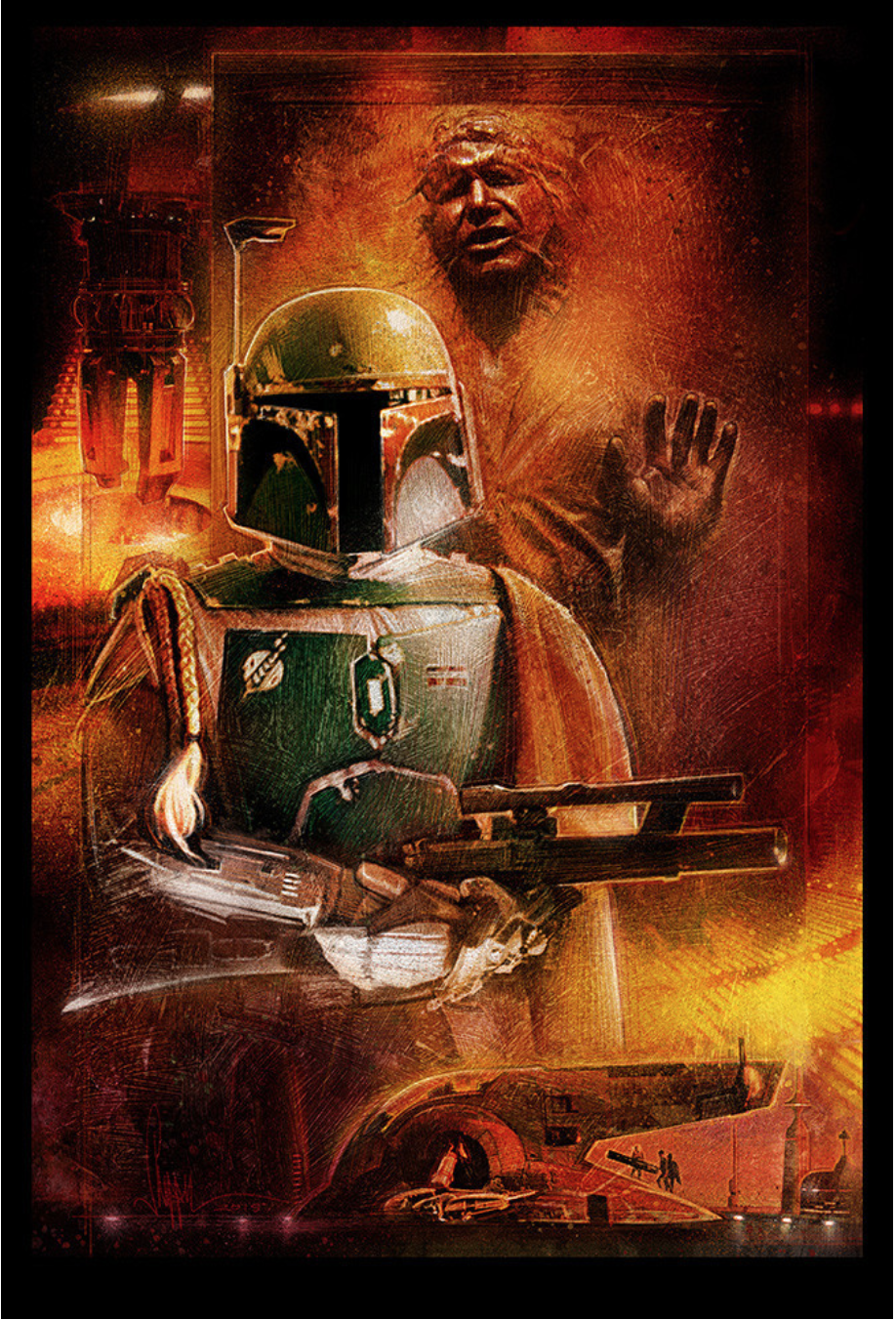 Our warmest thanks to Paul Shipper for working with us on this interview.

Paul’s work can be seen at: