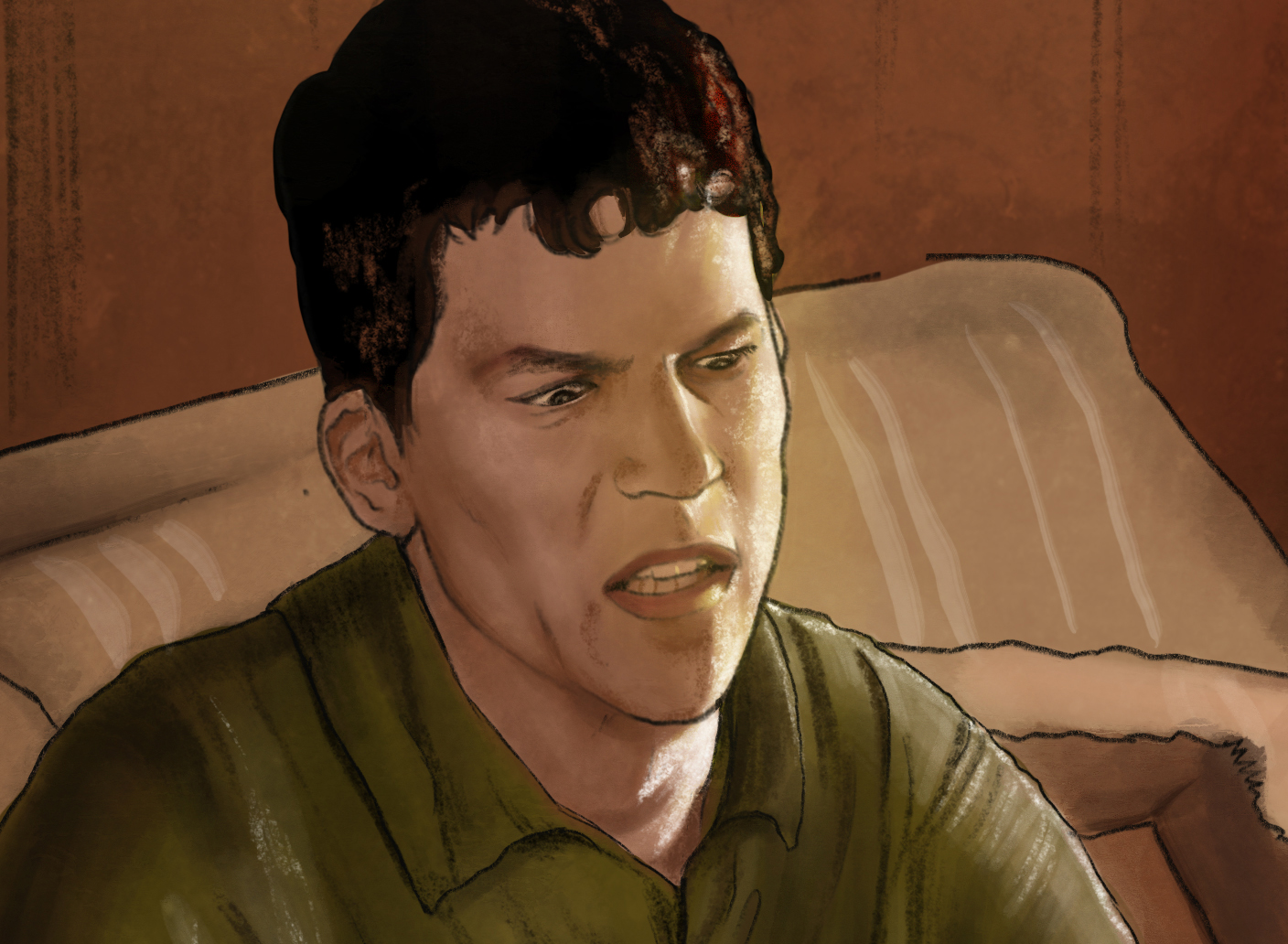 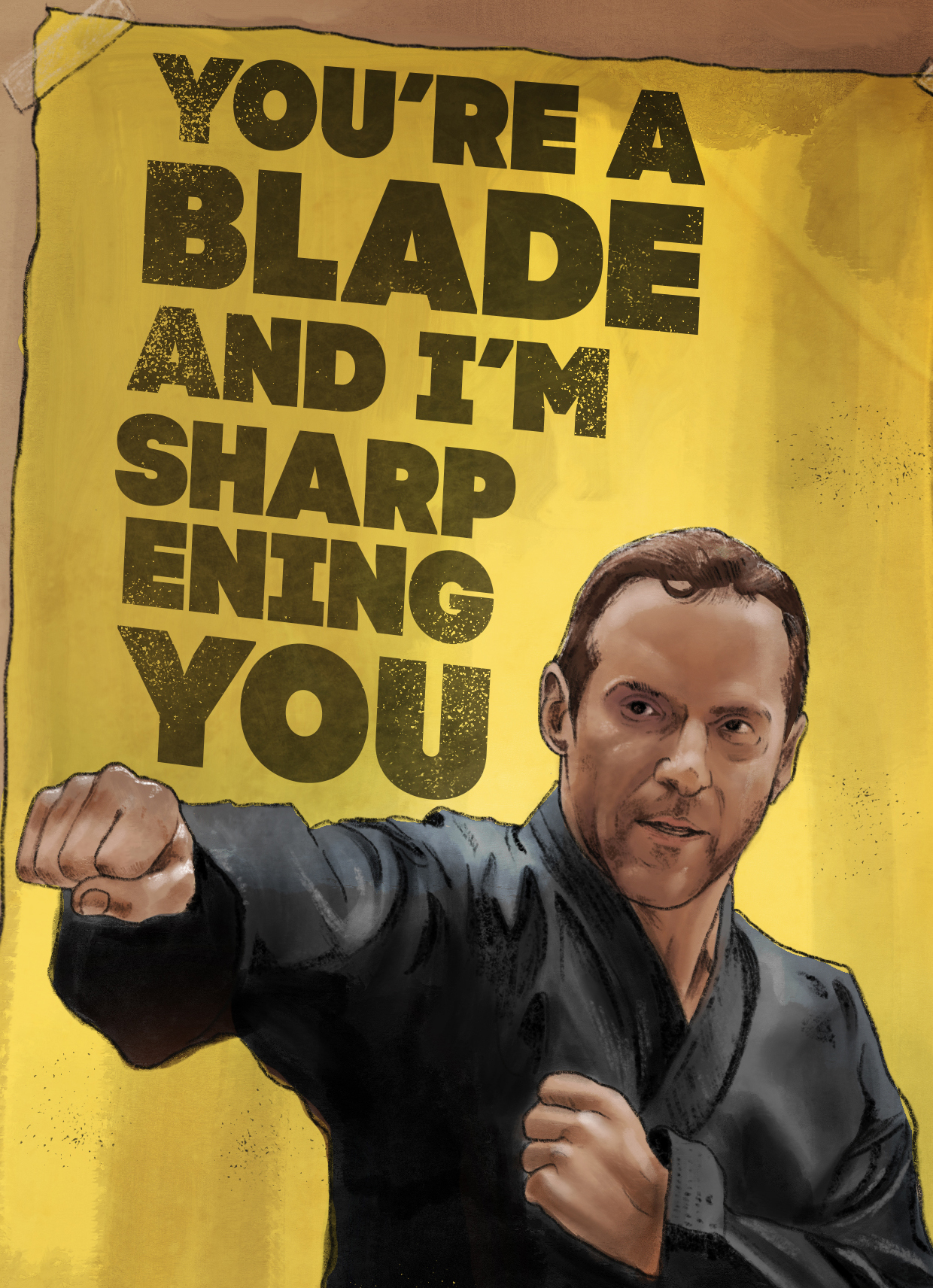 The Art of Self Defense

This is an Illustrated Poster for the Upcoming film the ‘Art of Self Defense’. The artwork is inspired by a scene in the trailer, where Casey is having a drink in his room with his dog. He spills the drink and sees his own reflection as a Dojo master. This is a metaphor where he tries to become what he is afraid of. He is egged on by the Sensei master from the poster on the wall, and his dog has a quizzical expression on the face. The dog, the Sensei and his reflection all have their focus on Casey, and I thought this was the best way to visually represent what I saw in the trailers. There are also small elements from the film scattered in the scene, like the Metal CD case, and ‘Masculine Names for Men’ book on the table.
The artwork was drawn on an iPad pro using a combination of Gouche and Pencil brushes. The hand drawn poster and the Color scheme tries to evokes the humor, absurdity, and the darkness of the film.

0
Uploaded
2 years ago
Category
THE ART OF SELF-DEFENSE