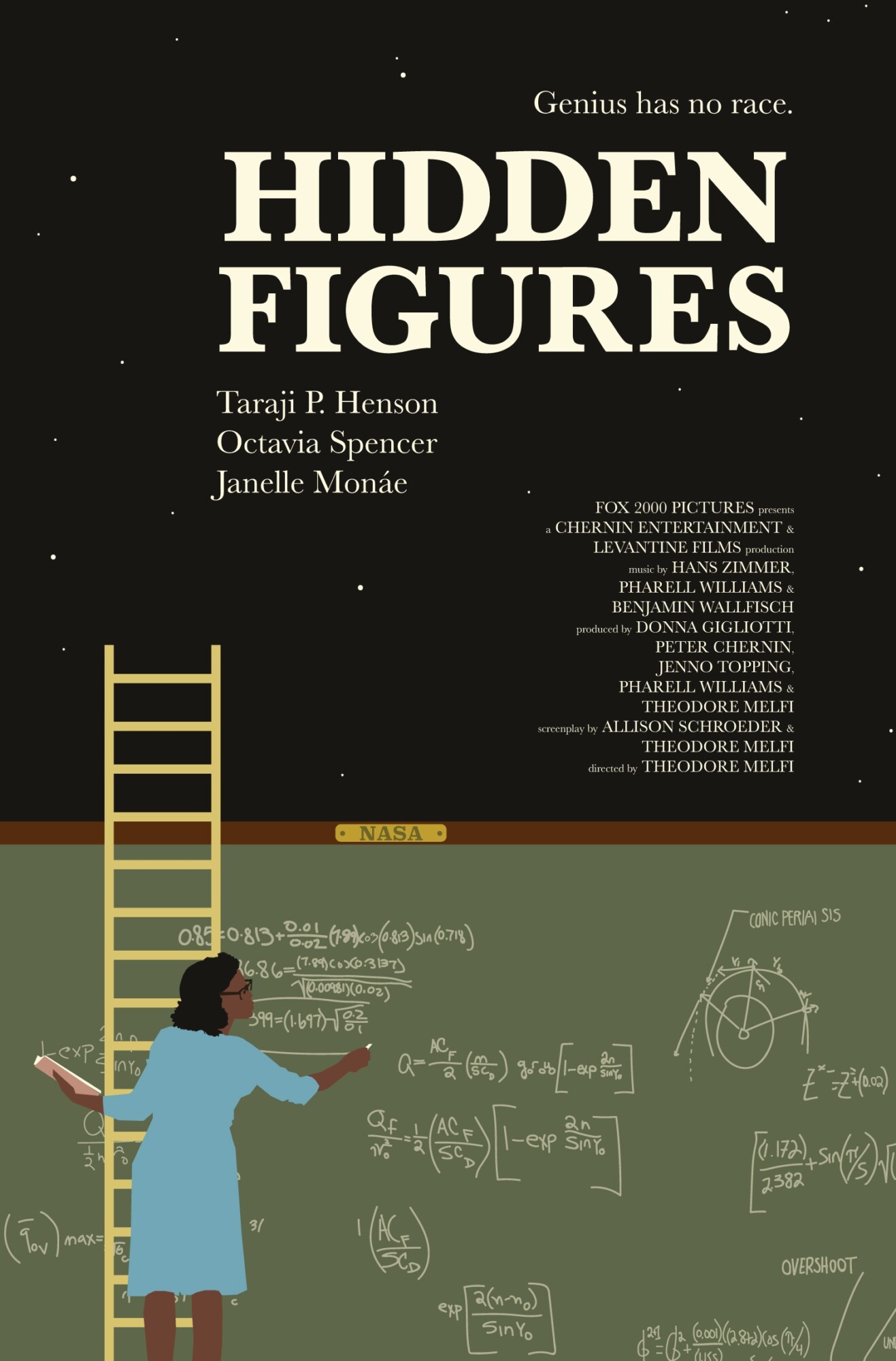 Inspired by the familiar and colorful aesthetic of the early 60s, Hidden Figures tells a very unfamiliar story. The true story of a team of African-American women mathematicians who served a vital role in NASA during the early years of the US space program. Though it was kept out of the limelight for over 50 years, this film brings the life of physicist and mathematician Katherine Goble, and several other female black scientists, to mainstream attention, grossing $223 million worldwide and gaining three Oscar nominations. Design inspirations: West Side Story (1961), Dr. Strangelove (1964), Amadeus (1984), Yojimbo (1961)