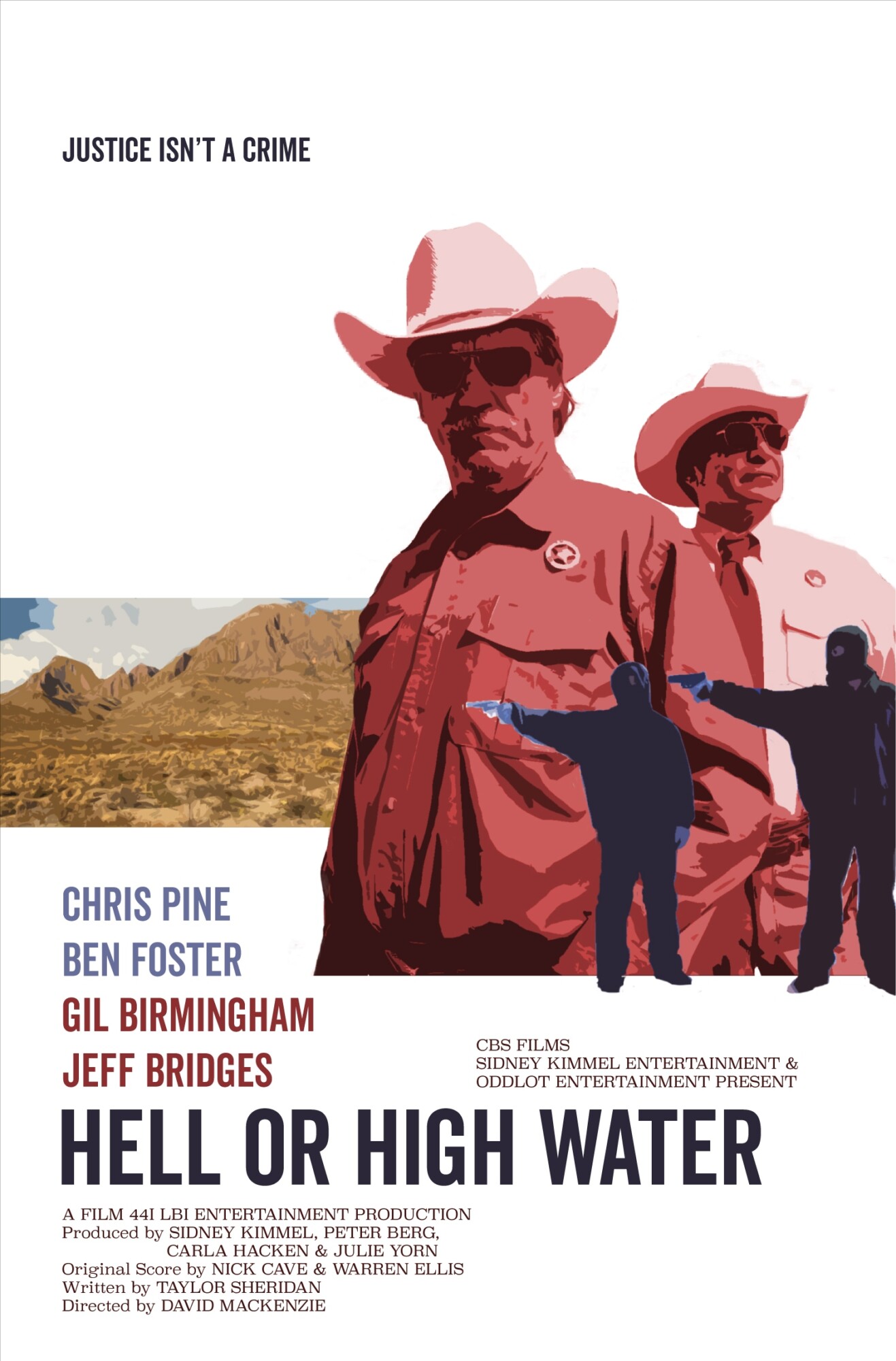 Inspired by the countless classic westerns that dominated the American box office throughout the 50s and 60s, Hell or High Water brings the western genre and all of its recurring themes and characters to the 21st century. A divorced father and his ex-con older brother resort to a desperate scheme in order to save their family’s ranch in West Texas. Constantly pursued by an aging Texas Ranger and his partner, this film causes its characters, as well as its audience, to question the line between crime and justice. Design inspirations: The Good, the Bad and the Ugly (1966), Butch Cassidy and the Ugly (1969), Once Upon a Time in the West (1968), For a Few Dollars More (1964)