Ubisoft has chosen the winners for the Assassin’s Creed Unity poster competition. We’d like to say a big thanks to Ubisoft UK for working with us on this promotion. We were amazed that so many of you entered and some brilliant work was produced. 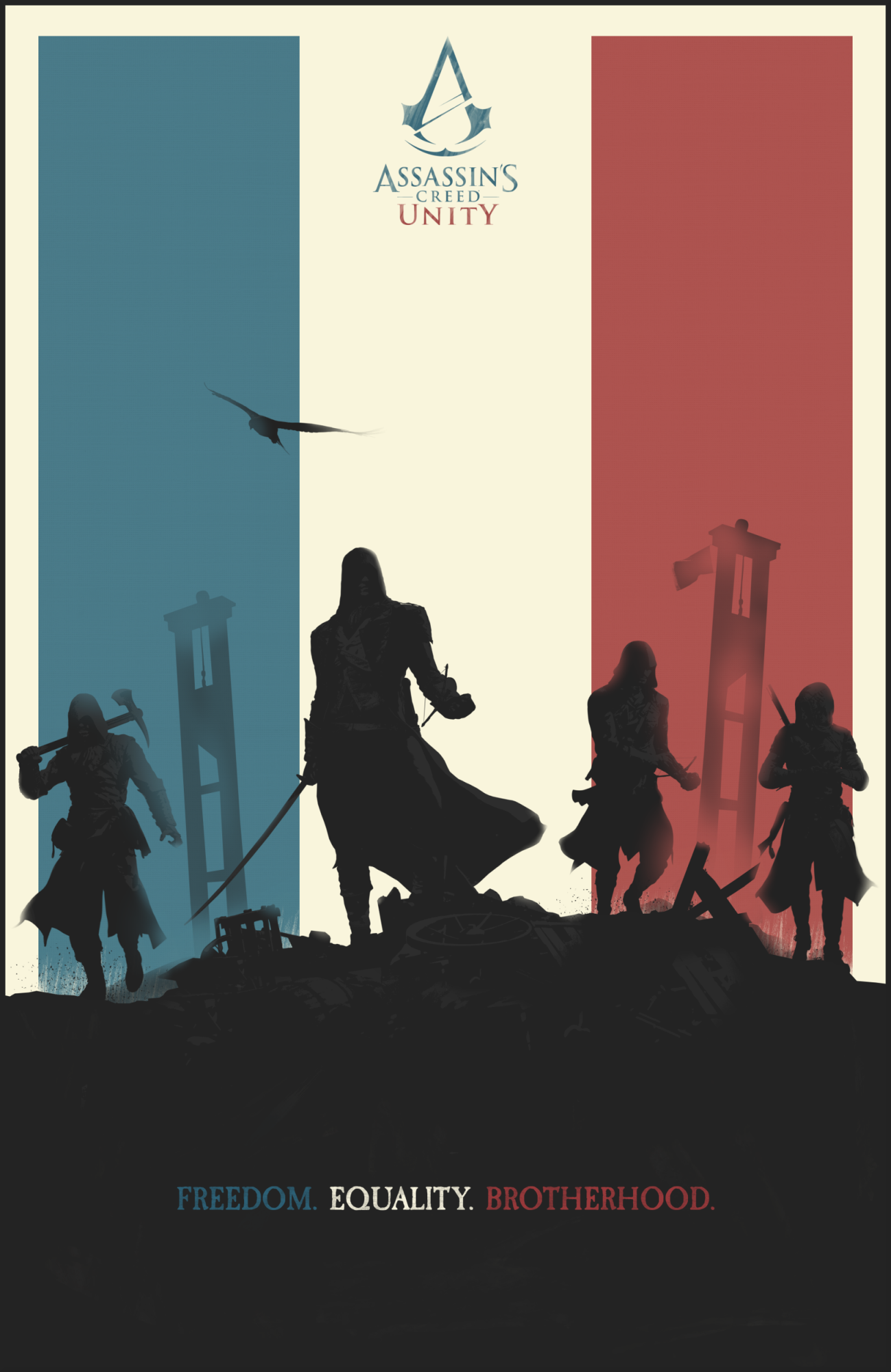 A few words from Felix:

“I am both surprised and very thankful to be chosen by Ubisoft for first place. There were so many great submissions, I doubted coming in top three! But hey, I guess they liked it, huh? :D This piece took between 4-7 hours to create. I knew it was important to include multiple assassins to show unity and what the game is all about. I also thought the addition of the guillotines and the french colors in the back was vital to explain both the setting and time period of the game, without cluttering the background with big buildings such as the Notre Dame like many had already used. I had a ton of fun creating this design and am very honored to be among the top 3, let alone first! I hope everybody digs it and think its worthy of its place.” 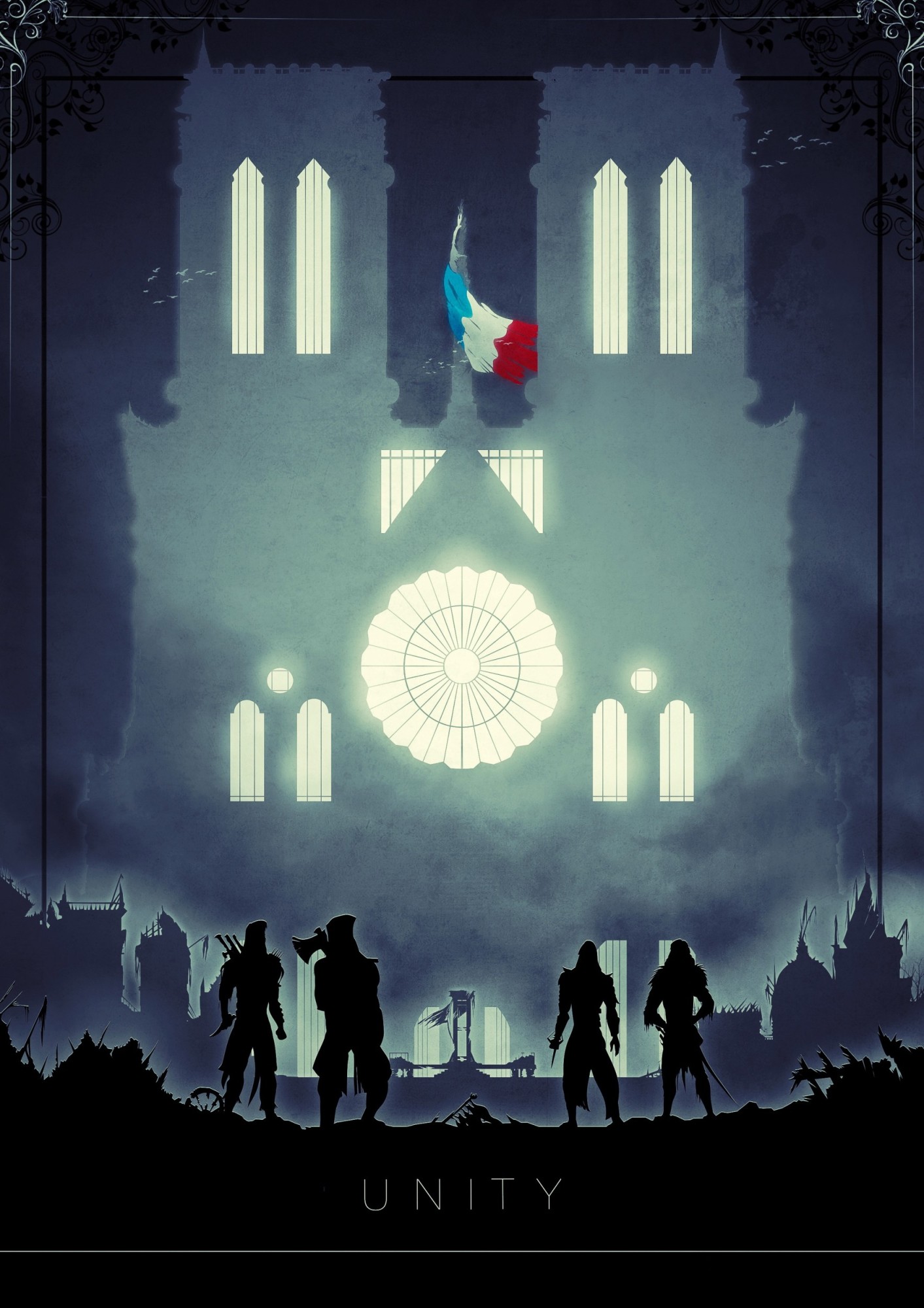 A few words from Lazare:

I found out about the contest early on as it was announced and decided to pace myself, maybe even work on several submissions. From the three I ended up with, my “Unity” piece was the first I uploaded – and by far the one I put the most work into. I had decided that I’d use no stock images and try and capture the major beats of the game through flat minimalism via hand-drawn shapes and vectors – and the four Assassins, the Guillotine symbolizing the revolution, and Paris’ iconic Notre Dame seemed like the perfect trio to compose the poster. As with all my work, I created it on an iPad, so some ideas and details had to be sacrificed and scrapped, but I believe I more-or-less achieved my vision in the end. Looking at the competition, however, I did little to hope that I’d be picked as one of the winners. Taking second place was truly a shock and I’m super grateful to Poster Spy and Ubisoft for letting me participate and choosing me as one of the winners, respectively. 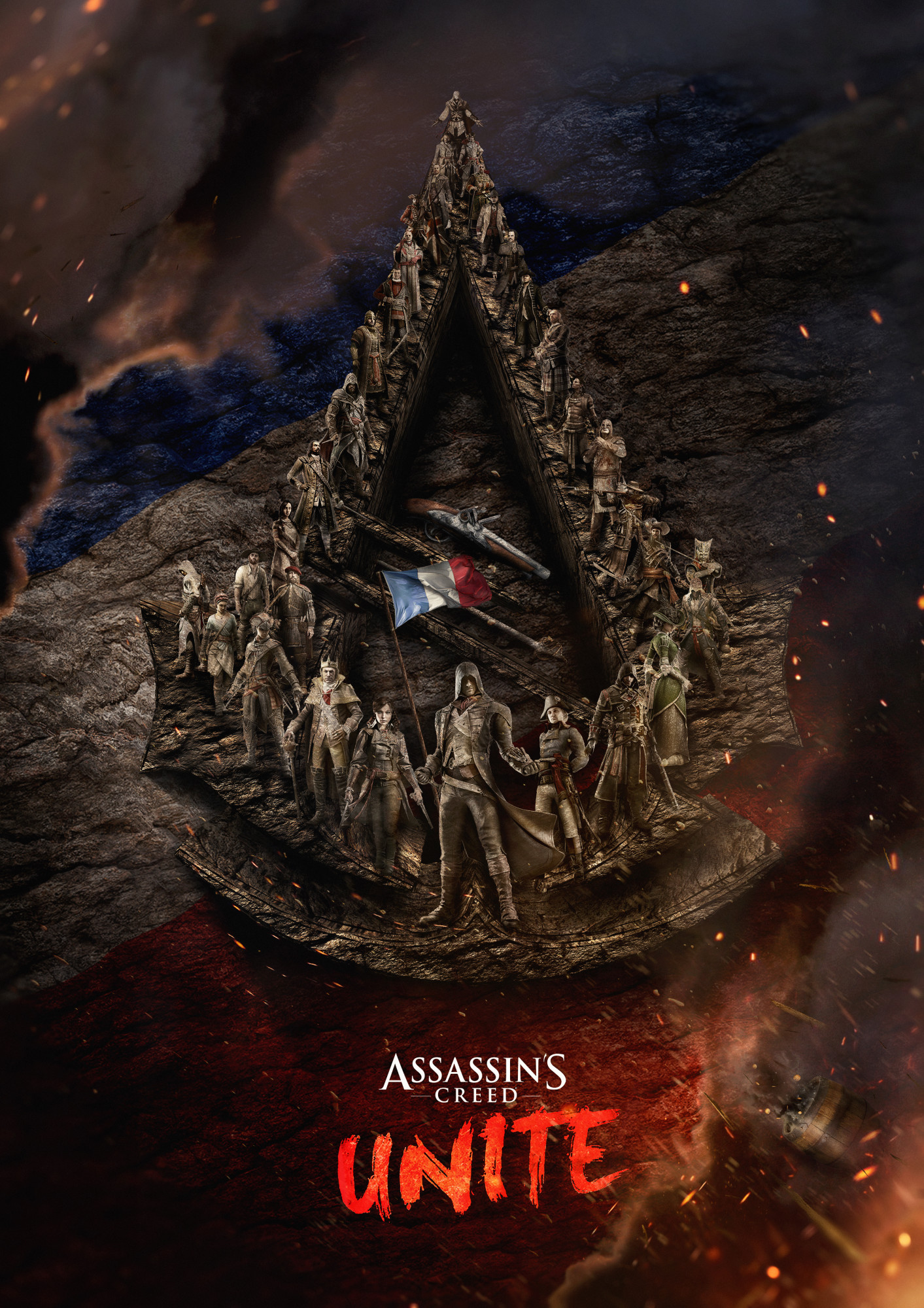 A few words from Lewis:

First of all thank you Ubisoft for choosing my entry as 3rd place as well as PosterSpy.com for giving us the opportunity. When creating my Assassins Creed Unity entry I wanted to include all of the characters from the series seeing as the title for the latest release was unity. I combined the 3D Assassins creed symbol made in Cinema 4d with character drawings cut out from game media to show a sort of tree of characters from the game series. The main idea
was to create something dramatic and explosive. I hope you liked the outcome and enjoyed viewing.

You can view all the Assassin’s Creed Unity entries here.