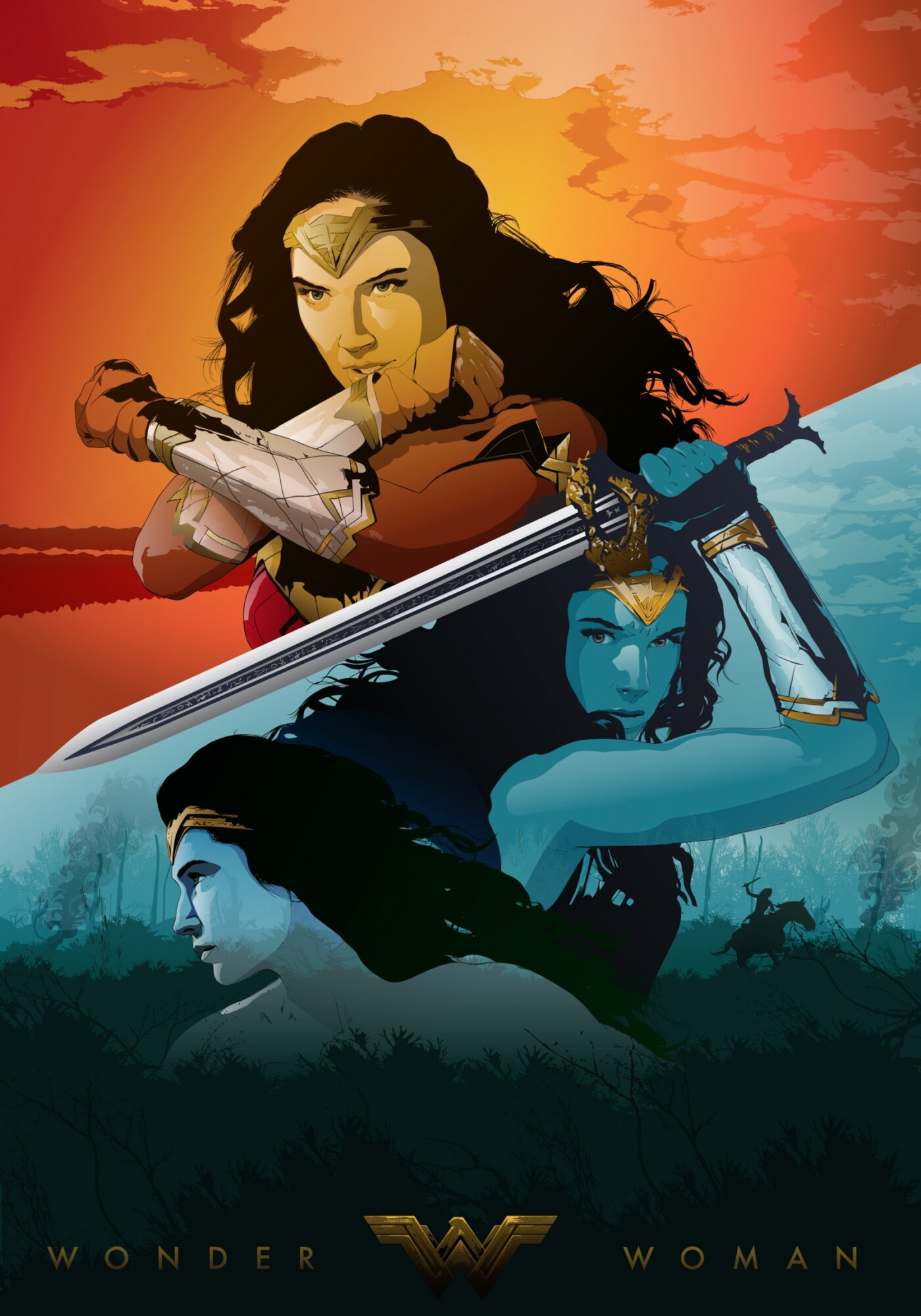 Out of the cinema, I felt the urge to make a tribute to Wonder Woman, the film really conveyed me the strength, courage and the power of a character that was developed and well characterized. To “Imitate” Wonder Woman, I also wanted to do an innovation, for the first time I created an illustration with three subjects, which I have taken individually, appear to be three different illustrations. I hope I succeeded!