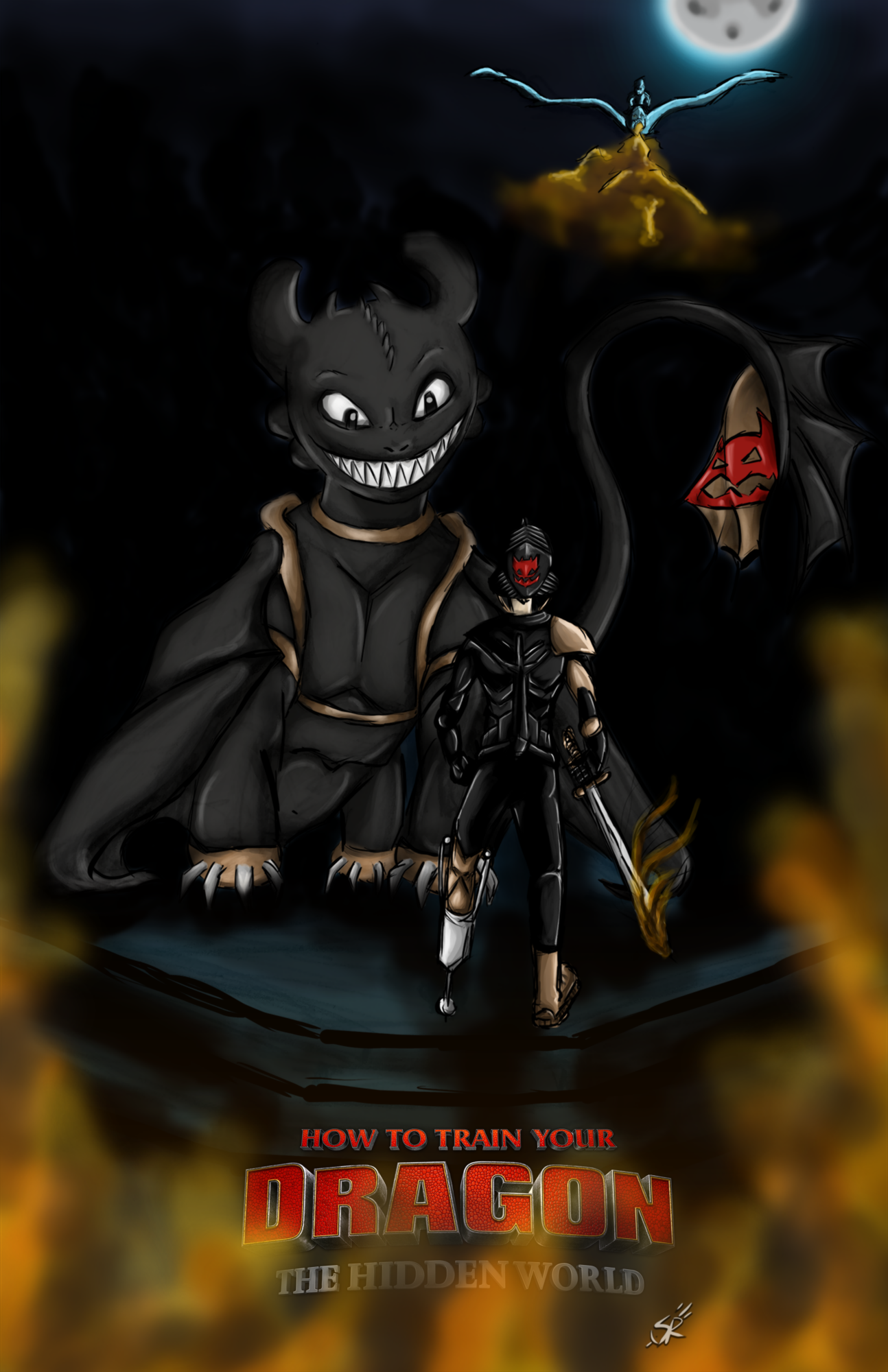 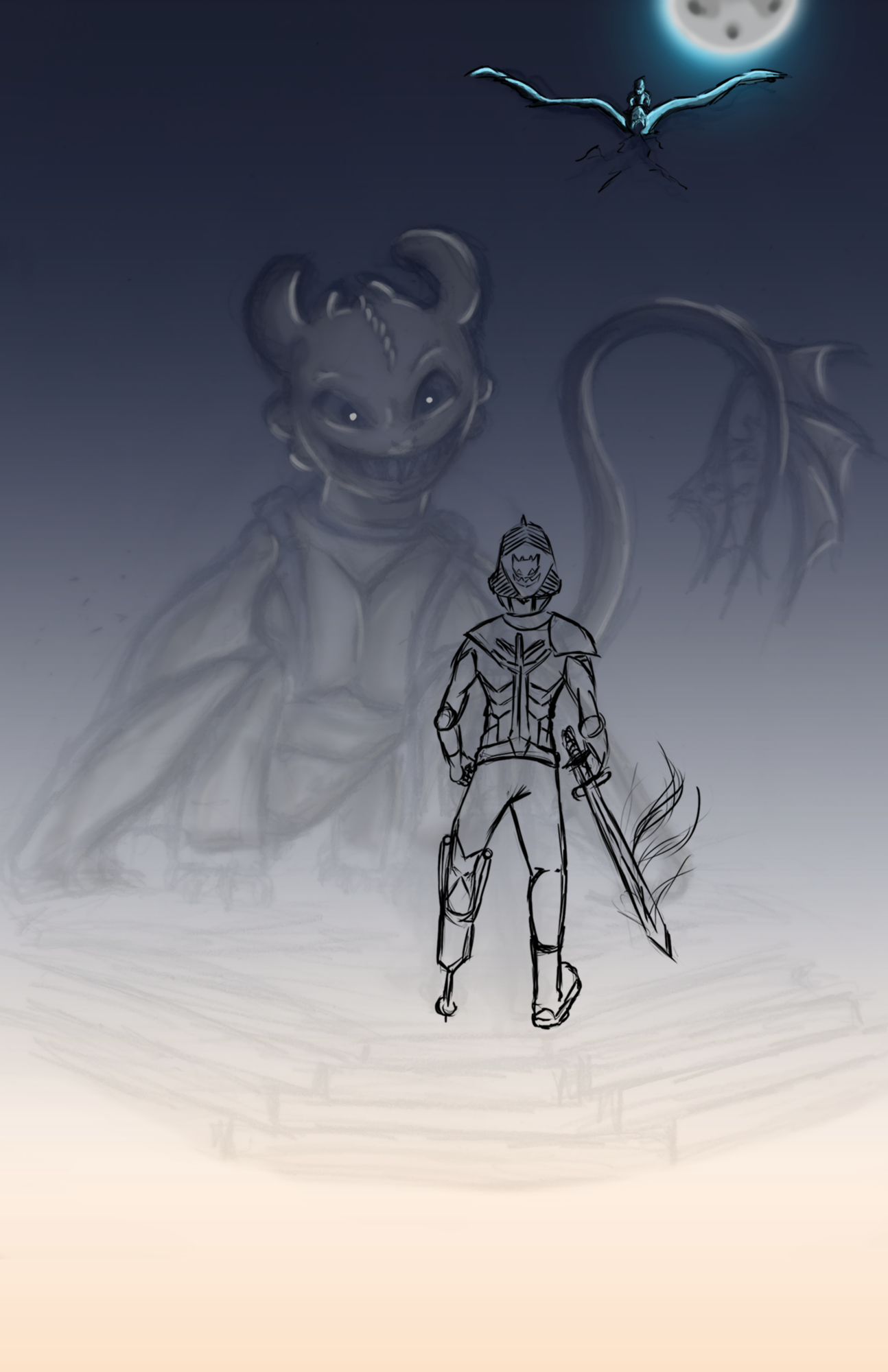 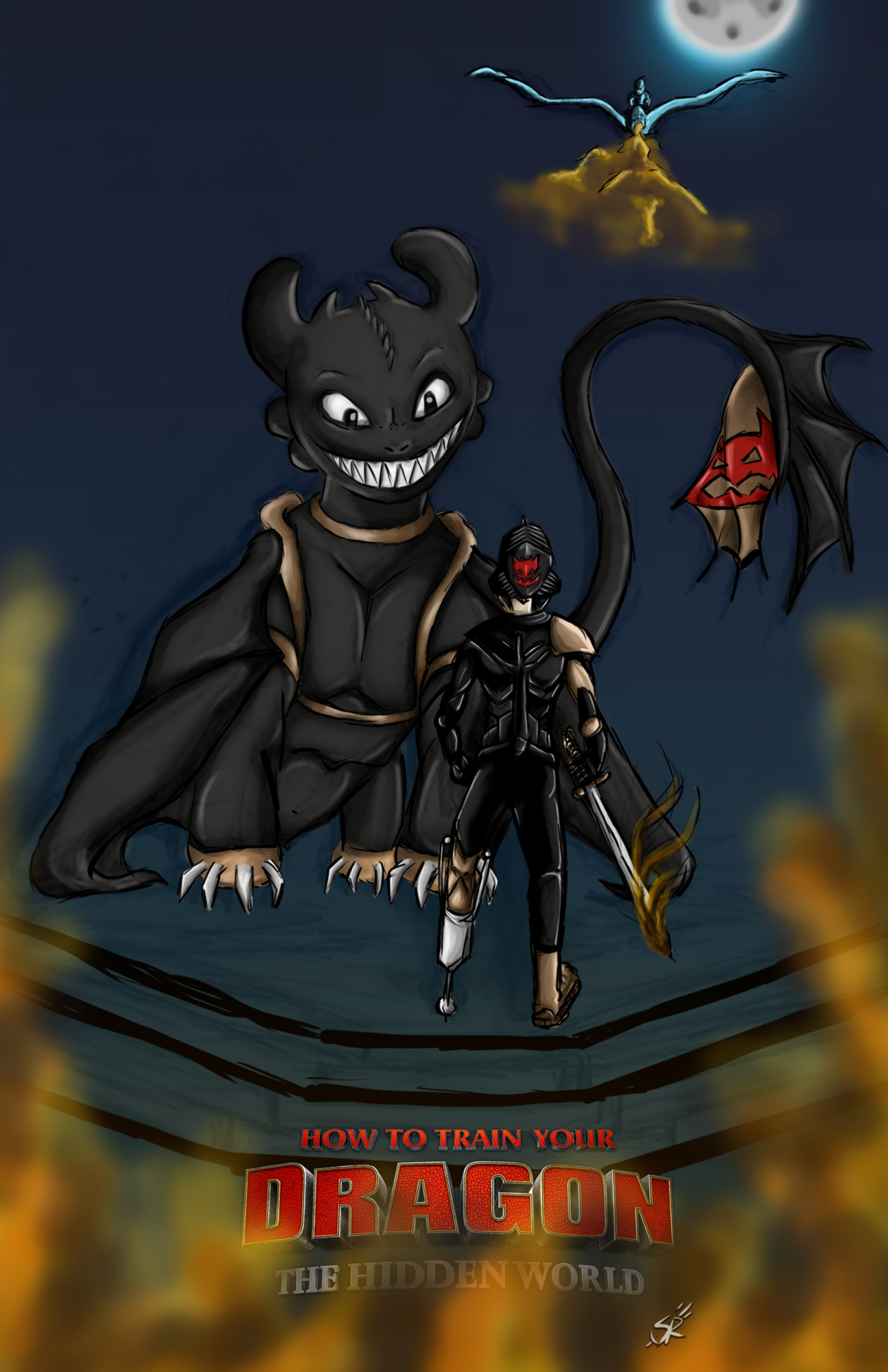 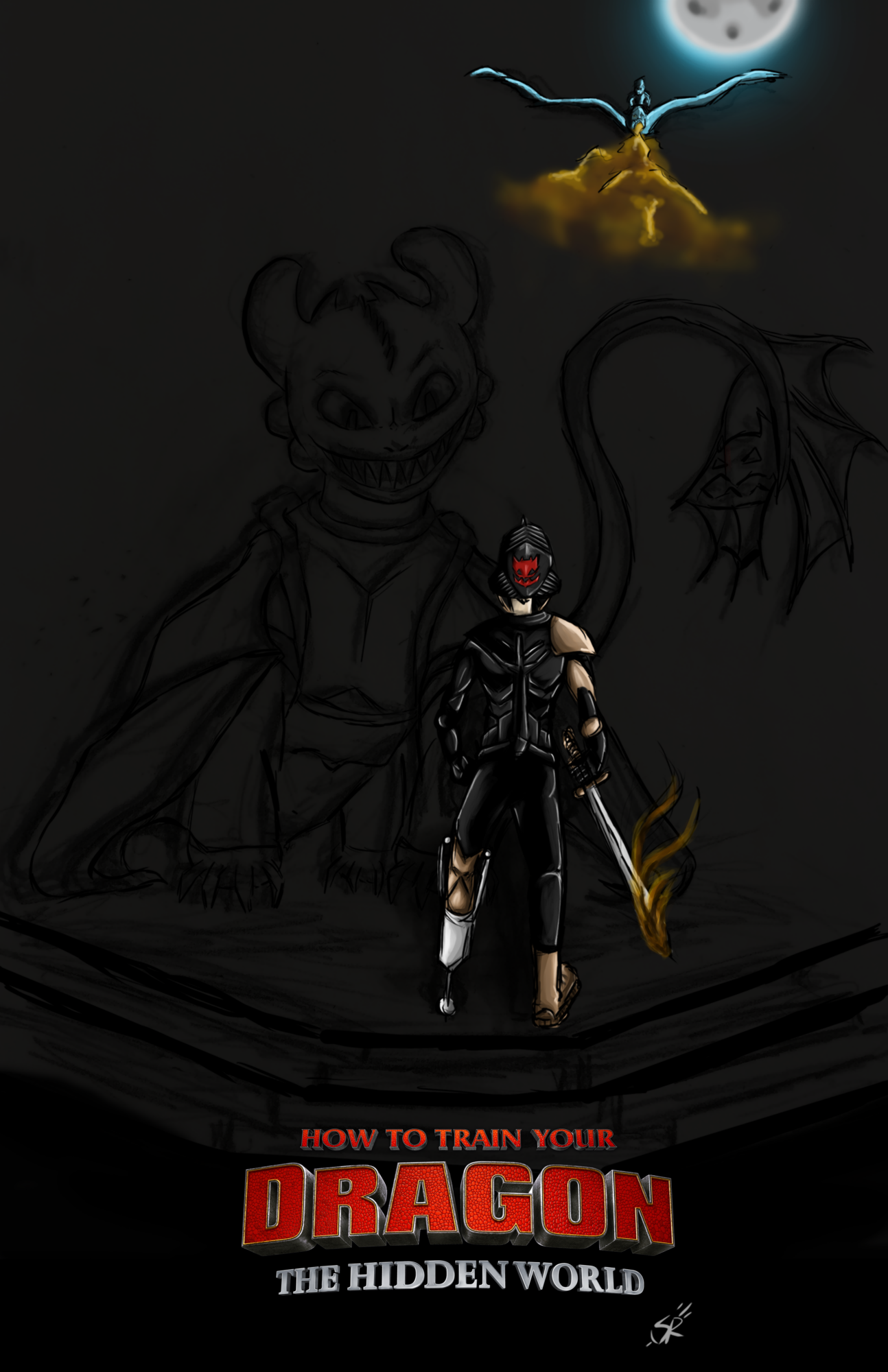 I was inspired by the cartoon to create a little ambiguous poster. In the layout of the characters, in the foreground I wanted to show that there was a certain confrontation between the young hero and the dragon while the latter smiled at him which explains why there is a bond of friendship and trust between them. In the second shot, the character with his dragon in the distance is the anti-hero and he is attacking him. The young hero with his fiery sword has a position like defending the dragon who smiles at him. I chose to create a nocturnal scene because I find that the dark effect gives much more value to the shell of the dragon and the armor of the young hero, moreover the flames burn more intensely in the darkness.