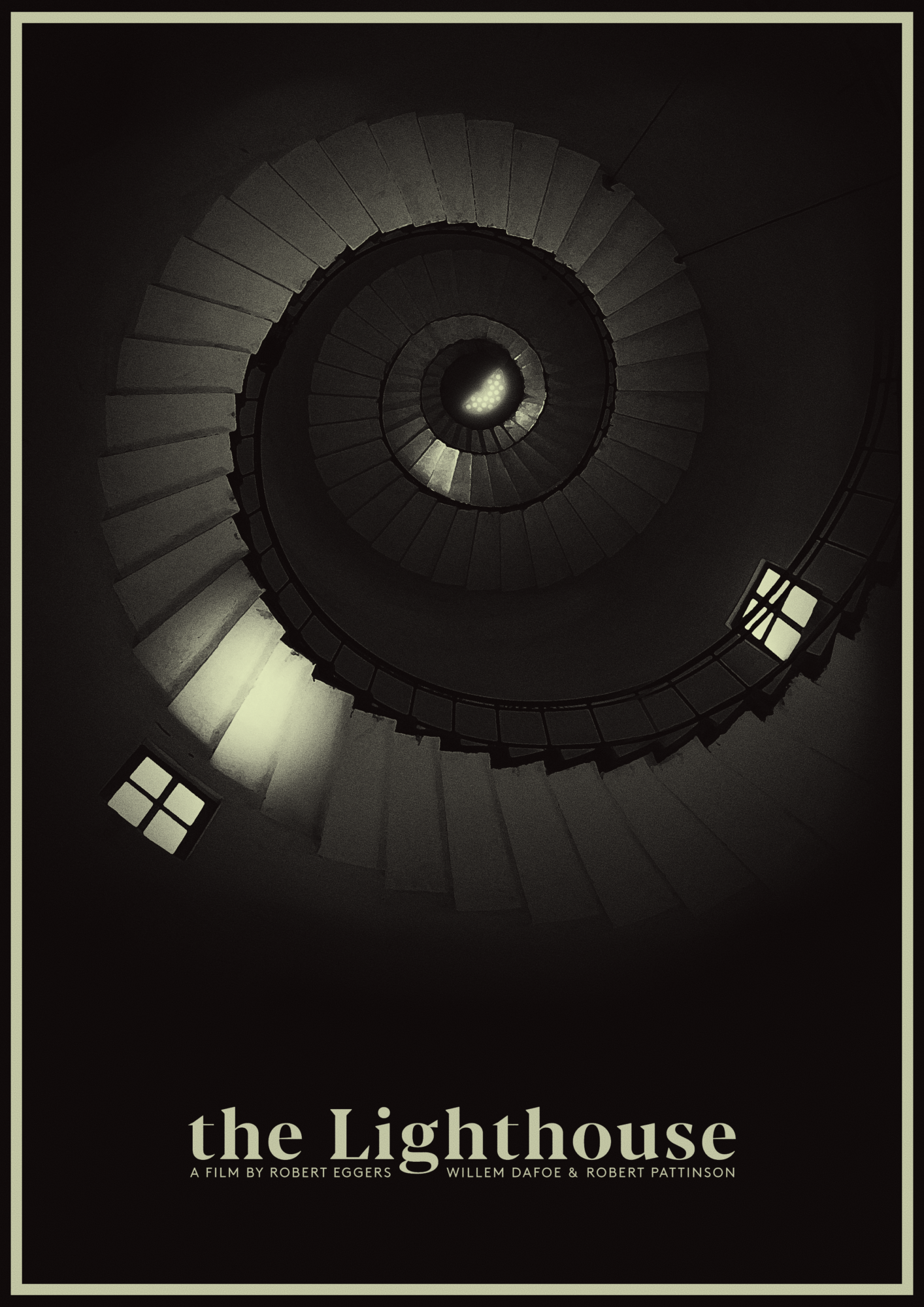 The Lighthouse is a 2019 psychological horror film directed and produced by Robert Eggers, who co-wrote the screenplay with his brother Max Eggers. An international co-production of the United States and Canada, the film was shot in black-and-white with a nearly square 1.19:1 aspect ratio. It stars Willem Dafoe and Robert Pattinson as two lighthouse keepers who start to lose their sanity when a storm strands them on the remote island where they are stationed.