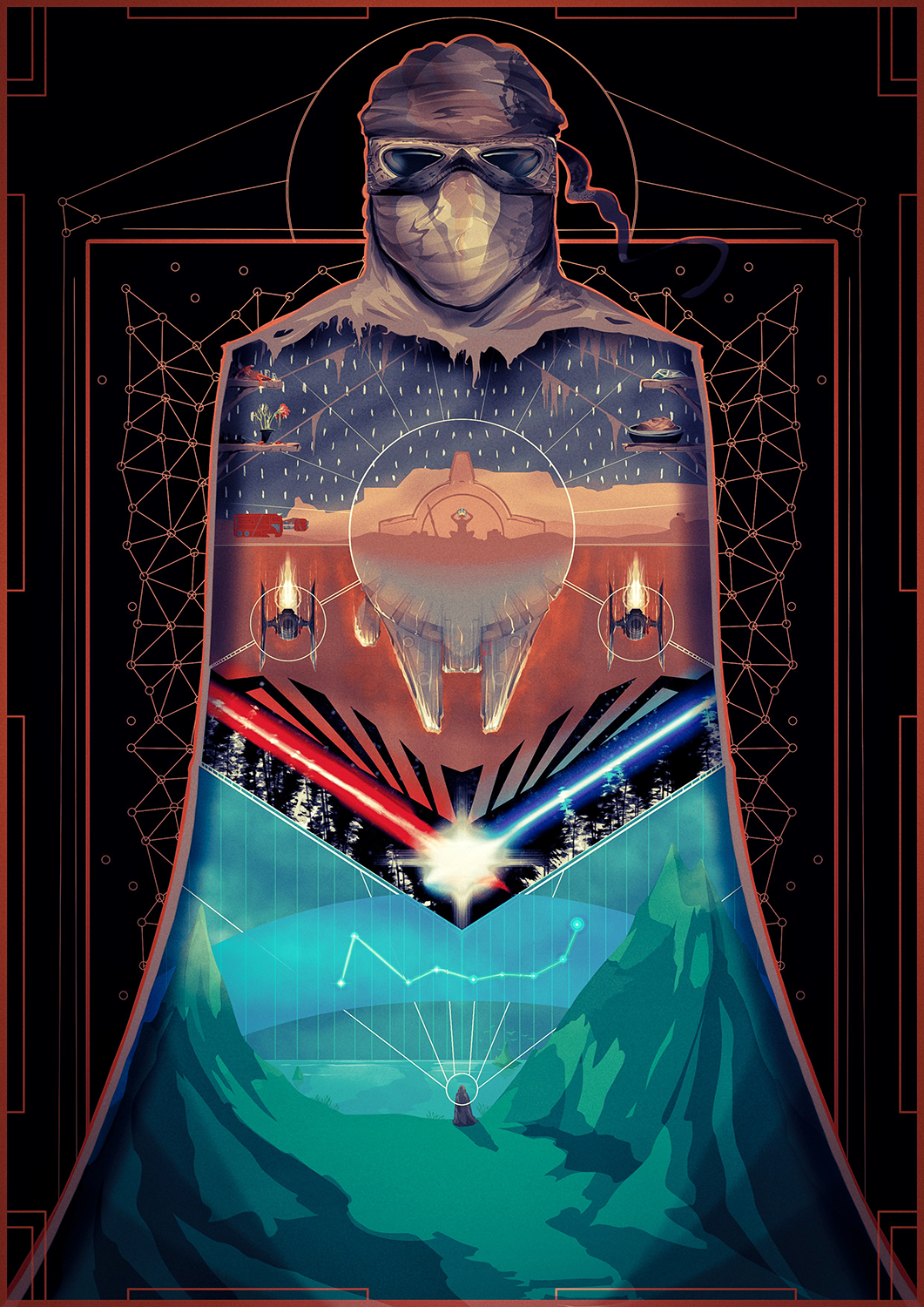 Decided to craft this one around the same vein as my piece for Finn, a sort-of tapestry of the character’s arc throughout the movie. Rey was such a nuanced and well-rounded one though, it was almost impossible to cram all of her richness in a single still image. I decided to start with her wall, with her wait, the limbo of denial that holds her back from who she can be. But the darkness of her harsh survival on Jakku is always punctured by the ease of her spirit, her dormant wish for adventure and freedom; the dolls she sews and that Rebel helmet she pulls on before even finishing to chew on the food that she risked her life for hours before. The Millennium Falcon is what ultimately becomes her vessel that tears her away, through the inevitable quest for the Resistance that she accepts without a second thought. It leads her to places where she discovers the true potential of her power, her strength, and her capacity to be something far greater than she had ever hoped to be. Rey is my absolute favorite and I will fight anyone who talks smack about her. Also, see if you can spot a surprise cameo by BB-8! 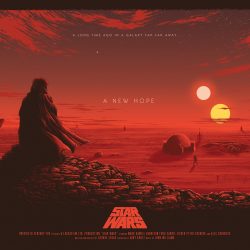