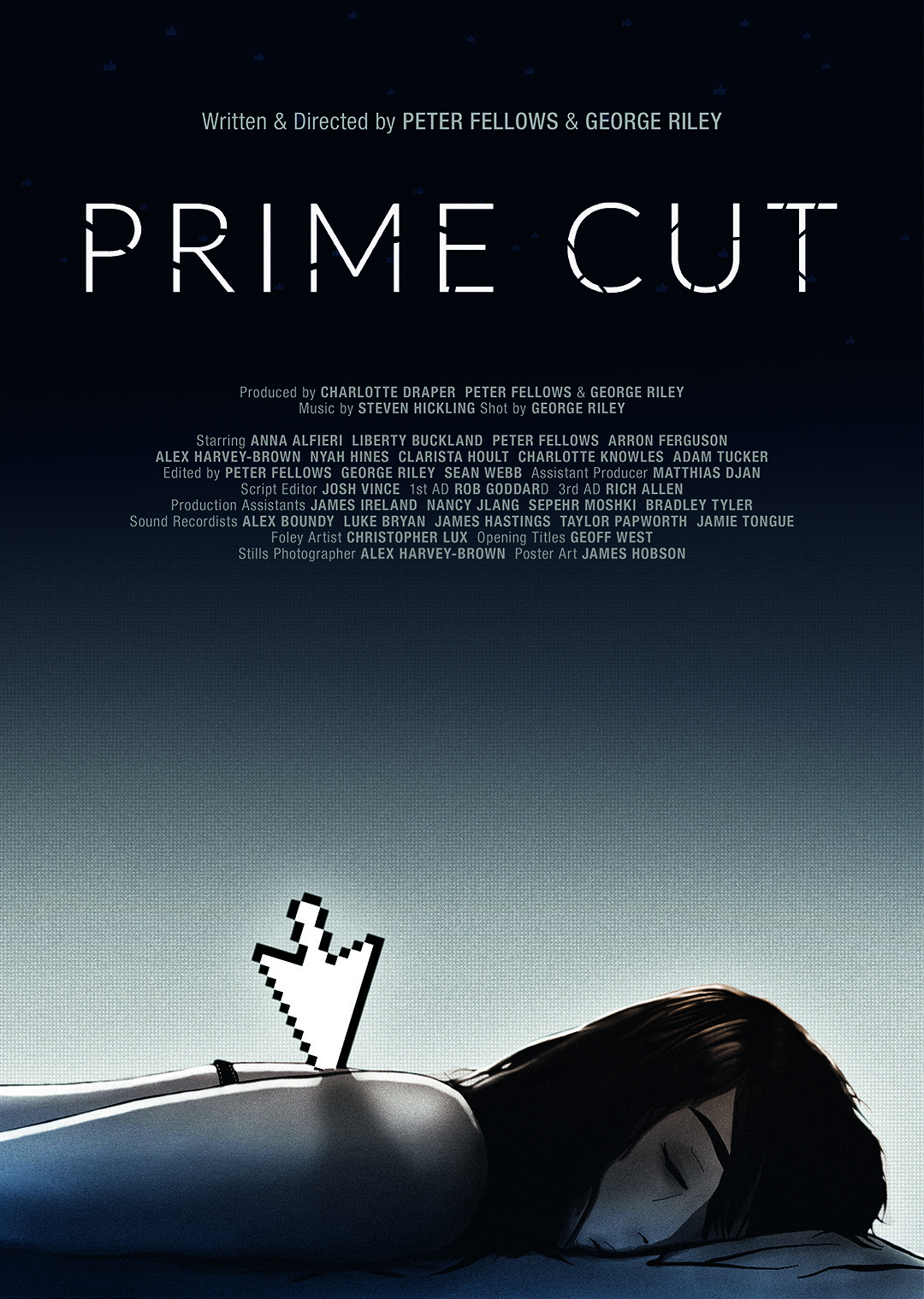 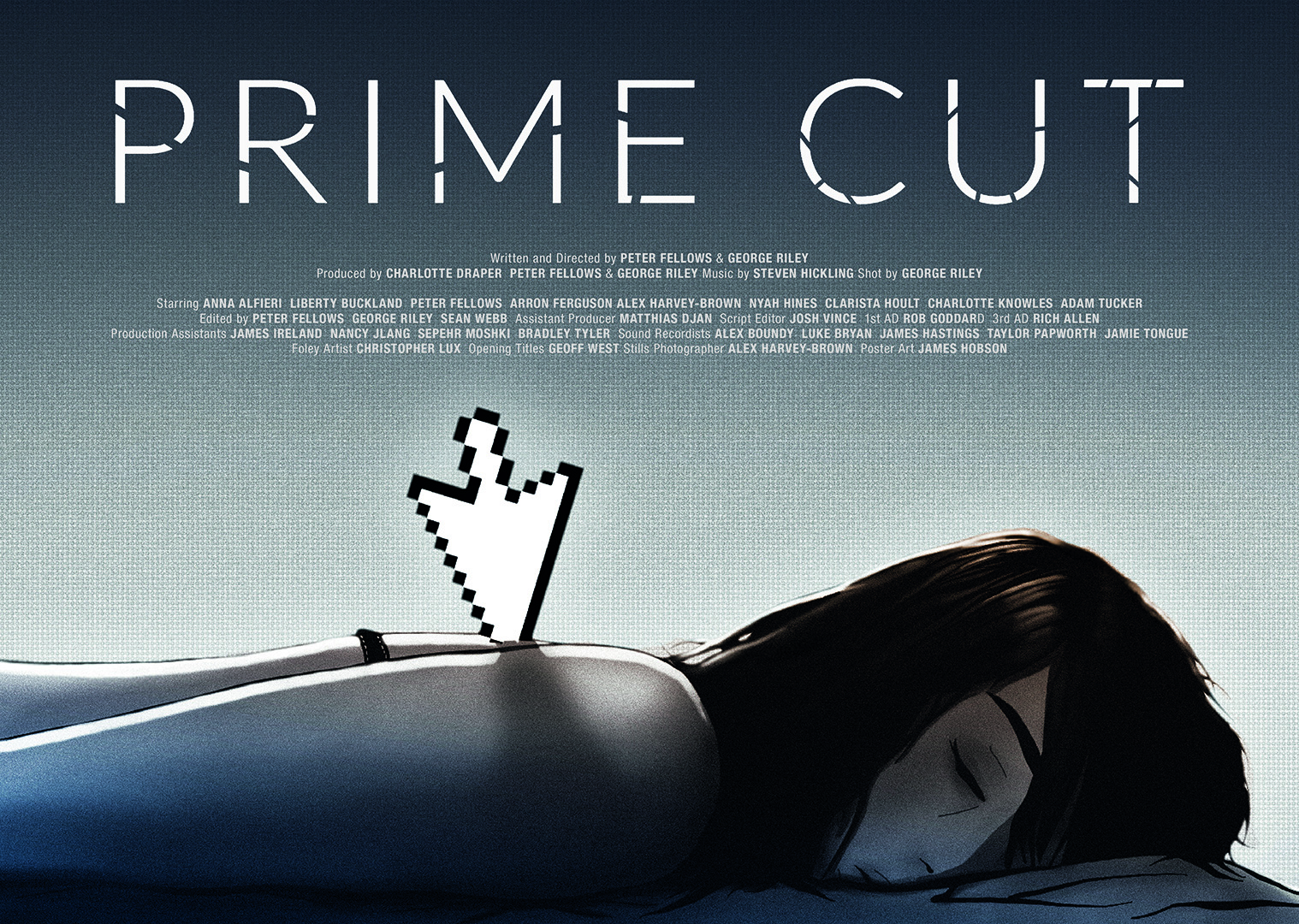 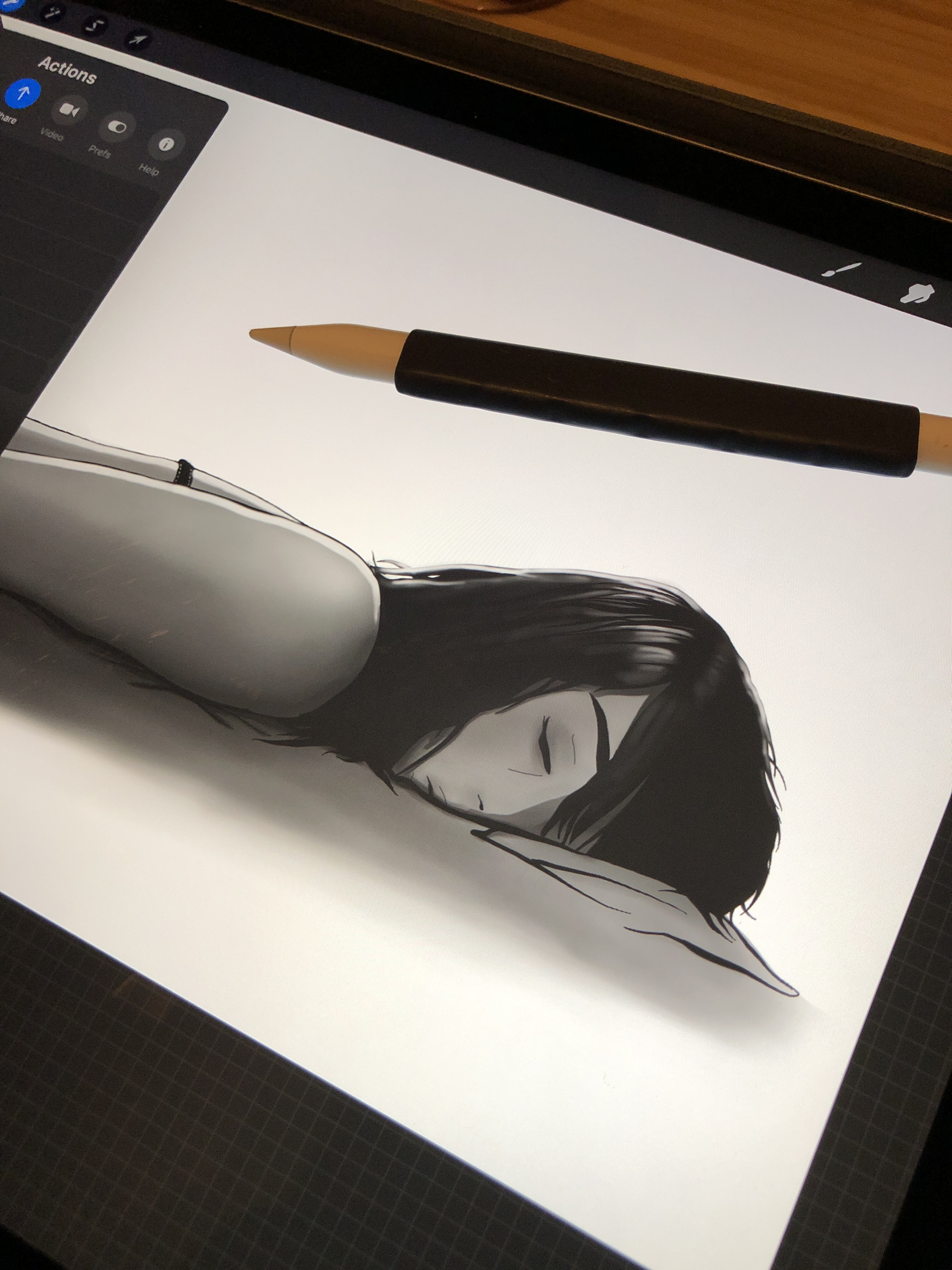 My first client brief used in the final promo of the series/film with credit.

A fantastic and pertinent series about a sociopathic YouTuber. Written and starring Peter Fellows; the writer of award winning comedies Veep and The Death of Stalin.
Directed by the talented George Riley.

I went through a few ideas for this piece before settling on this idea. I wanted to avoid youtube visual cliches as much as possible and reflect the dark tone of the series. But also acknowledge the digital part of the narrative with the cursor.

The palette was intended to be red to link to YouTube branding. But this simply made the poster look like it was promoting a horror movie. Red and horror are so intrinsically linked.

Compositing and gradient work in Photoshop. The background ‘monitor’ look was created in Photoshop using a pattern created from thousands of tiny circles which then produce a moire effect.

Final compositing and text in InDesign.

There are subtle social media ‘thumbs’ above the title which have turned into a bit of an easter egg.

As part of the campaign I also designed social media art versions in differing formats.