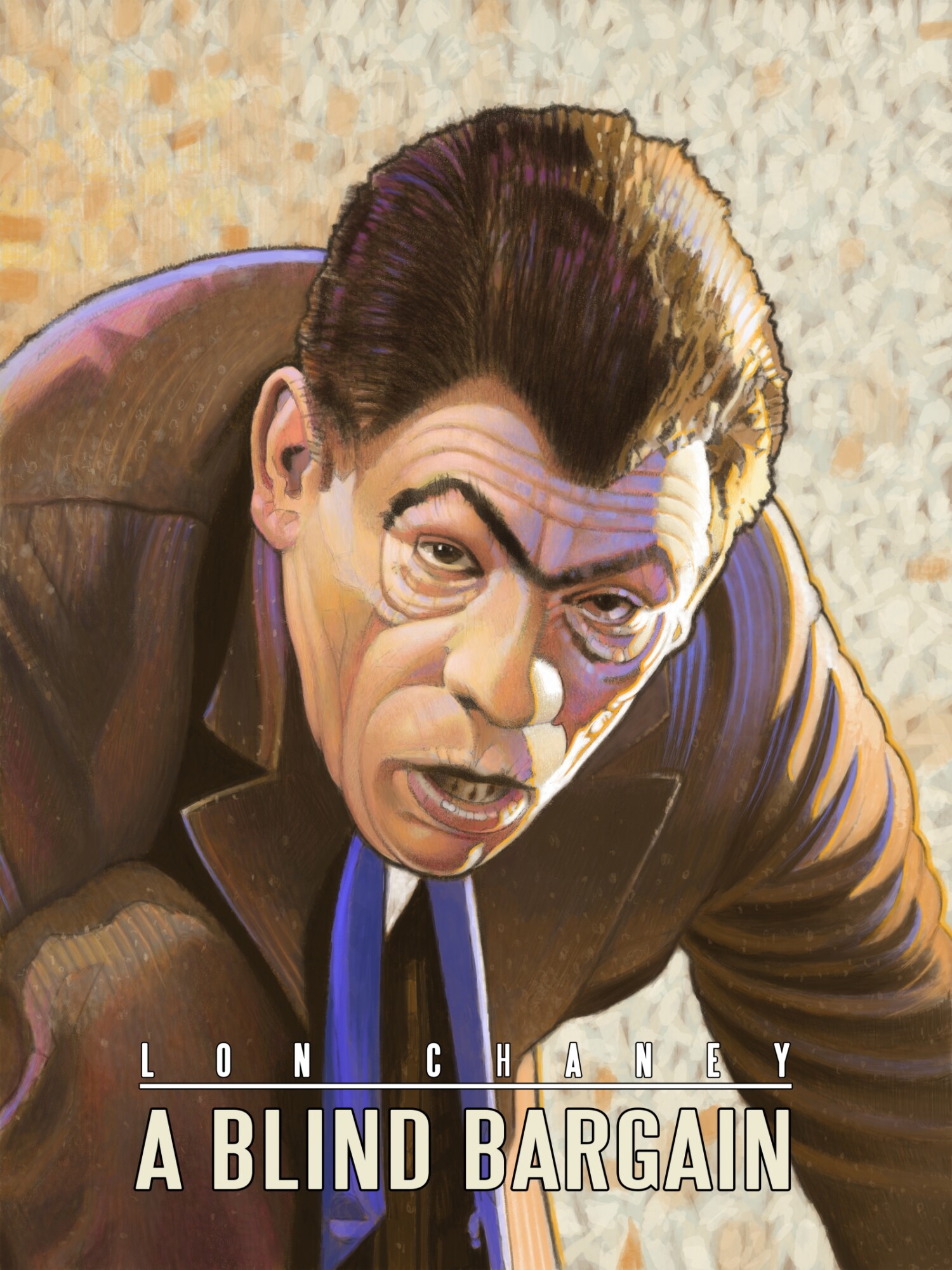 This is a tribute piece to the mastery that is Lon Chaney Sr. Here is a depiction of Chaney as the pitiable dim-witted ape man from “A Blind Bargain”. Incidentally, this is but one of two roles Chaney played in the movie. Chaney also played a mad scientist.