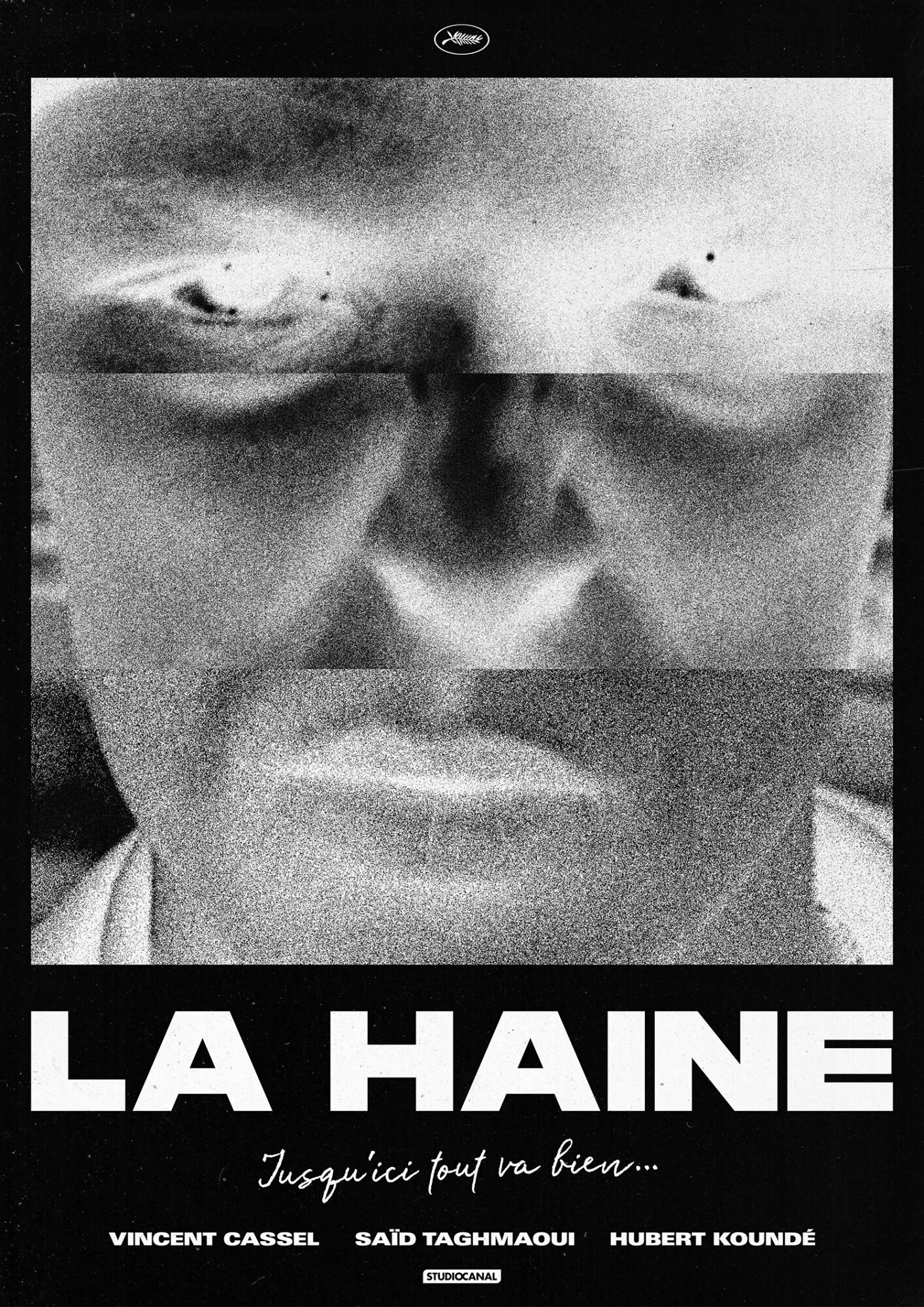 La Haine “Hate” is a 1995 French independent black-and-white drama film written, co-edited, and directed by Mathieu Kassovitz. The film stars Vincent Cassel, Hubert Koundé and Saïd Taghmaoui, and chronicles a day and night in the lives of three friends from a poor immigrant neighbourhood in the suburbs of Paris.