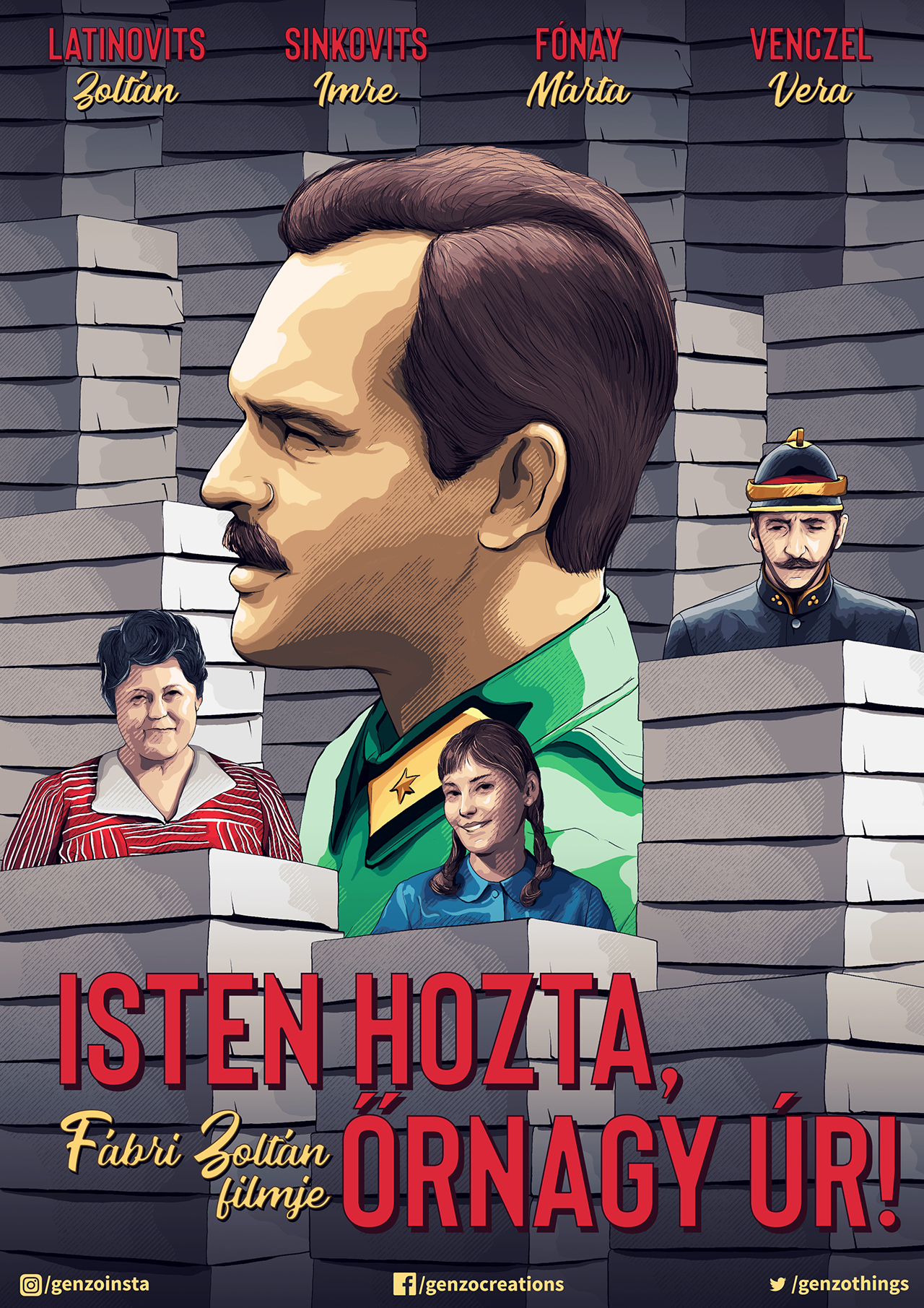 Here’s an alternative poster for “Isten Hozta, Őrnagy Úr!”, a brilliant Hungarian comedy-drama from 1969, that celebrates its 50th anniversary this year. It’s starring some of the best Hungarian actors of that generation (to be honest, a very few actors from this generation can at least reach this level), and it’s directed by one of the greatest Hungarian directors of all time, Zoltán Fábri.
I just want to do some Hungarian movie posters from time to time, between two superhero and/or blockbuster franchise pieces.