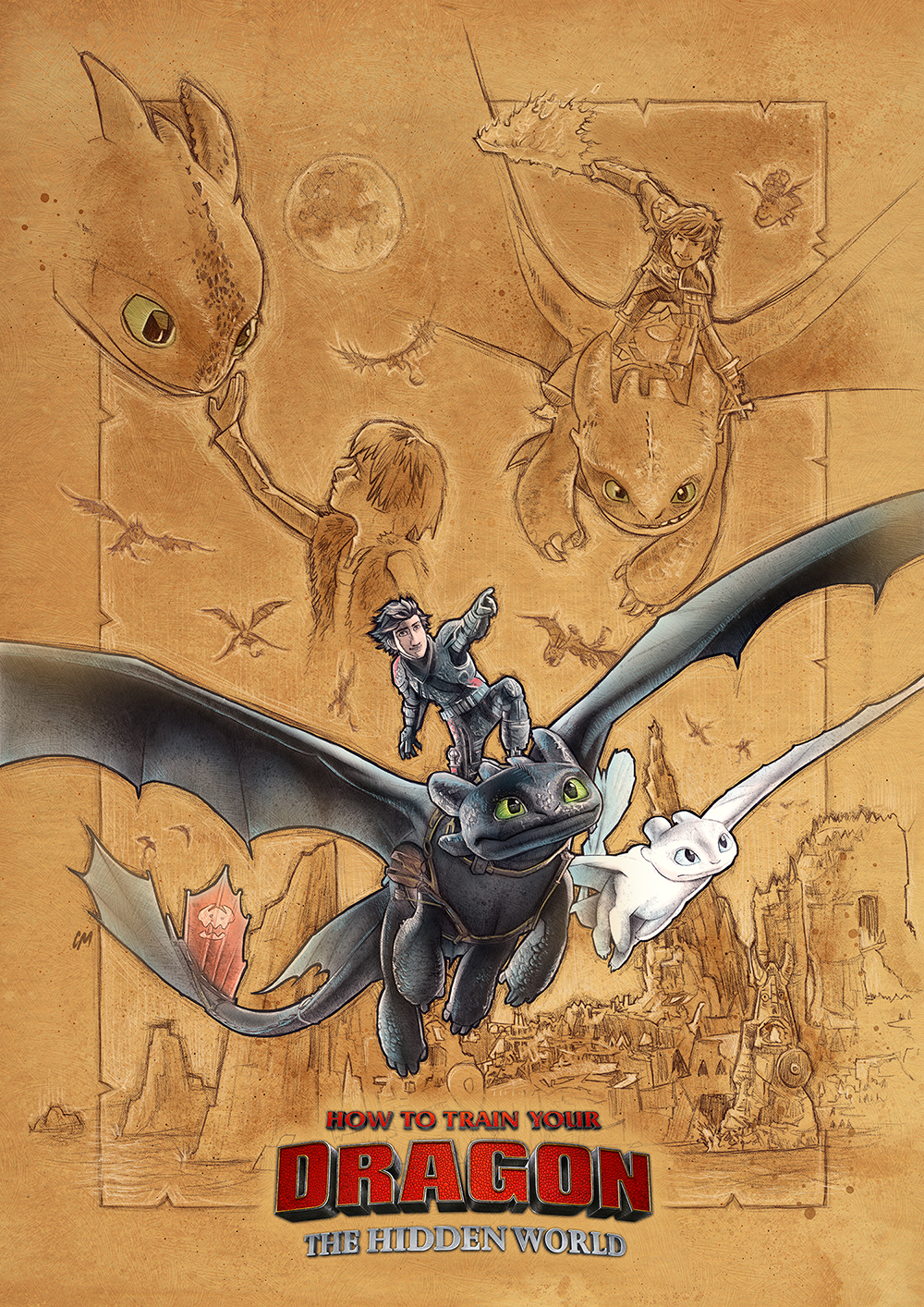 How To Train Your Dragon (option 3)

I wanted to create another illustration for this contest as I felt that my previous entry didn’t really solve the brief. So for this drawing I wanted to include some imagery from the previous two movies, and also a hint of the town where the characters live.

I wanted to re-use the main part of my previous illustration while teasing in the memories from the past as sketches to imply that they are from another time. I also hoped that it would refer back to the imagery used in the credits on the first movie, which were in a sketchy style on parchment paper.