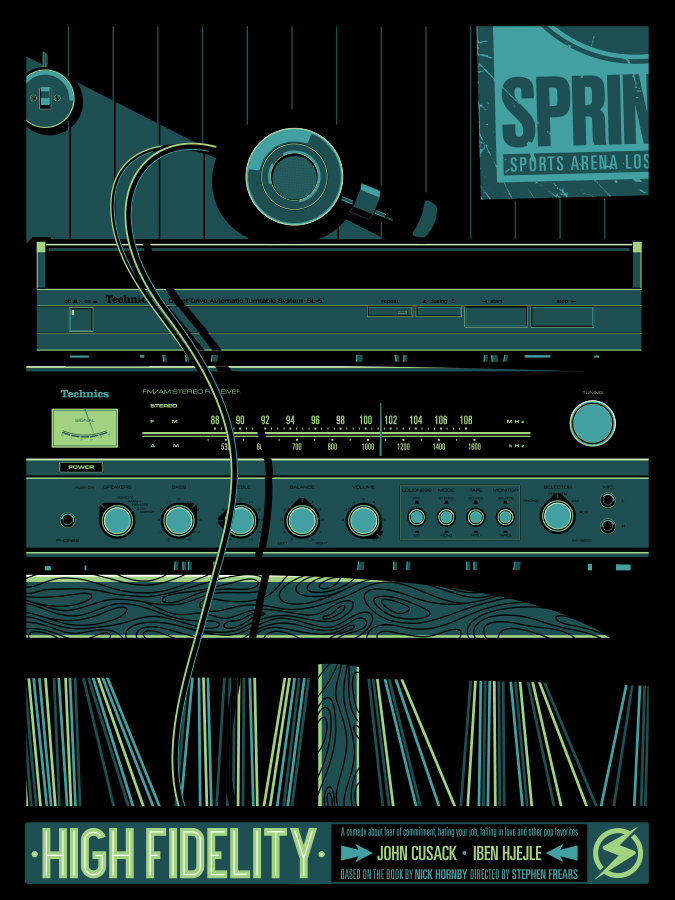 High Fidelity, love the book but I gotta say, love the movie even more! — It’s such a great film, relatable, quotable and the performances are just great, Jack Black is awesome in it and John Cusack is… well, John Cusack, which is to say awesome! Everybody just nails it!

I was really careful to select the very same Technics equipment that my parents had back in the day, so it was also a trip down memory lane although I was not allowed anywhere near those things :-)

This was just a labour of love, no real point behind it, not for a show or anything, just because I love the film and wanted to share that with you guys, there’s not one scene I especifically wanted to portray, just music equipment, you know, just the feeling of loving the music as a companion to all the hearthache “Did I listen to pop music because I was miserable? Or was I miserable because I listened to pop music?”

So go ahead and post your favorite quote from the movie, I’ll start:
” I know we don’t have any customers, but I thought that was a bad thing, not like, a business strategy”