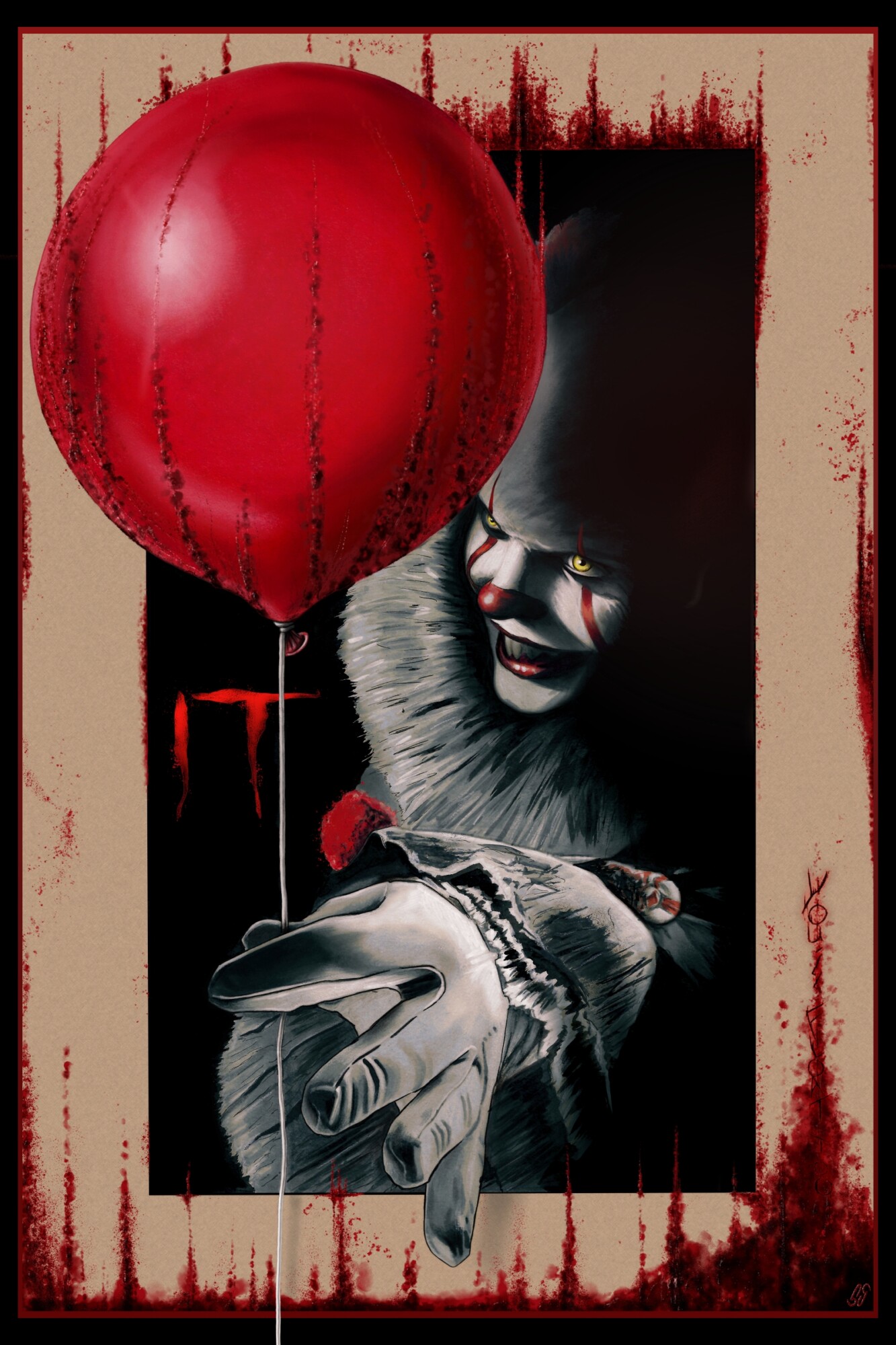 Done traditionally with Ink and markers, then scanned in and digitally finished. It says “You’ll Float Too” in the blood in the bottom right in case you miss it. The goal was to create a sort of optical illusion and give it a very 3d effect to where if it were a poster you could even tie a string to the bottom of the frame for added fun. I wanted to capture the creepiness of Pennywise from the first time we see him in the storm drain while still getting elements from the bloody bathroom scene later in the film.

0
Uploaded
3 years ago
Category
IT Movie