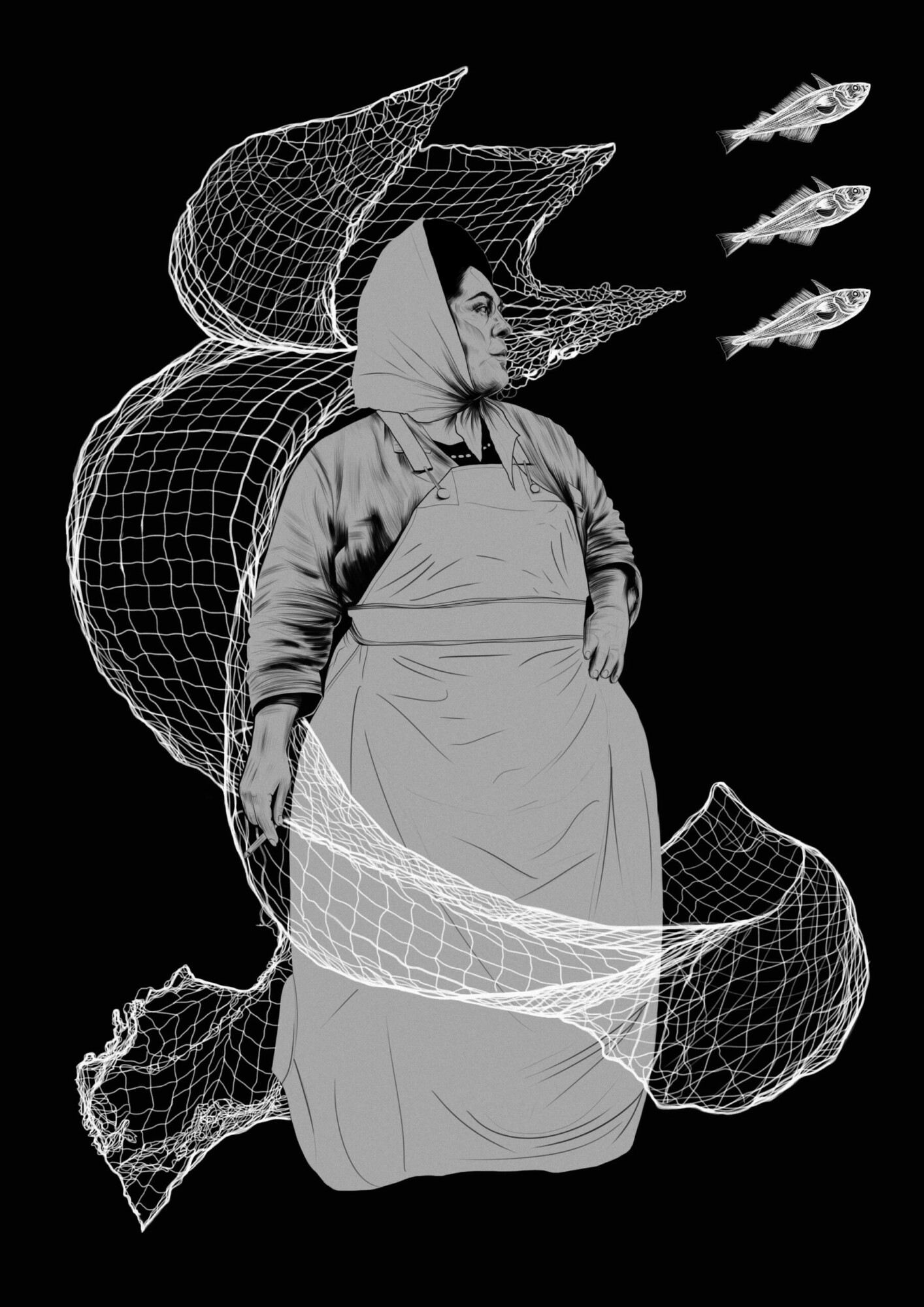 My tribute to International Women’s Day 2018. This is an illustration of Lillian Bilocca (Big Lil), who organised one of the most successful British civil action campaigns of the 20th century. After three fishing trawlers were lost at sea killing 58 men, a group of women named the ‘Headscarf Revolutionaries’ dedicated themselves to fight for decent health and safety standards in what was then one of the most dangerous industries in the world. A petition was signed by 10,000 people in 3 days calling for change. They picketed the port, lobbied ministers in London and stopped unsafe trawlers going to sea until the owners agreed to the changes. For their efforts, she and her fellow ‘Headscarf Revolutionaries’ were met with disdain, misogyny and even death threats by some men and trawler owners. She was blacklisted and never worked in the fishing industry again. But the campaign worked. The law was changed, and thousands of lives were undoubtedly saved.