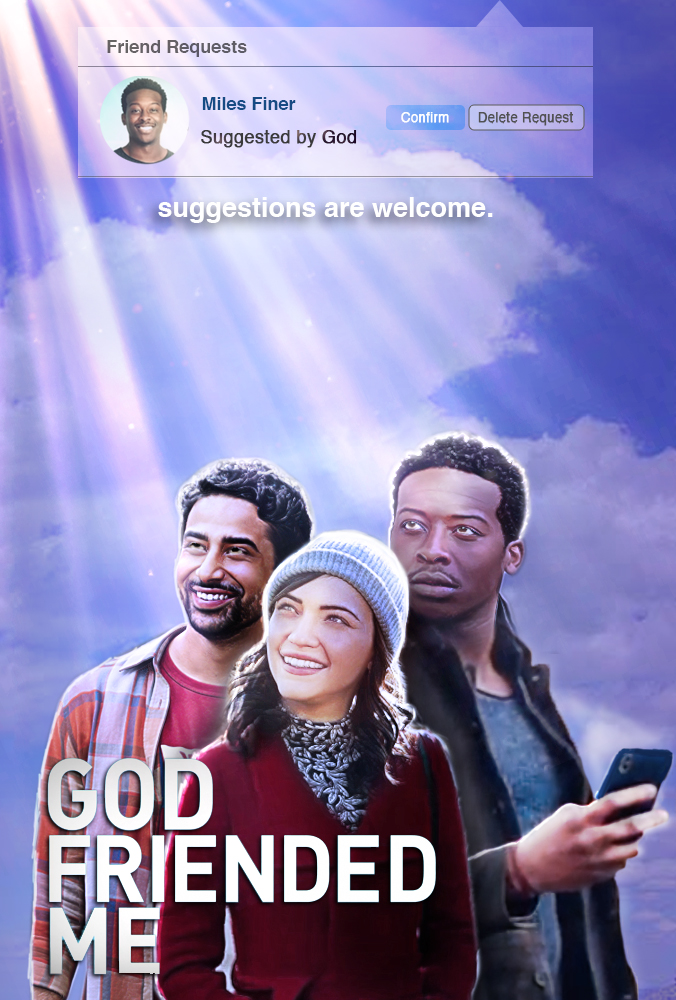 God Friended Me, is honestly one of the most positive narrative show on television. It isn’t preachy about God, but instead if anything it’s preachy about positive thinking. The concept of the show is that “God” sends the main character a friend request on Facebook and consistently sends friend suggestions on people to help. However in the second season it’s the main character Miles who is now the friend suggestion to strangers he’s never met before.