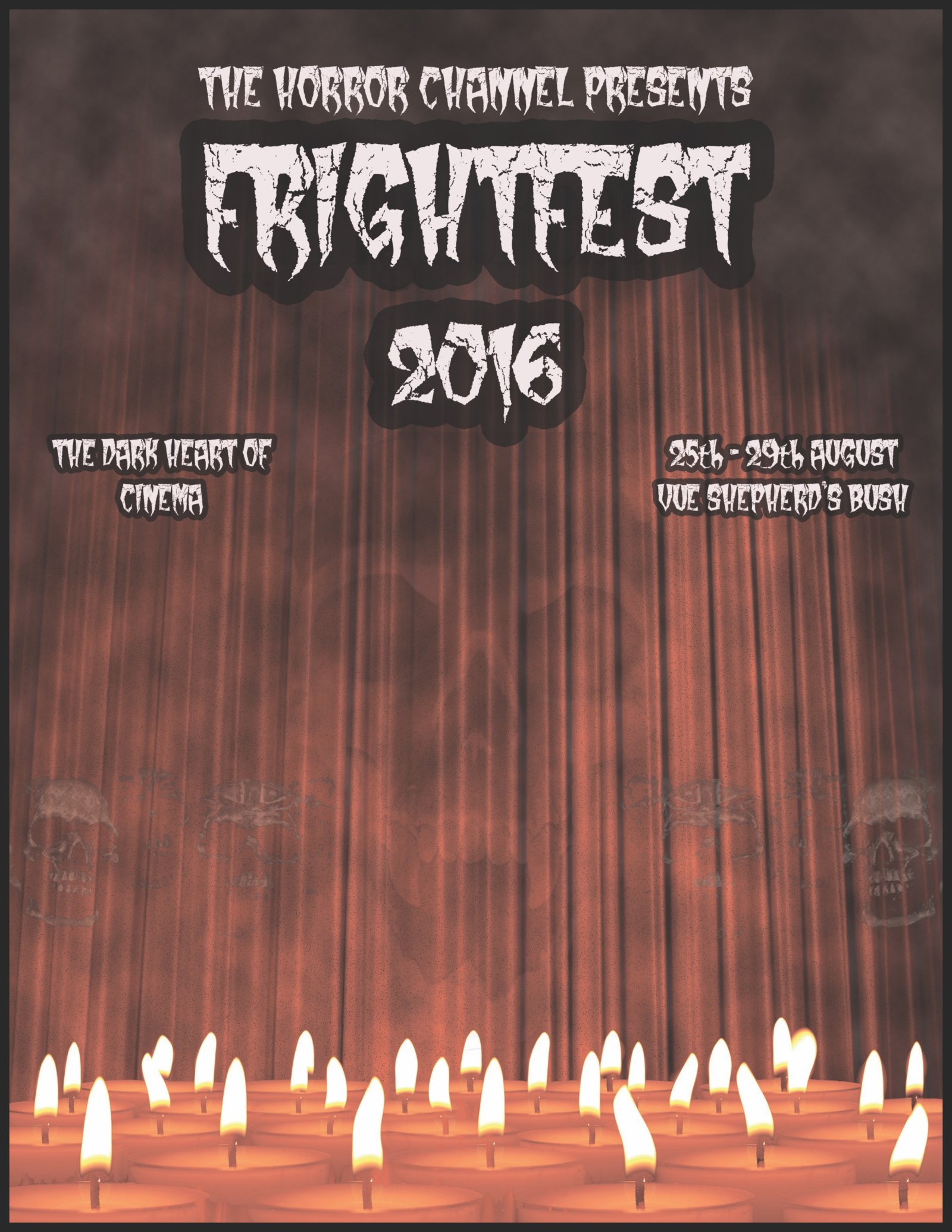 A basic design that tries to incorporate the cinema feel through the red drapery in the background. The Candles lit at the bottom are there to show that it is now time for the festivities to begin. I tried very hard to make it seem as though the ghostly skulls were gradually forming from the smoke that fills the majority of the display area and incorporated it all in to a lightly bordered poster. To add, the text is something that took me a while to get right; through adding a deep stroke around the outside i felt that it stands out more prominently than my first draft. In an attempt not to clutter the poster, I tried to keep it simple and in its most basic form. Not a touch on some other entrants but I do hope you like it!