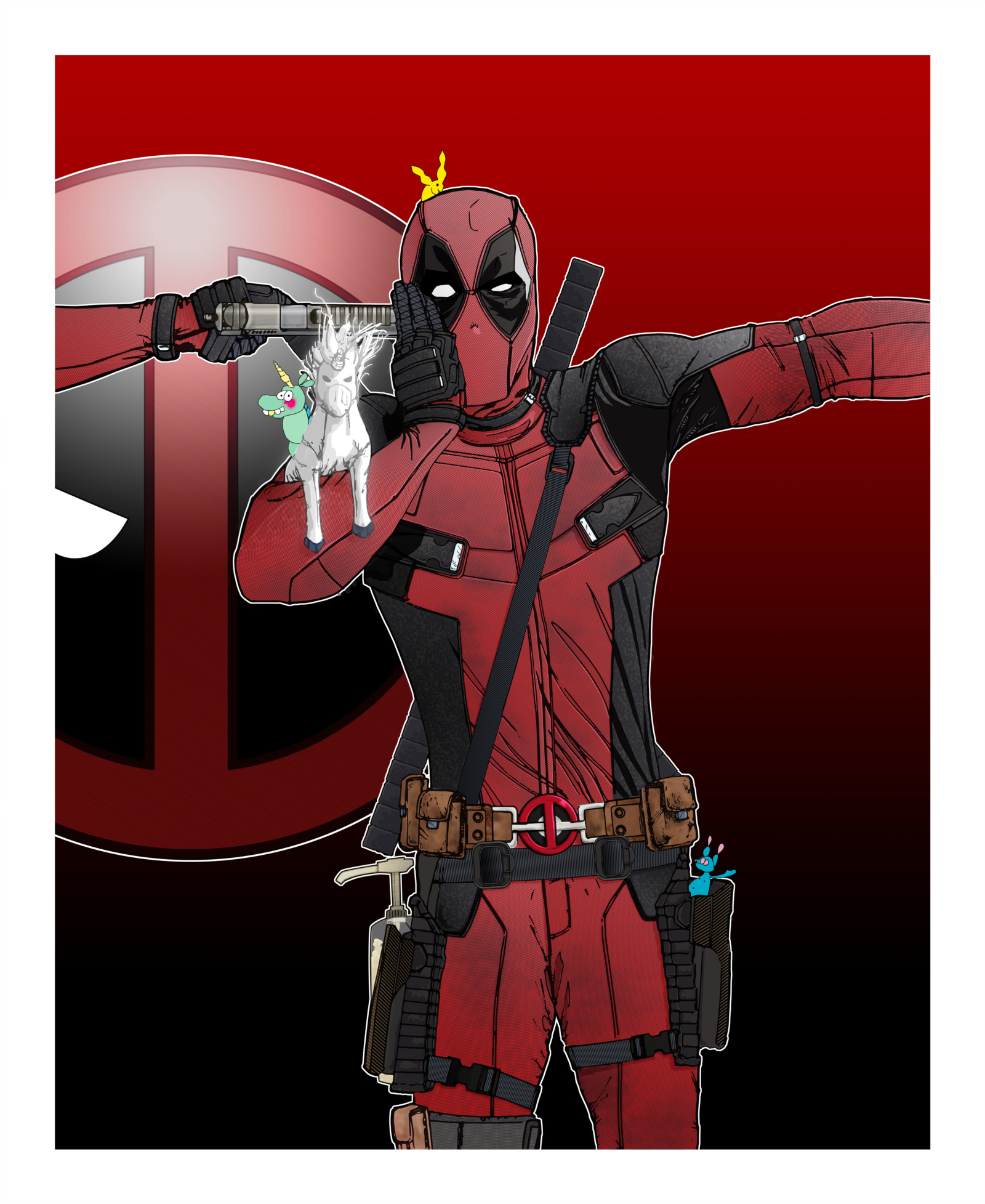 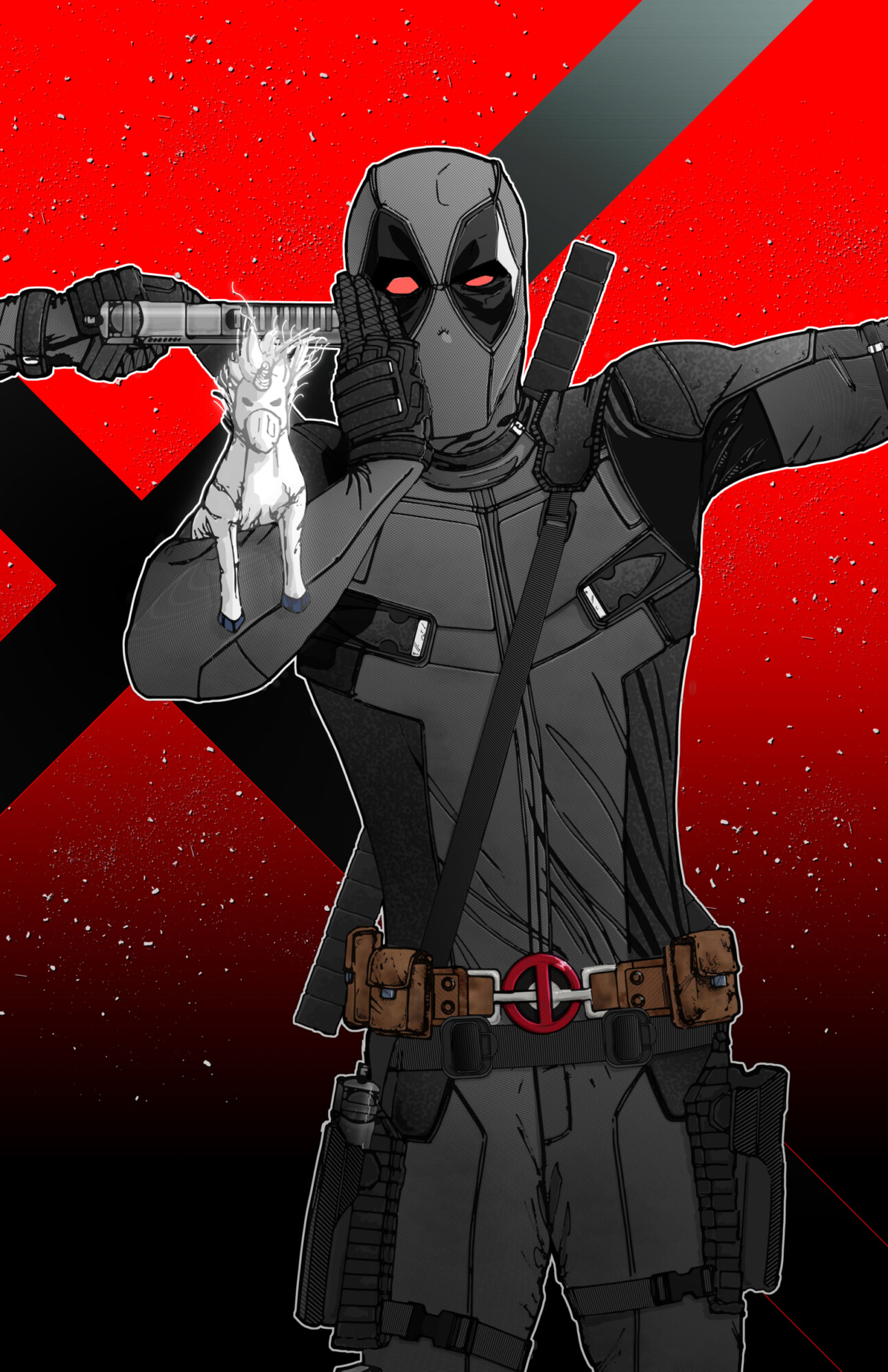 This character poster of Deadpool was inspired by the film. There’s quite a bit of detail in the suit itself which can be seen along with his unicorn, odd animations and of course his bottle of lotion. Variant “X-Force” Edition The “X-Force” edition variant is only available in 11″ x 17″ and printed on metallic luster and features Deadpool in his gray and black uniform. The unicorn stays but the lotion goes, this version is business first and self gratification later.