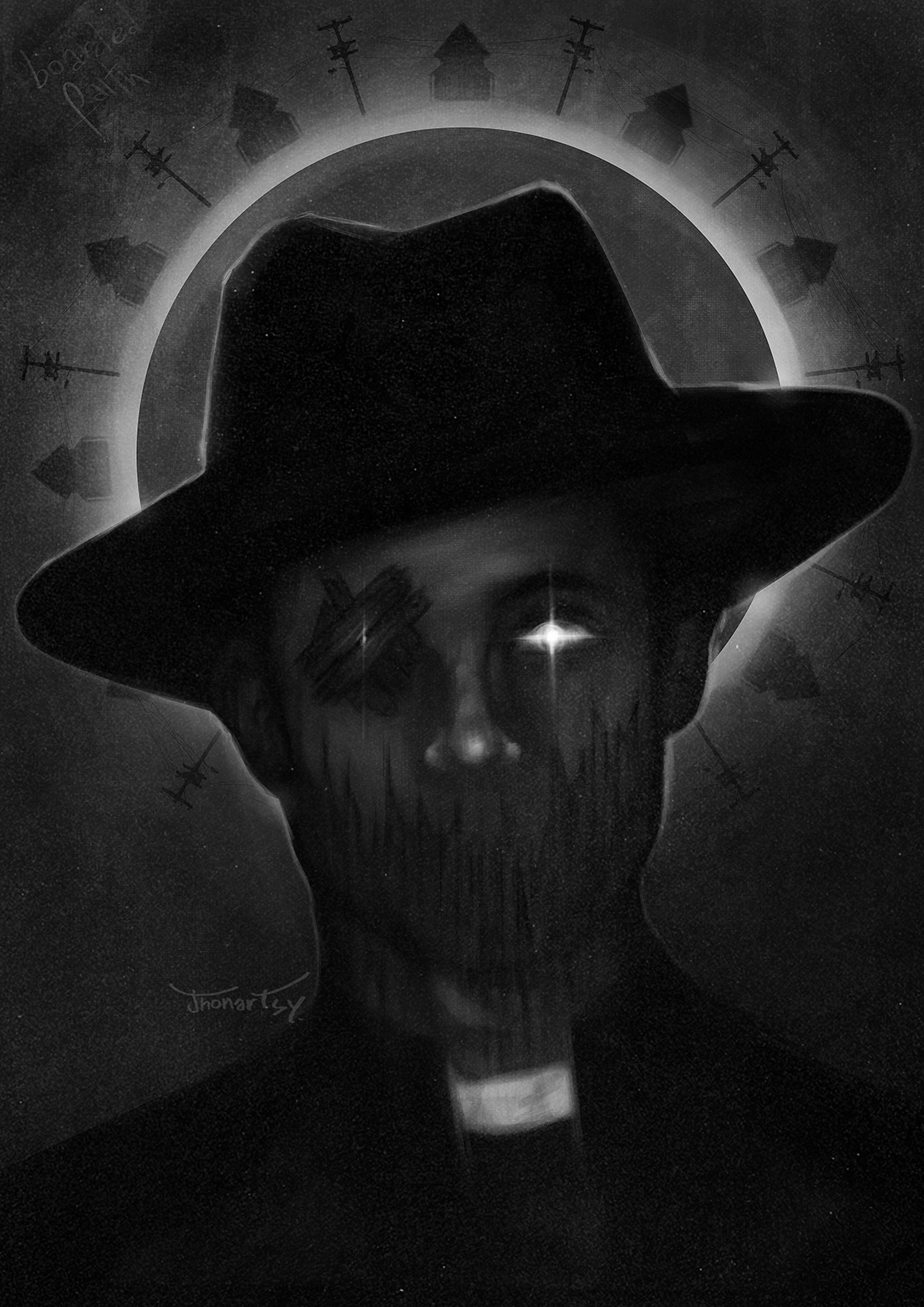 Original piece. This one idea was supposed to be a Midnight Mass fanposter, but I thought better and it was too specific and precipitate since I still don’t know anything about the show other than what I’ve seen and read: a small town with little houses made with wood and a young priest. Also, I was afraid people were tired of me with the same content over and over for the same show, but at the same time I thought the idea was too good to be discarded. And I was so inspired that I finish in less than 24 hours. I also enjoyed making a original piece for the first time and I intend to do more of these in the future. I gave it the name “boarded faith” because I enjoyed the concept of a young priest with inconsistent faith having the later “covered” after so many awful things he could’ve seen, so now his eyes and mouth are boarded like a window, blocking his faith. The little houses around his hat and the light poles are made with the same wood that is covering the faith in his eyes and words.