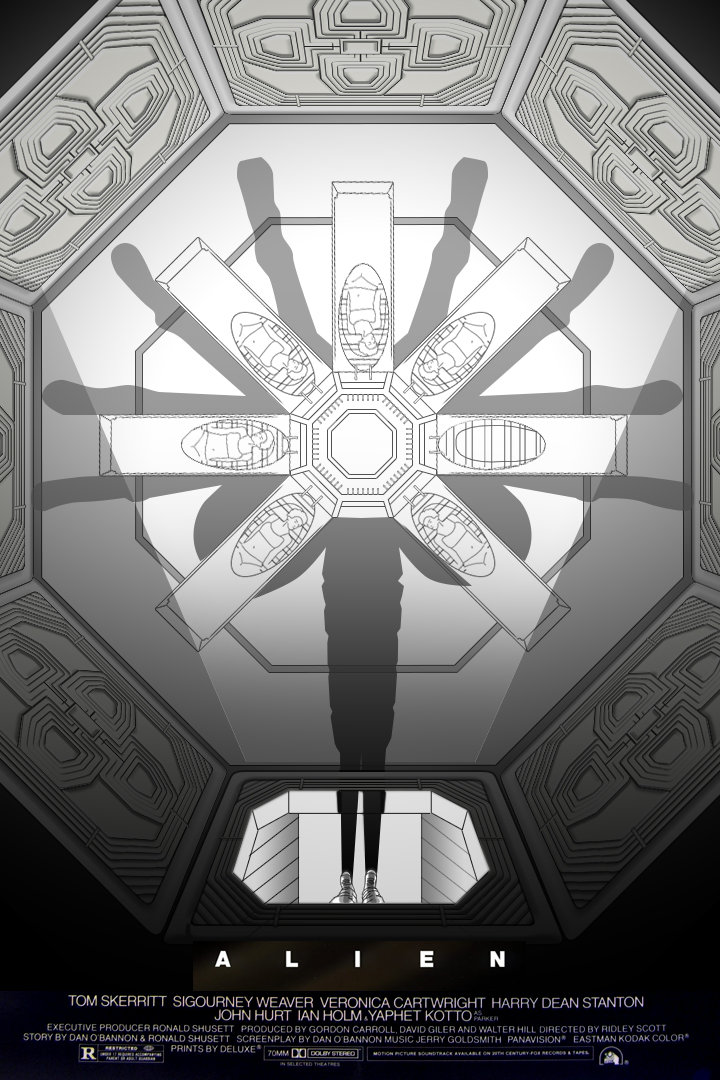 An overhead WIP image of the hibernation chamber. One of the pods, belonging to Ash is empty, but he can just be seen in the doorway to the room. As an Android, Ash has no need for Hyper-sleep, and like David in Prometheus, it’s easy to imagine him wandering the ship while his human crew mates remain in stasis. As he stands in the doorway watching them, he casts a shadow into the room, stylised to reveal the silhouette of the Alien Facehugger, which, through his (and the company’s) actions is brought on to the ship, leading to the destruction of the Nostromo, and the deaths of all but Ripley (and Jones the cat).