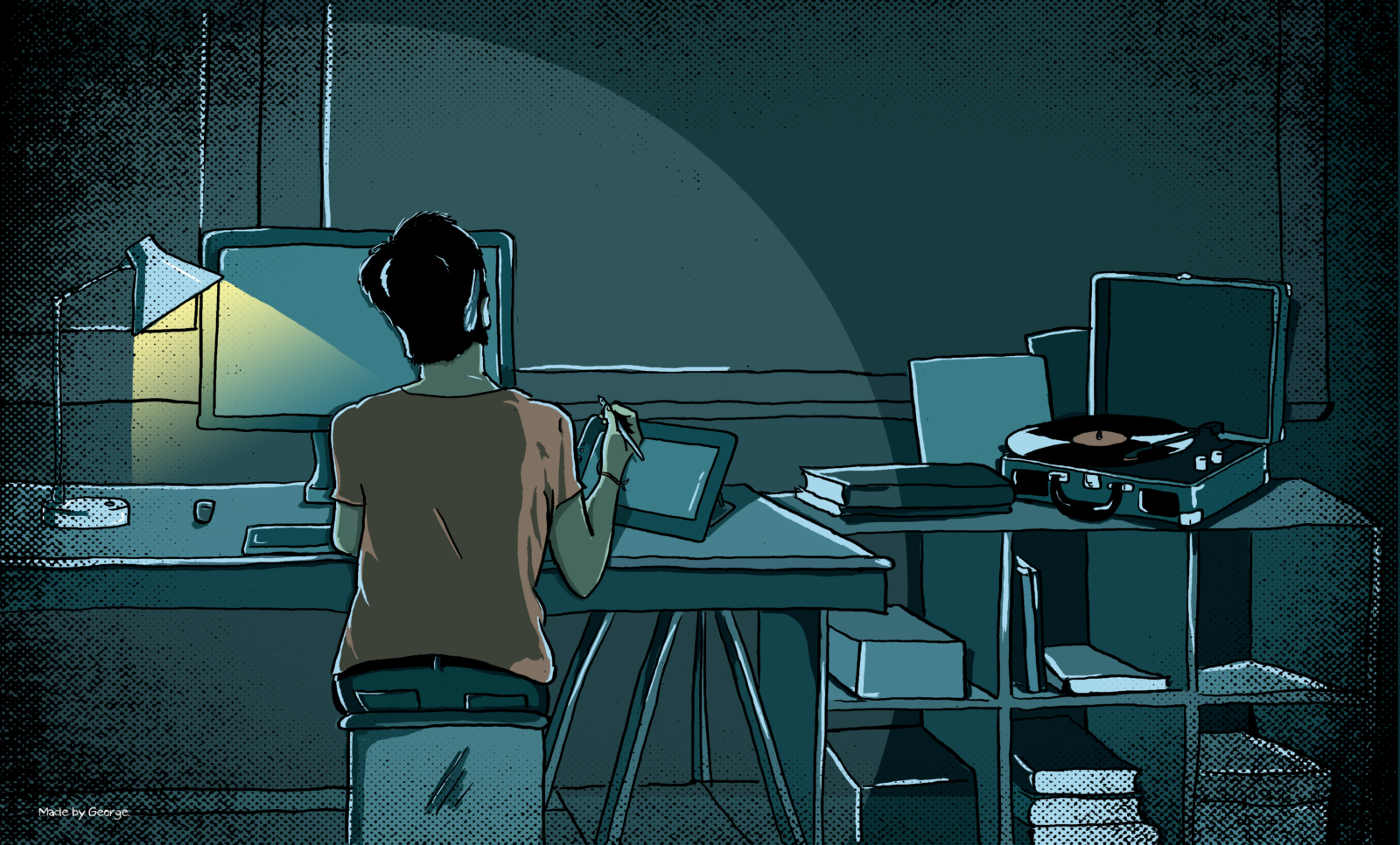 Australian illustrator, George Katralis, has only motto and philosophy in life, ‘make it happen’, it’s as simple as that.
​
From a very young age, George began to show signs of artistic talent, this encouraged his parents to help him explore more creative endeavours and give up any dreams they had of raising an Olympic athlete.

George was enrolled into after school art classes, taken to exhibitions and became the owner of more junior art kits any child really needs.
​
Upon finishing High School, George received a full academic scholarship to study Graphic Design and Multimedia and has gone on to have a successful career as a designer and illustrator ever since, leaning his talents to various film and music projects and several publications over the years.

Since 2011, this self-proclaimed ‘Dilettante’ resides in London, enjoying what he describes as his ‘creative renaissance’.