The Many Ramblings of a Movie Geek: I’m BATMAN Ft. Simon Delart

Many, many, many, many, many, many (and probably a few more many’s) years ago, in a land far far away (Birmingham to be precise) I grew up in pre-apocalyptic times, or should i say pre-internet revolution. During this time, as a small innocent child i was introduced by my Uncle to the Amazing Spiderman comic (book – ’72 Marvel UK Versions). Up until then it had been Beano and Whizzer and Chips (yes i am that old) and it was all very Boy’s Own, stiff upper lip and jokes about mother in-laws.

My eyes leapt into the first issue that had been handed down to me by my Uncle with a sense of wonder and awe as my innocence shook to the rise and rise and fall and rise of the Green Goblin. The story so sharp, the pictures so vivid, the memories eternal, my life changed forever.

As time flashed forward memories were made during cinema trips to see Spiderman ’78, Saturday afternoons watching Lou Ferigno as every shirt retailer’s best friend – The Incredible Hulk. But it wasn’t only Marvel’s adventures that had me hooked, the fantasy and wobbly sets of Tom Bakers Doctor through Carpenter’s Halloween and The Thing to Rick Bakers amazing transformation sequence in American Werewolf established my imagination forever in a world of the incredible imagery and beauty portrayed in Film, TV and comic books.

This inspired me to focus my time at school on art, design and writing which naturally led to a career in the military, obvious really……………………. Okay so not that obvious on leaving school i expected to begin a design apprenticeship but unfortunately the bleak recession of the early ‘80’s put paid to that so off i went. 20 plus years later and although a career in my passions had gone my heart still remained. Technology had moved so fast that those wonderful drawings from the ‘70’s were being realised in glorious vivid beauty on the screen, that nice bloke who now lives in Broadchurch did an epic job of lifting the mantle from Tom Baker and comic books were no longer the domain of the few but of the many.

Last year a light bulb exploded in my mind, i began to widen my narrowing horizons to social media (I said I was old ish). For a reason that doesn’t immediately spring to mind I signed up to Twitter following film and comic book sites. Whilst following Marvel I began to see artwork appearing for movies, which led me to websites dedicated to showcasing popular culture artwork. I then found myself following a Kickstarter (Poster Spy…..of course) this led me to a world of wonder, beautiful single sheet depictions of my Favorite media, movies. The memories they evoked of movies that influenced me growing up were those of the wonder created as those huge curtains parted and the movie began. There was also artwork that teased the wonderful upcoming movies that I hadn’t seen yet but as an avid fan had read all there was and drooled in giddy expectation of what was to come.

One of those pieces of work, amongst the wonderful selection was a set of work that depicted my Favorite movie that I hadn’t seen yet, I had been a reader of the comic book and a big fan of the director and just a little bit in love with all things Rocket. So when I saw Simon Delarts five piece geometric depiction of Guardians of the Galaxy I was immediately transported to the vivid technicolor fantasy of GOTG world. Heaven.

From there I followed many fantastic artists on Poster Spy and was always drawn to Simons work, so when I asked the nice Jack Woodhams if I could add my ramblings to Poster Spy I thought wouldn’t it be great if I could interview the person that had inspired my imagination and relit my geekiness when it came to movies.

So I approached Simon ( in a non-creepy way of course) and asked if he would and below is the result…..

Could you tell me a little bit about your background?

I studied graphic design and the visual communication during 3 years, in an Art School in Nantes, France. Then I moved to Paris, and found a work as Art Director in a gallery.
I didn’t have time for myself with this new job, so it motivated me to create something for me, not for a client.

What and who first inspired you to this career?

As far as I can remember, I always drew. My father liked comic books, and I reproduced some characters (with the talent of a four year old boy). Then I discovered the TMNT animated series, and the Batman one, and it became my first source of inspiration. I was fascinated by movie posters because some where really Art and tell stories beyond the film. And since, I love telling stories with just pictures or drawings.
But what brings me to this career today? Artists like Drew Struzan, Olly Moss, Matt Ferguson and Patrick Conan. I followed their work and kept telling to myself: “I love his work, but I would do that or that differently”. So I start creating my own illustrations

Your geometric style be it on vinyl cover, posters or even 3D work is very powerful, visually dramatic and quite unique, how did you end up with this geometric style? Was it a gradual process of development or a light bulb moment to produce these beautiful pieces?

When I began illustration I was looking for my own style. I started with minimal poster, but at this time everybody was doing that. Then I tried some pixel art, but again, so many people creating stuff with pixels.
So I tried another geometric form. At this time I wasn’t aware of the “low poly” movement. But working with triangles just created the perfect challenge I was looking for. And today I continue to practice, and to develop my style.

How long does it take to produce 1 piece of your artwork, your commission for the John Carpenter pieces for example?

The John Carpenter pieces took me 3 month for the 5 illustrations. It depends, sometimes when I think about a concept for a poster, the idea pop up right away, and I can realize the piece in two days. The Black Sails illustration, is one of the most complex work I’ve done, because of the many elements that compose it, it took me two weeks.

What is the one thing that makes you smile more than anything?

I smile very easily so… Don’t know, another people smiling, Simon Pegg’s face, anybody who says “I like your work”, a fart (yeah, I know, don’t judge me)…

You reimagine many pop culture icons, if you could, which one would you become?

Batman… (Why? Because I’M BATMAN!)

If a movie was made of your life, who would play you?

Jackie Chan… Because when I was a kid, I dreamed about being Jackie Chan, to fight like him and do all his amazing stunts. So in the movie of my life it could be nice to invert the role.

Who would win in a straight fight, Iron Man or Captain America?

Captain America, don’t know why, maybe because he is a soldier and got nearly 90 years of experience!

What’s the weirdest thing you’ve been commissioned to produce?

Nothing strange yet. I can’t wait to discover my first weird commission work.

What’s next for you, what does the future hold for you and your work? And finally, are you exhibiting anywhere over the next year that people could see your work?

I hope to get my owns exhibition this year, but first, I need to find a theme… But it is my big idea of the year. An exhibition. And of course I’ll continue to work with all my Poster Posse family, and create more and more illustrations! (A be the master of the world).

So there you have it, we have now solved the mystery of who the Batman truly is and even at 90 Cap would slaughter Starky boy!!!

My thanks go to Simon Delart for his time for giving me his precious time, below are some recent and beautiful examples of his work, enjoy

It’s all about Ripley 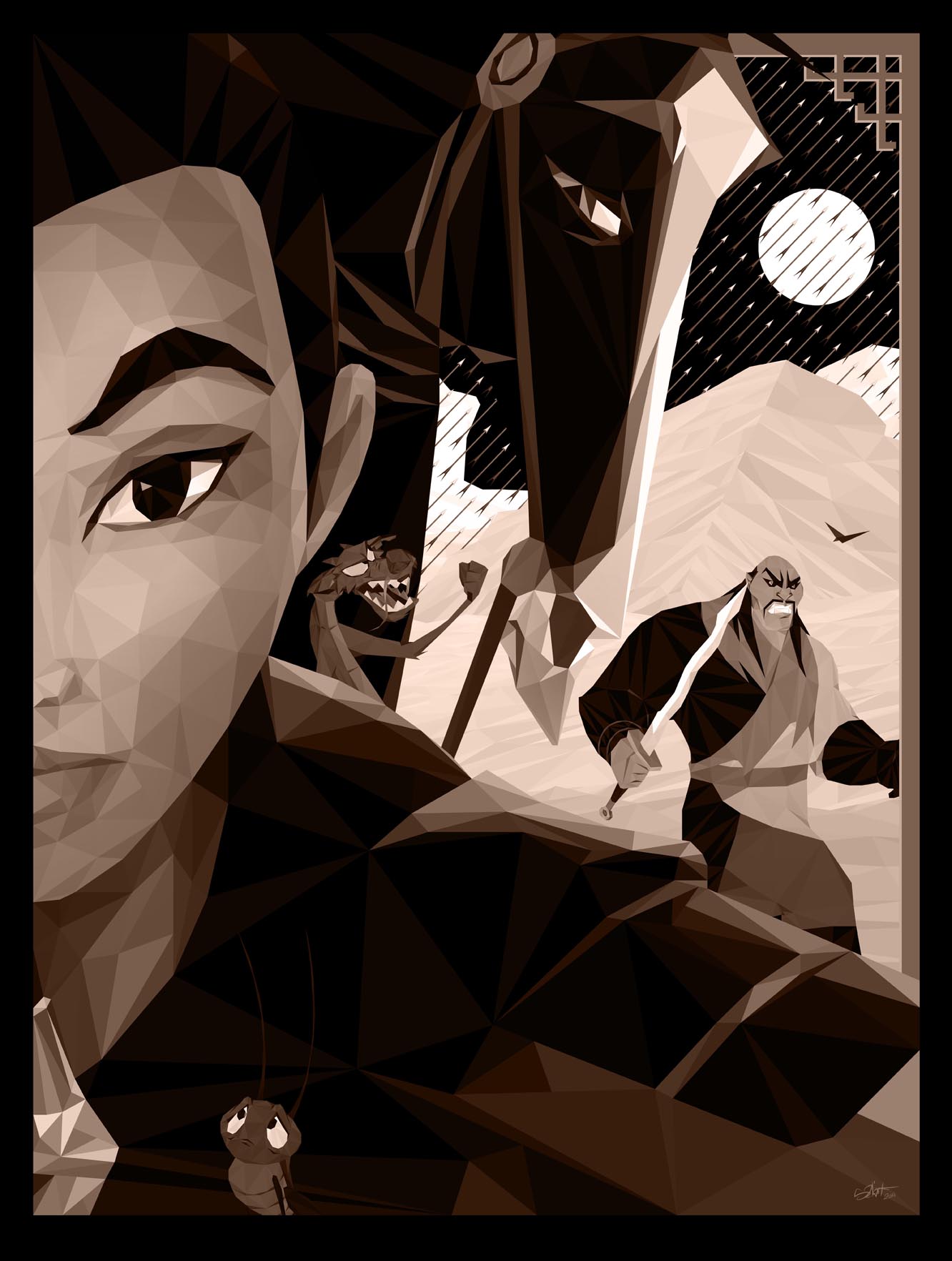 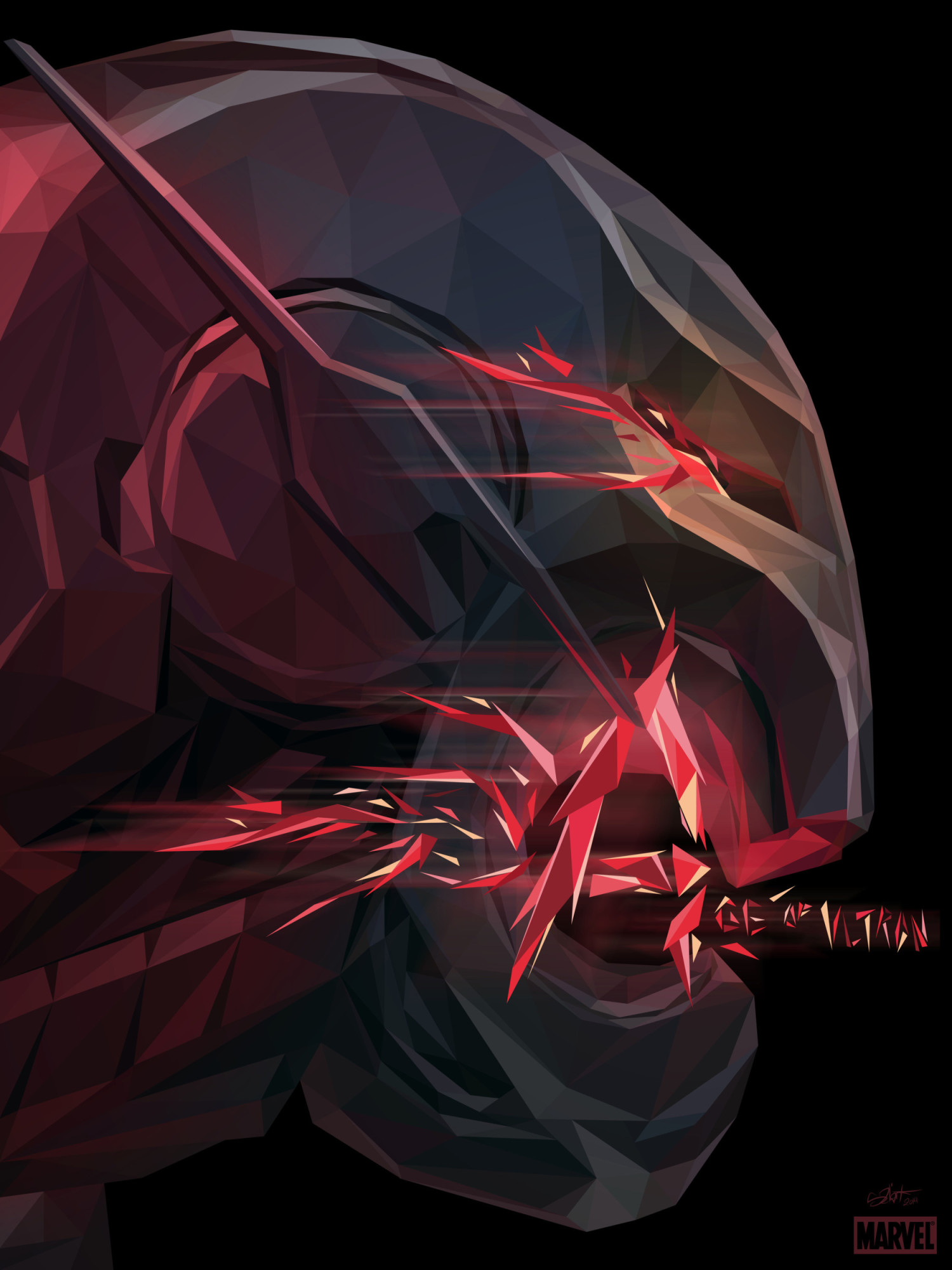 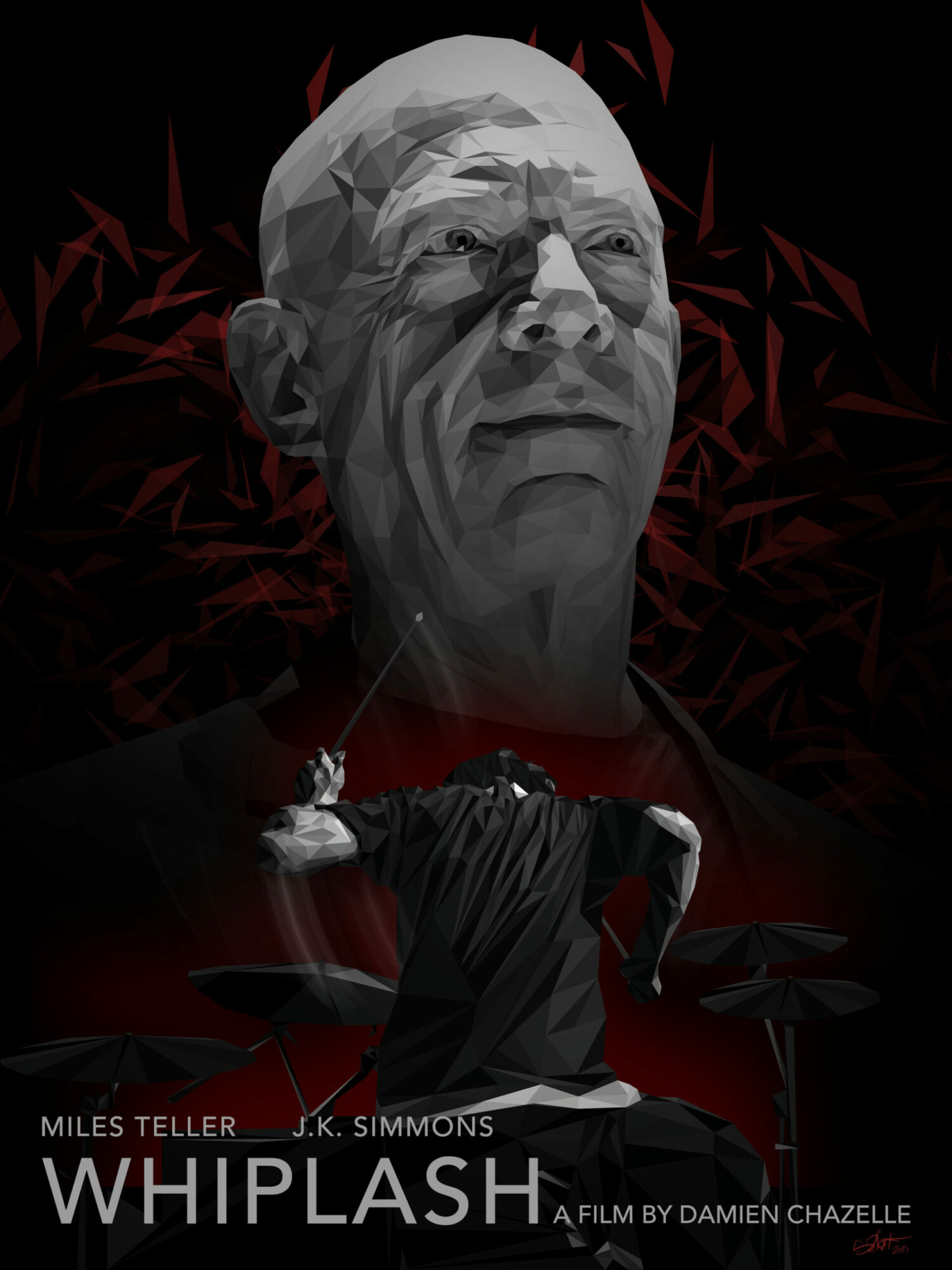 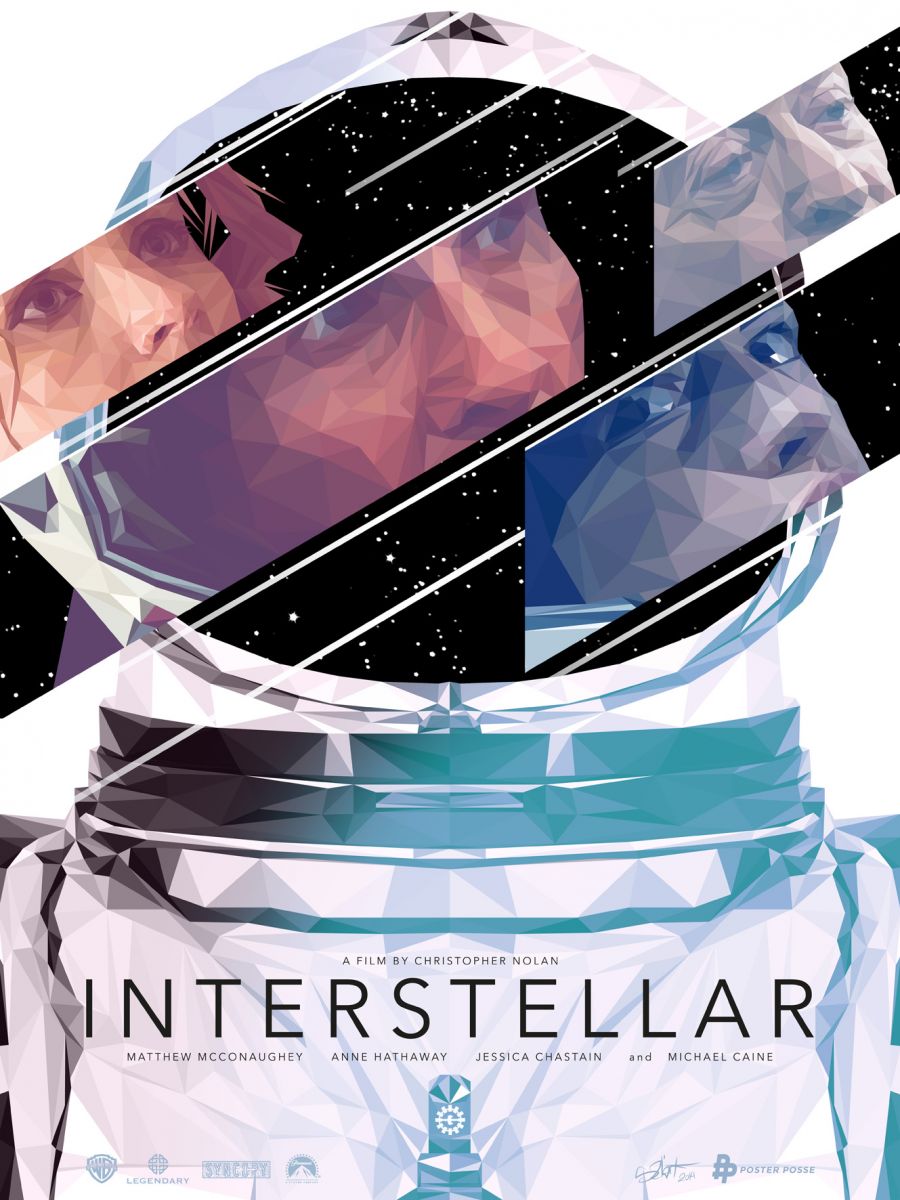