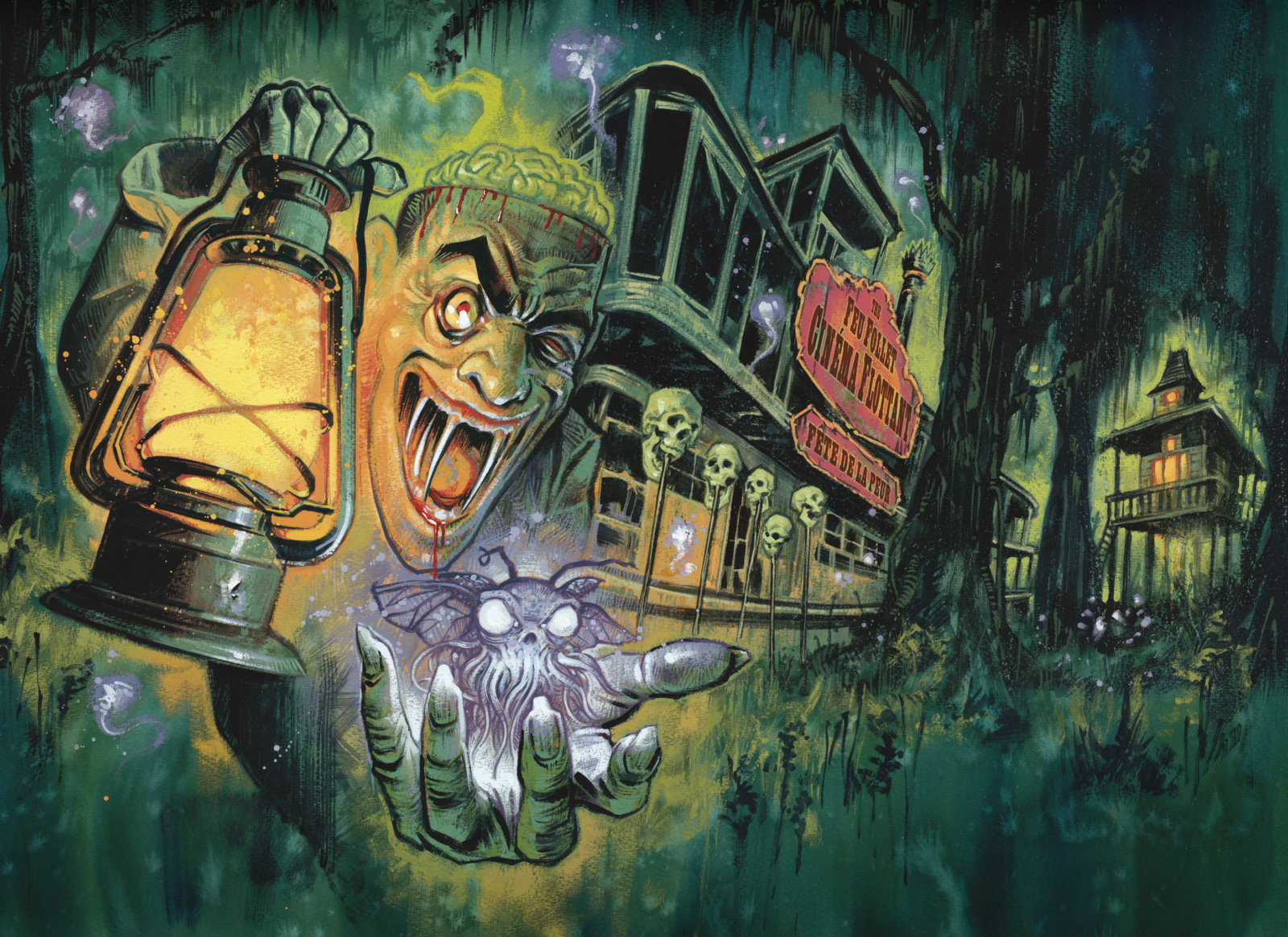 The relocation to Shepherd’s Bush was the inspiration behind the concept.

As Graham explains: “This year’s relocation suggested the idea of a floating cinema that can move through the city. Going west, I took it all the way to Louisiana, as portrayed in the film ‘Southern Comfort’. reimagining London as a swampland

I took my cues from a variety of sources; the ‘feu follet’ (will-o’-the-wisp) are mentioned in George Washington Cable’s short story ‘Jean-ah Poquelin’, the paddle steamer was inspired by the work of Mark Twain and the skulls from the script of Orson Welles’ unmade ‘Heart Of Darkness’. There’s also a nod to Hertzog’s ‘Fitzcarraldo’. The witch house I added for extra Scooby-Doo points!”

The festival line-up of films will be announced on Fri 1 July and all ticketing information can be found at http://www.frightfest.co.uk/tickets.html