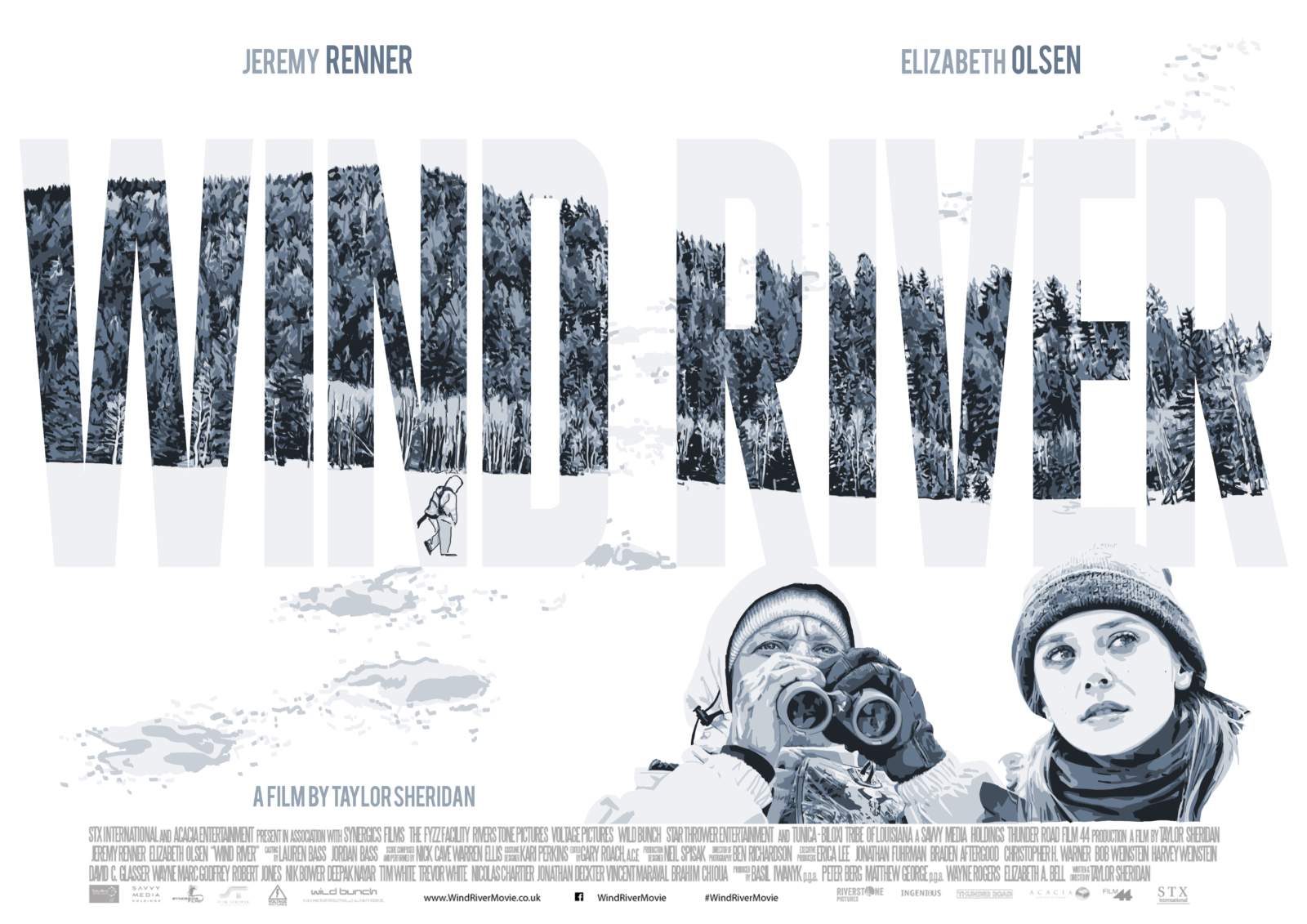 Here is my second submission for the Wind River’s movie creative brief. My intention was to reflect the vastness of the scenarios depicted in the movie, as well as the solitude and quietness of the tracking around those overwhelming surroundings. The color palette was made extracting tones from the movie so it remains true to the movie’s photography, recreating that same cold and hollow atmosphere of the film. Additionally, I used the original soundtrack of the movie as a background while working on this project, trying to imbue myself even deeper in the film’s nature and personality. It turned out being an awesome experience :) I hope you like it!