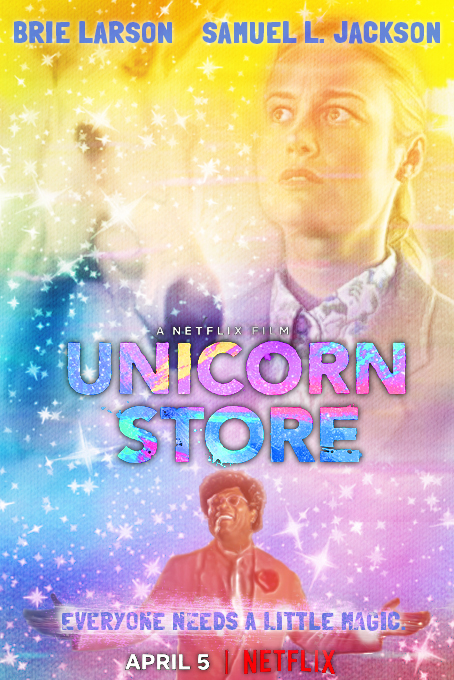 The Imagery from the trailer of Unicorn store was incredibly captivating, Brie Larson’s directorial debut gave me a lot of inspiration and the use of colour particularly interested me. But when I saw the original poster was lacking a lot of that colour I thought I would attempt something a little more colourful! The whole movie has an otherworldly feel to it, so to emphasise that I just stuck a massive great unicorn on the poster! I also tried to make Samuel L Jackson have a similar appearance to Gene Wilder’s Willy Wonka, a mystical man with unexplained powers.