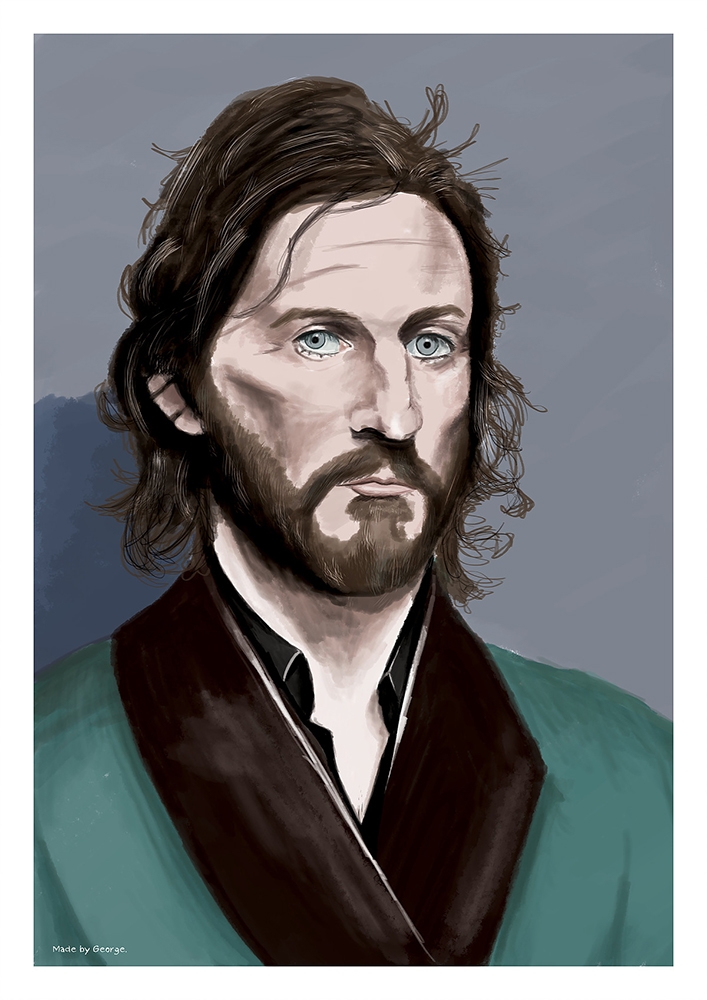 Tim Rogers is the front man of Australian Rock ‘N’ Roll band ‘You Am I’ and a personal hero of mine. I was quite late to the party but I first discovered Tim and music when I was 17 and a mate took me along to their gig in Sydney as part of the album tour of their 5th album. On stage Tim is all gusto and charm, jumping, spitting, swearing, windmilling and pulling off all the moves of the Rock stars before him while singing some of the most beautifully written songs I’ve ever heard. I had the pleasure of getting to know Tim between the years 2003-2007 from just introducing myself to the band and luckily getting the chance to work for a music magazine is Sydney, and discovered that off stage he’s an incredibly intelligent, charming, softly spoken man with the soul of a poet. Most people see the rock star but having had a glimpse of the man behind the persona I wanted to do an artwork which showed the man behind the songs and this was my result. For me it was all in the eyes and I feel this painting shows the Tim I got to know. I sent it to him by post and he was nice enough to reply with gratitude and praise for it which for me was a thrill to get a reply from someone I admire so much.