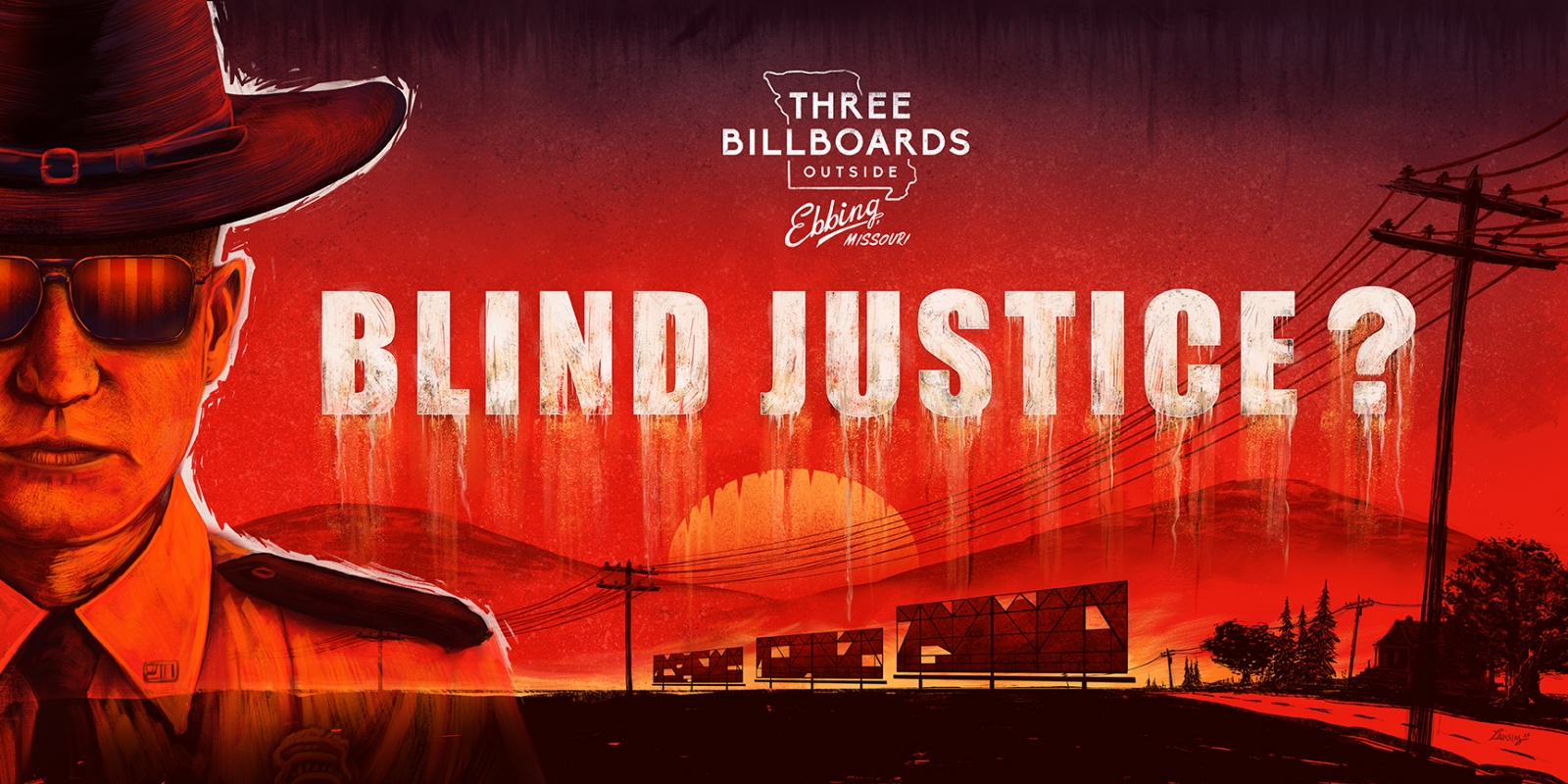 This is a 2nd entry and variant of my illustration for the contest “Three billboards outside Ebbing Missouri”. In this Artwork, i wanted to play with the main elements for the billboards in the movie: A red background and the punchline to make people reacting to the message. I mixed those elements with a landscape and the portrait of “Chief Willoughby”. It could recall a “promotional landscape advert” to promote the city but the use of red, the message with rust and dripping make it looks more dramatic as if the city is hiding some “secrets”. I’ve included the message “blind justice” to make a recall with the movie and associated with the portrait of the “chief Willoughby”. In the reflection of his sunglasses we can see some lines that are recalling “jail bars”. We don’t know if the police are really investigating to find the murderer or are hiding something to make the investigation stay in suspend. By displaying this message i wanted to create a link and recall to the movie: In the movie the message is addressed to the police officers to attract their attention and make them react. In this poster the message is addressed to the viewer and it will work the same way as is the movie to question and interpellate them too.