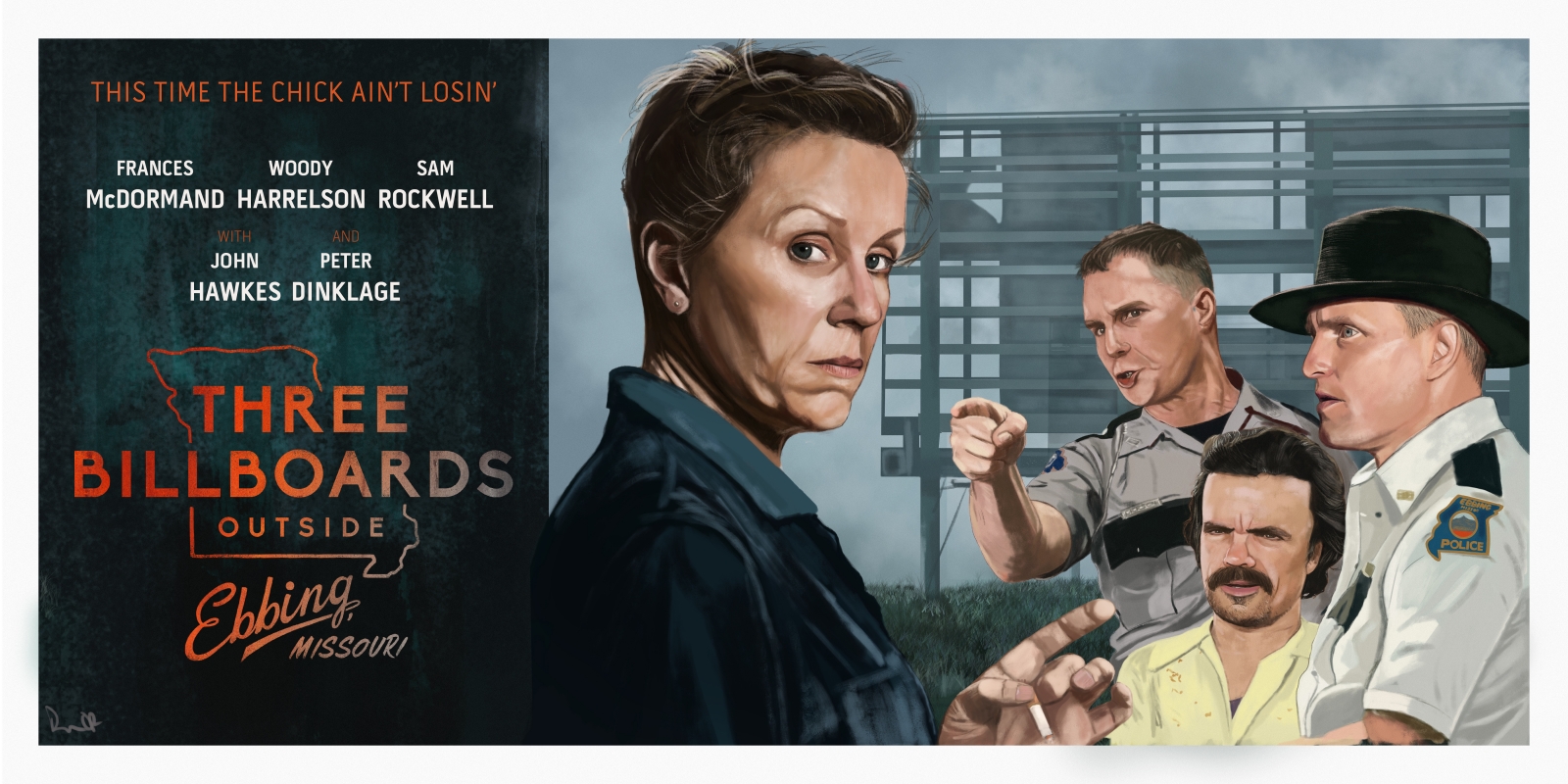 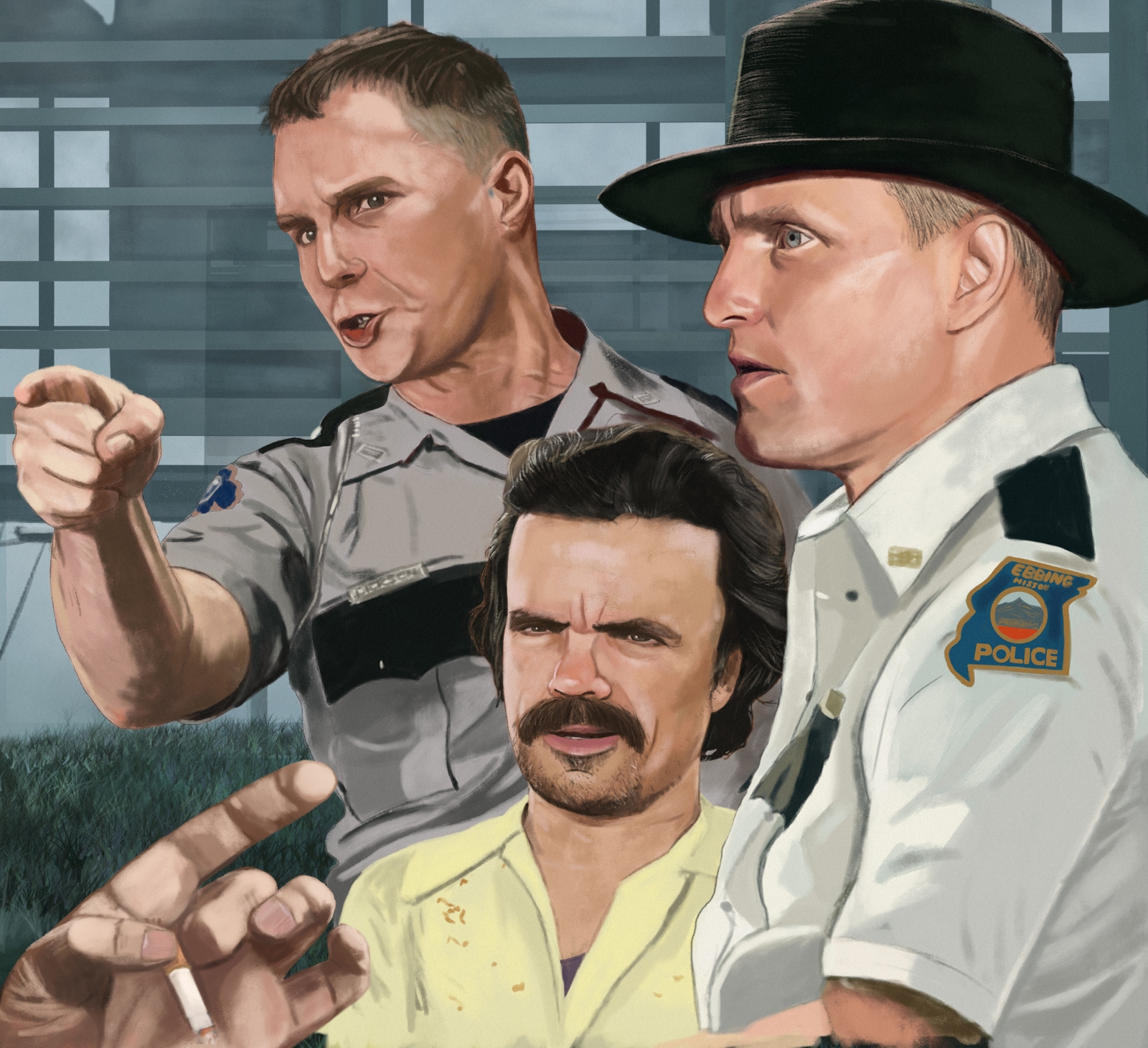 This time the chick ain’t losin’

This defiant promo image of Frances McDormand’s Mildred stuck out for me from the start and it in turn then seemed logical to portray the men who would seek to interfere (rightly or wrongly) in her quest for justice. I had planned on putting her ex-husband (played by John Hawkes) in but the composition became too crowded. This is a companion piece to my second piece ‘This time the chick ain’t losin’ – Fire with Fire. The three billboards of the title can be seen in the fog in the background alluding to Mildred’s transformation of the signage from derelict to divisively direct. Sketched and outlined on an iPad Pro using Procreate and then transferred across to Photoshop CC to finish on a Wacom Intuos Pro.