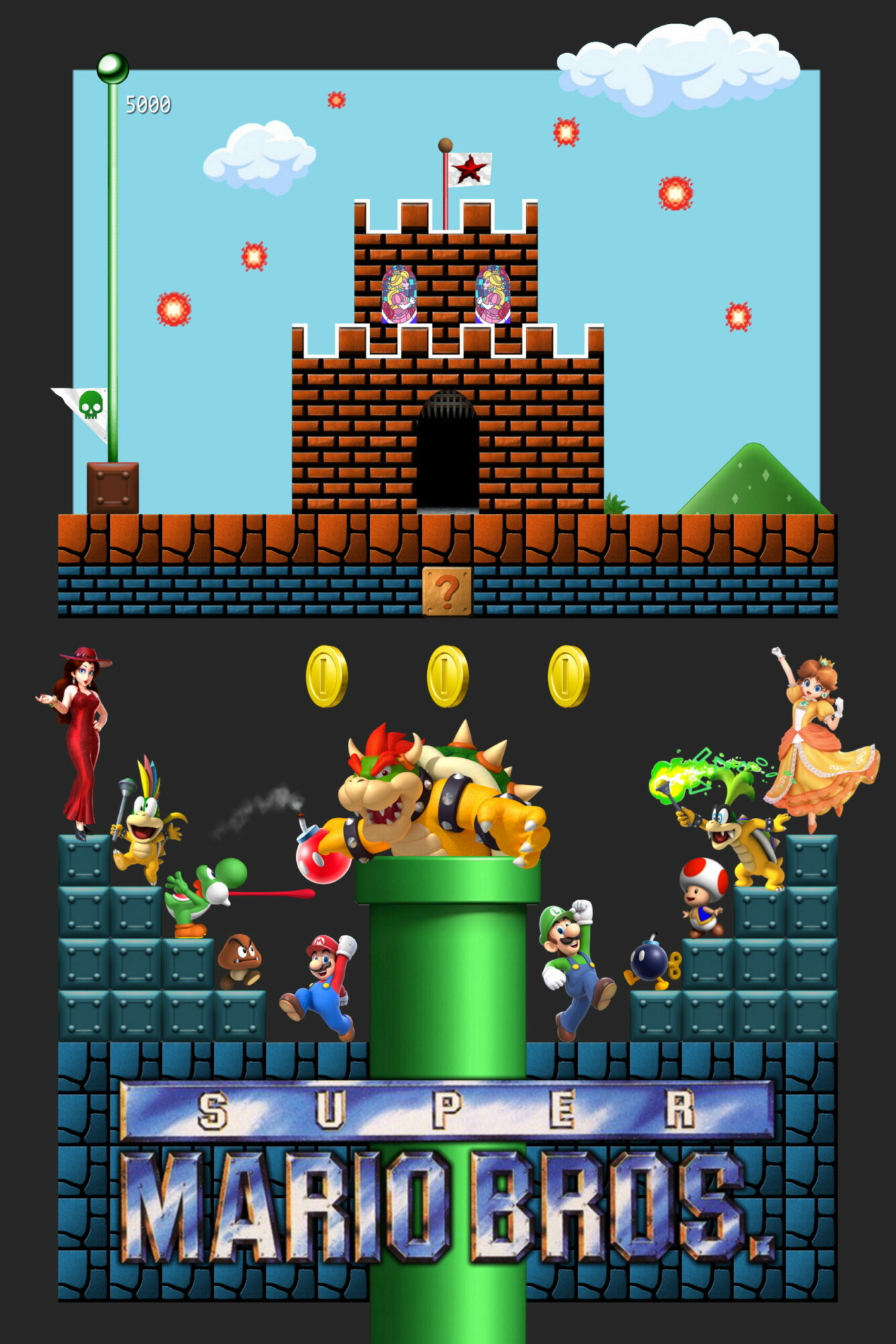 A remix of harlanelam’s ‘Super Mario Level One’ poster with HD block sprites and modern character sprite analogs of the movie characters.

Obviously some characters were not directly featured but are the closest inspirational analogs.

Lemmy Koopa was not in the movie but it’s clear that he formed the basis for Richard Edson’s character Spike as he is most commonly paired with Iggy Koopa.

Likewise, the closest analog for Dana Kaminski’s Daniella is Paulina.