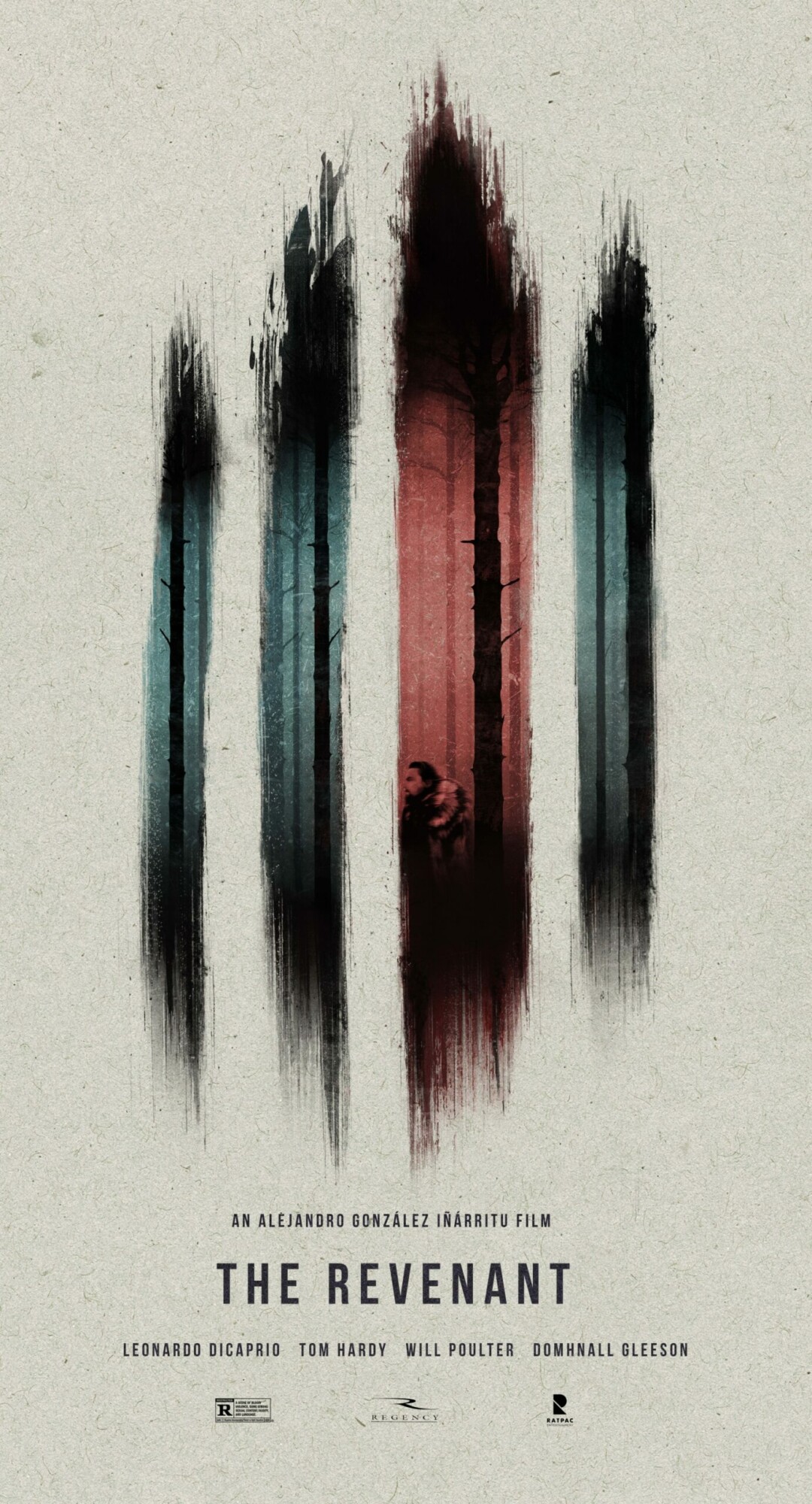 The long awaited Oscars are almost upon us and it’s that time of year again where I design some posters for my favourite nominated films. I can only see ‘The Revenant’ winning the majority of the awards – it’s a chilling masterpiece from Iñárritu.The theory behind the design of the poster is entirely summarised through the puncturing, brutal scram of the grizzly bear,that fatally leaves Hugh Glass (Leonardo DiCaprio) for dead. The four claw markings represent Glass, Fitzgerald, Bridgerand Captain Andrew Henry – the catalysts to the abandonment of their leader. The longest marking represents the brutalityand suffering that Glass endures on his comeback expedition for vengeance, visualised through a mix of rich scarlet tones.The remaining three represent the cold companions of Glass’ hunting team, who unforgivably betray and abandon him in the treacherous conditions of the wilderness. Other more subtle themes running through my design are patriotism, passion and the after life. If you haven’t see this film yet, go and see it before they stop screening it in cinemas. Every aspect of the feature is breathtaking, especially Ryuichi Sakamoto and Alva Noto’s Original score, which truly makes the cinematic experience a memorable one.