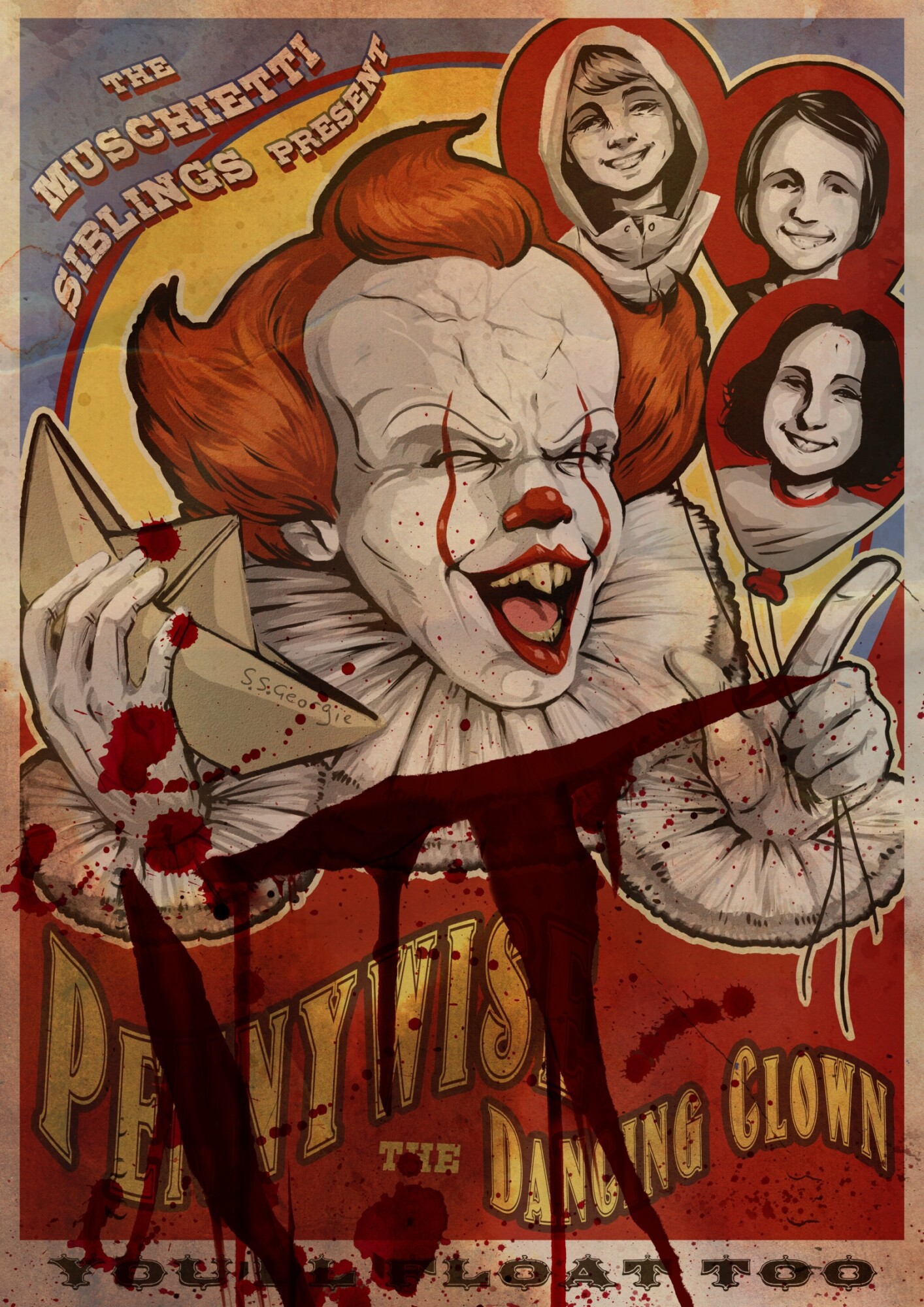 Since Pennywise is It’s most memorable form, I wanted to design a poster that reflected how much enjoyment It seems to get out of pretending to be a clown. With that in mind I chose to create a design inspired by It’s displays of perverse humour, such as Richie’s missing poster, the scary door scene, and the dancing during the final act. I wanted my design to look like something Pennywise himself might have come up with to lure children in, hence why the children in the balloons are all Pennywise’s victims: George Denbourgh, Eddie Corcharan, and Betty Ripsom. My intention was that they would appear with him on the poster in much the same way they appear as ghostly voices in Beverly’s sink. I designed the poster to look like vintage circus posters, using limited colours and line art to emulate screenprinted posters. Along with the obvious choice of red, I chose the yellow for Georgie’s raincoat and the blue for how Georgie sees Pennywise’s eyes during the opening scene. Instead of incorporating the title into the actual mock circus poster design I chose to have it scrawled over the poster as a reminder that ‘Pennywise’ is not really what he appears. I wanted the circus poster to appear authentic, and the title to appear almost to be a warning. I also chose to refer to both Andy and Barbara Muschietti to reference the way the names of the circus owner’s were often displayed on the posters I researched, as the Ringling Brothers. Come to the circus kids! And you’ll float too…

0
Uploaded
3 years ago
Category
IT Movie 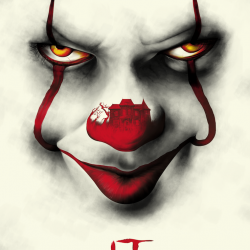