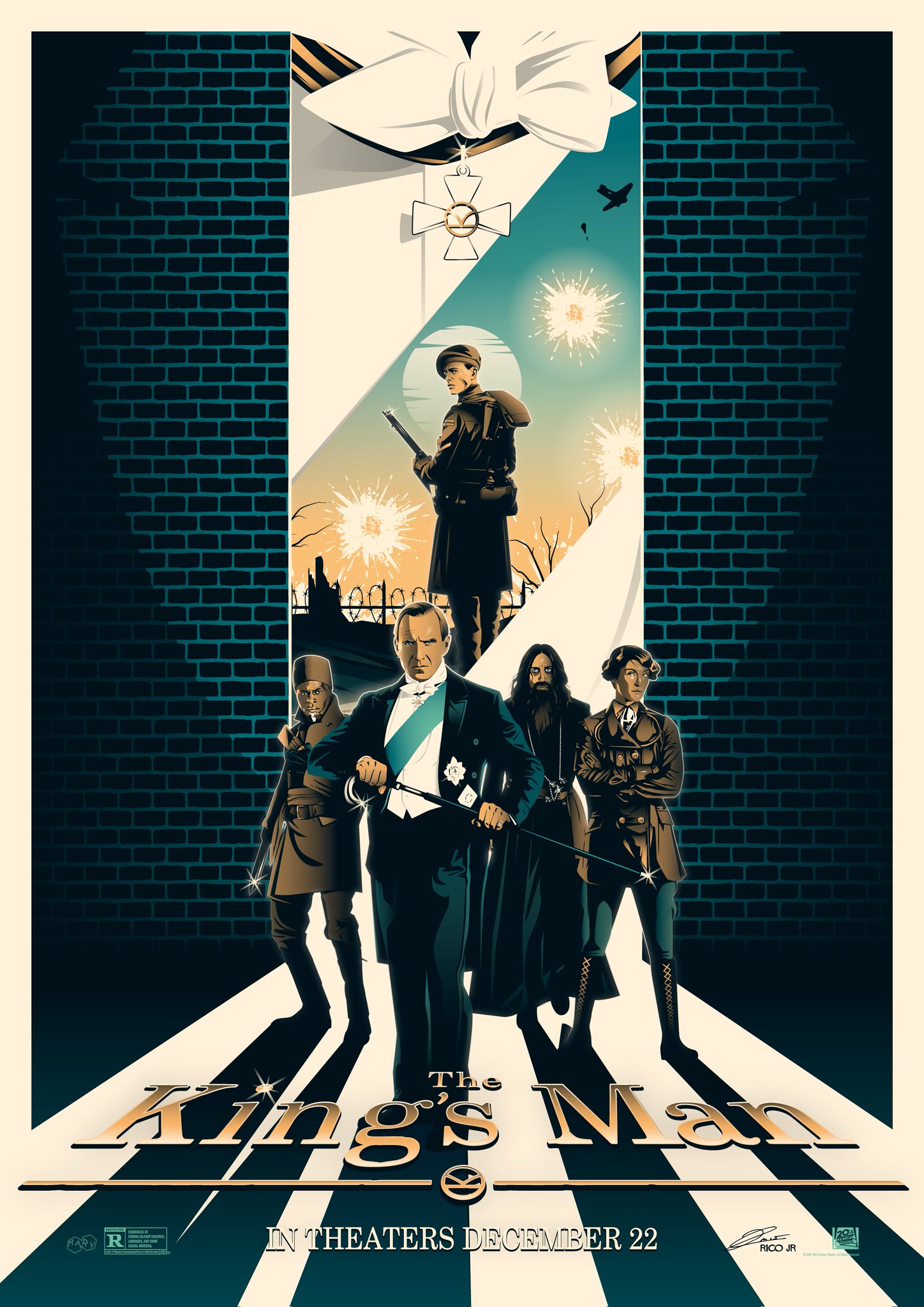 Rico Jr
330 followers
Log in to Love Share
JackieKuina and 3 others
Users that love this poster:
darkdesign
snollygoster.productions
Joy
JackieKuina

Honored and proud to reveal the official poster I created for The King’s Man film, now playing only in theaters! Thank you to Asad Ayaz (President of Marketing, The Walt Disney Studios), 20th Century Studios and all the Disney team for their trust and support.