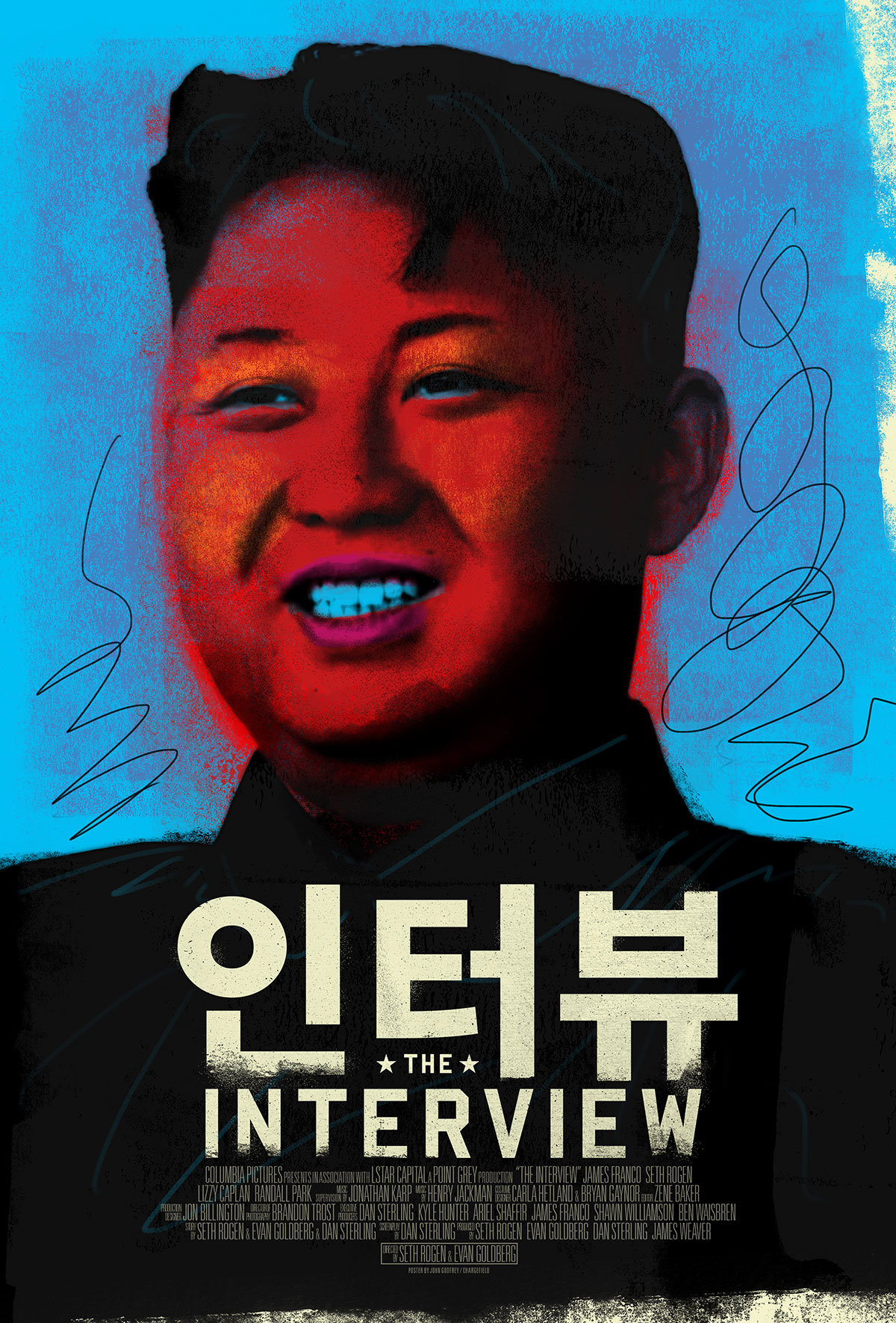 In 1973 Andy Warhol created a series of portraits of Chinese ruler Mao Zedong, based on a photograph from Mao’s infamous ‘Quotations from Chairman Mao Zedong’, more commonly referred to as the Little Red Book. Each of Warhol’s portraits varied wildly in terms of colour, brush stroke and size, as an affront to Mao’s efforts to promote conformity, chipping away at his cult of personality. Kim Jong Un similarly runs a country of conformity, and has an image crafted through manipulation of mass media and propaganda, even though it’s widely reported that Kim Jong Un is a voracious consumer of western media and popular culture; media that promotes individualism through art, ideas, freedom and choice. This alternative poster for the film The Interview encapsulates the dichotomy of Kim Jong Un – on one hand someone who enjoys art, individualism and mass media, and on the other, a dictator running a country which oppresses free thought. Similar to Warhol’s efforts with Mao, It’s a film that chips away at the personality cult surrounding the ‘dear leader’, using a different medium. And more dick jokes.