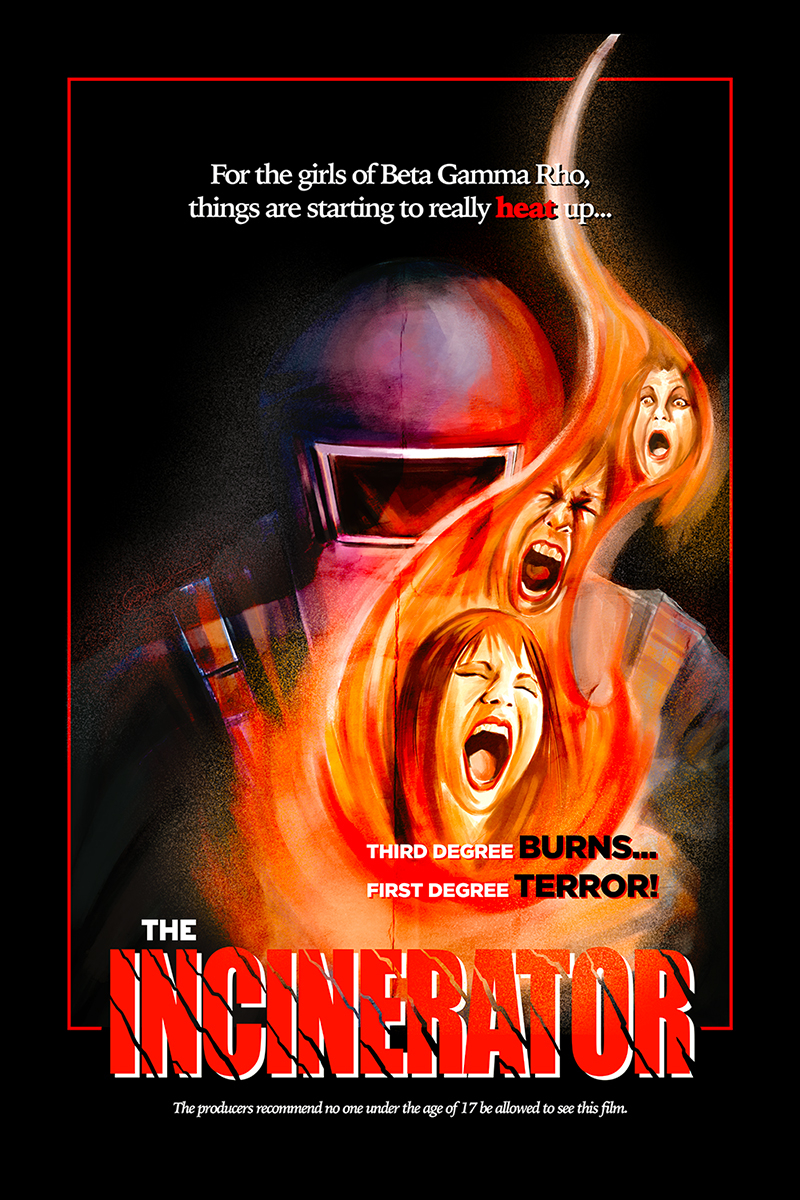 “Released in 1972, The Incinerator was infamously banned in the United Kingdom following a brief two-week theatrical run. In 1974 It was re-cut and distributed in the USA (under the alternate title: Night of the Welder) with six and a half minutes of footage removed which censors felt: “greatly surpassed the acceptable boundaries of on-screen violence”. Today only a handful of copies exist, and have since become almost legendary amongst the horror and film community. Laser Party is proud to distribute this piece of horror history, in the form of the original theatrical poster designed by Matthew Therrien. Only 50 will be made available. 24 x 36 Giclée print, hand-numbered.”