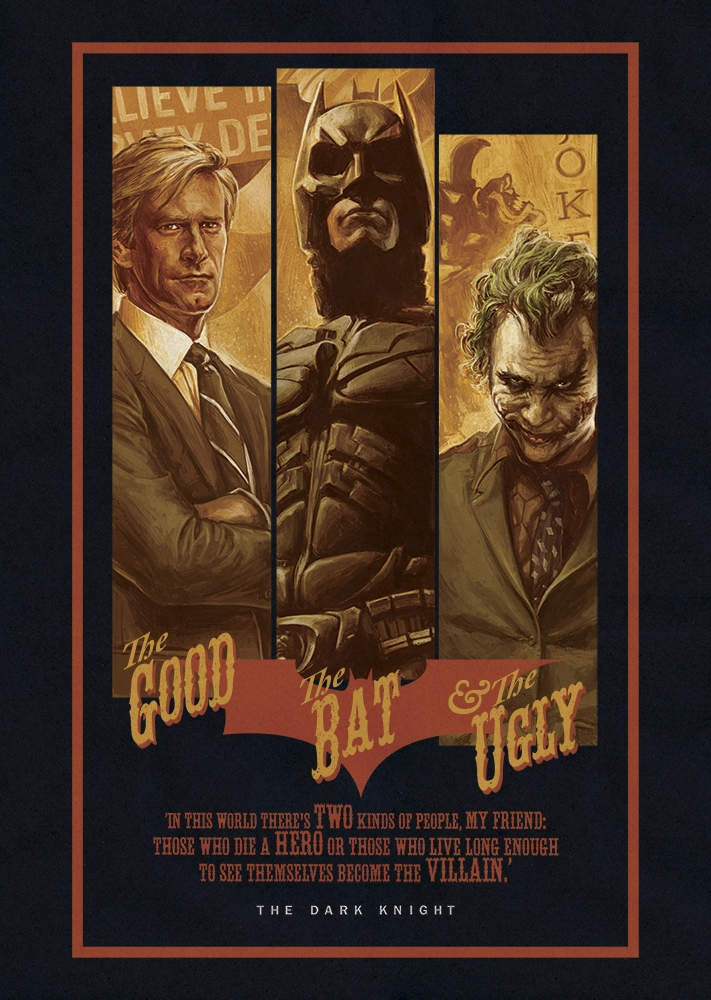 The Good, The Bat & The Ugly

DC Comics officially declared 26th Sept as Batman Day, to commemorate that fact the website Poster Posse put together a selection of alternative posters to celebrate all things Batman (http://posterposse.com/batman-day/). I had the great honour to be selected as one of the guest artists for this project which being the Batfan I am was of course so much fun. The main challenge here was really not being able to show anything online before the day itself! The brief was incredibly free in that it just had to be Batman inspired. This was actually my second idea the first being a lot plainer and once I got a good way I had to admit to myself just not a very strong design (never just go for your first idea). So a late night drawing session eventual led way to this pun on Sergio Leone’s The Good, the Bad, and the Ugly which the more I thought about seemed to fit really well with the three main characters presented in Christopher Nolan’s The Dark Knight.