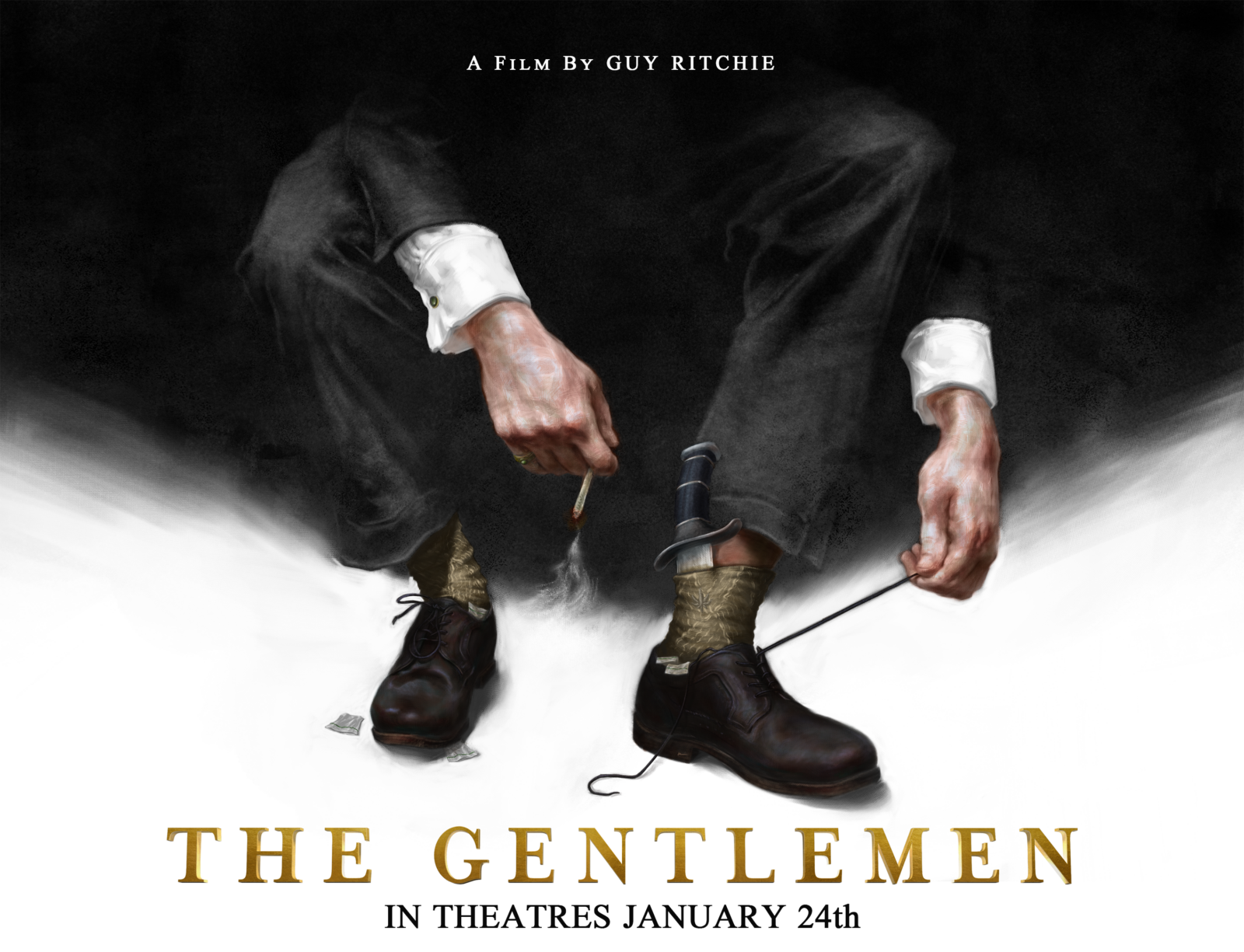 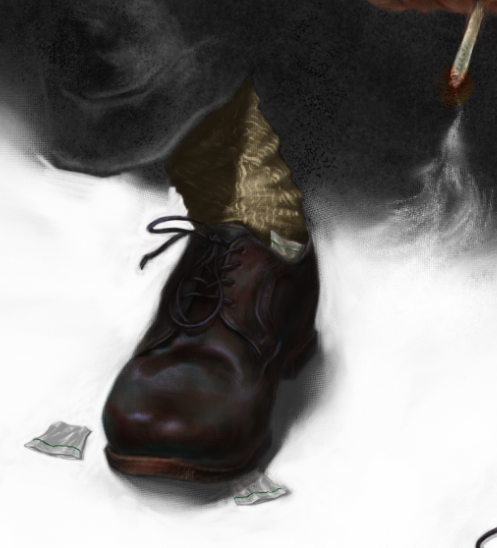 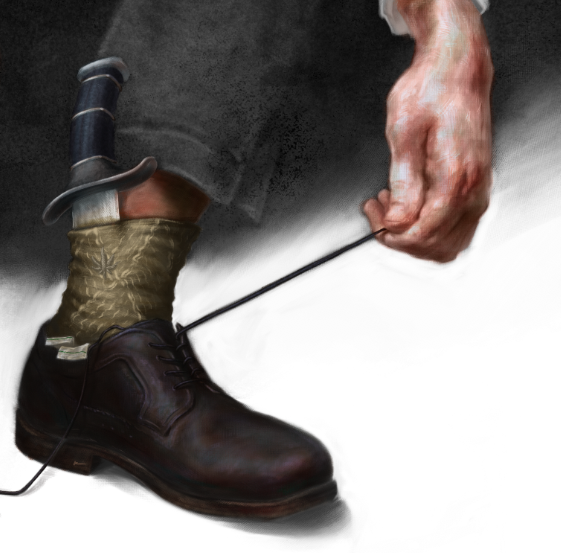 A gentleman was a title awarded to men who could carry arms but were not from a noble background. This connection strays from the popular interpretation of the word so I used it as my inspiration for the poster. Weaved in are motifs relating to the drug culture that the film is centred around.

As the brief requested focus on motifs other than depictions of the main characters, I wanted to use the narrative of an accidental reveal of true nature. As a successful gentleman ties his shoe lace, the pulled up trouser leg reveals a knife and baggies tucked away, therefore revealing his true nature/ how he makes his money (a nod to the gang knife attacks which keep happening in London). MY whole idea evolved around the accident reveal which I believe is more gentlemanly as a high up drug lord would not intentionally flaunt his means of income. There are several other green colour motifs on the cufflink and signet ring which is an accessory used by gentlemen traditionally for wax letter seals. The socks are inspired by traditional british pattern work and include another motif in the embroidery.

0
Uploaded
3 years ago
Category
The Gentlemen