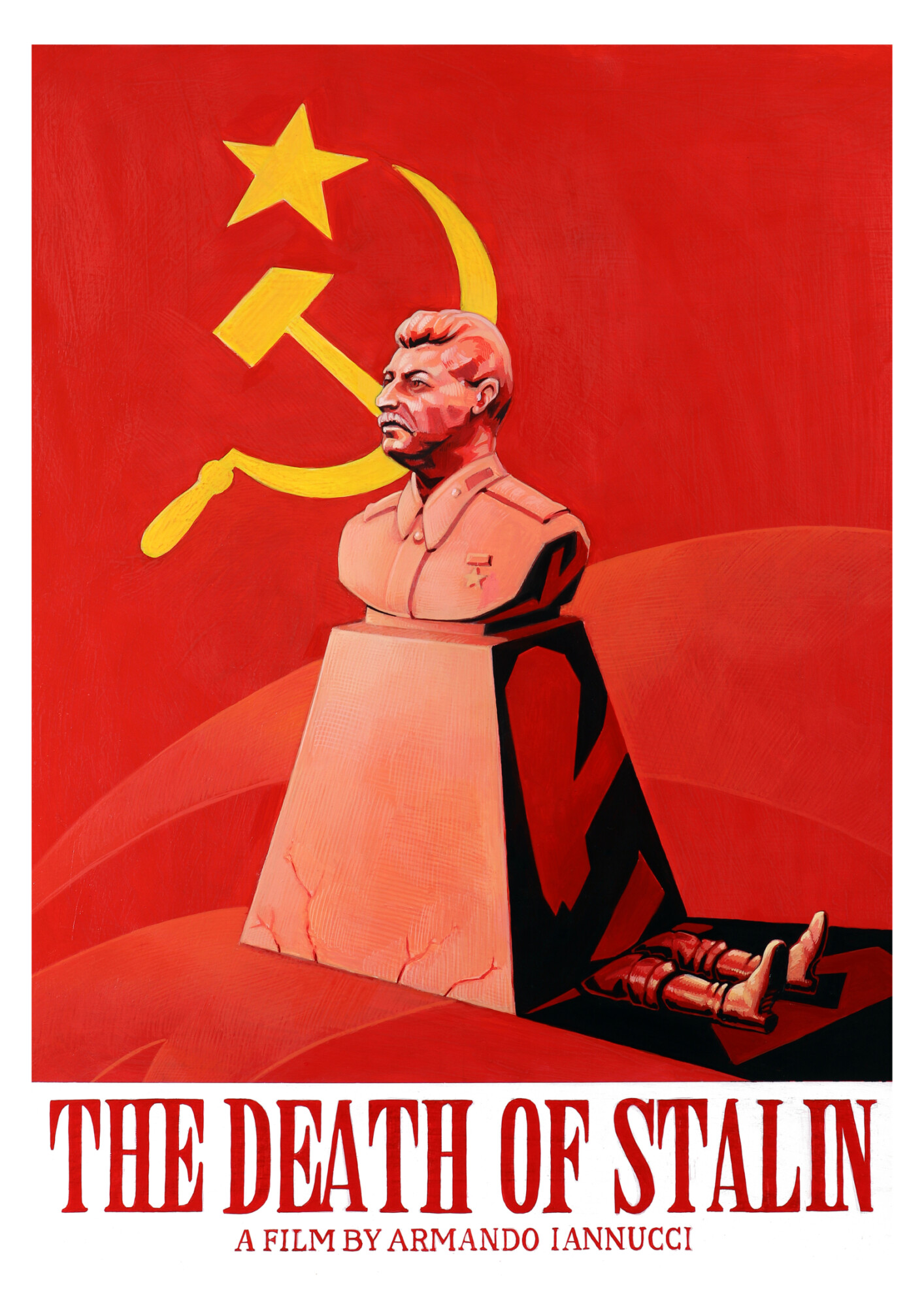 THE DEATH OF STALIN: The Wicked Dictator Is Dead

My entry for THE DEATH OF STALIN poster contest. I was inspired by Stalin era propaganda and The Wizard of Oz. Particularly when the house fell on the wicked witch of the east. I replaced the house with a symbol of the power in Stalin’s dictatorship while all of the key characters vie for his position and power in the wake of his demise. Stalin’s death is what puts this story in motion, which is similar to what the death of the wicked witch of the east accomplishes in The Wizard of Oz. Illustration and Lettering painted in Acrylic on Masonite