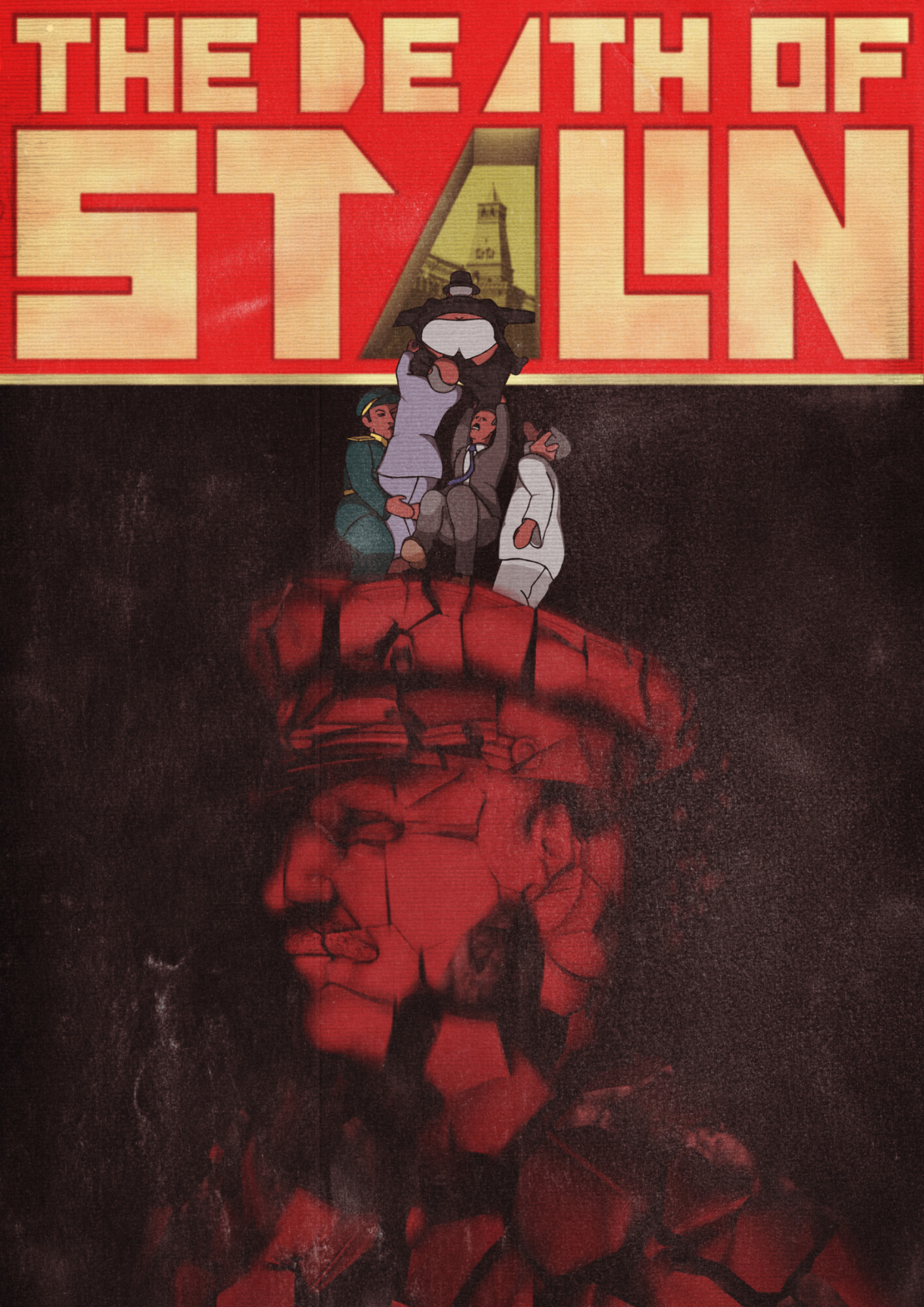 The intention of this design was to encapsulate the central narrative of ‘The Death of Stalin’ within a simple visual metaphor. The idea was that Stalin’s crumbling bust represented his death and the subsequent collapse of his power. The other characters are fighting to escape this collapse and reach the safety of the Kremlin. I tried to encapsulate each of the characters personalities in their actions and wanted to add a bit of humour with the trousers around the ankles (also a bit of an insider joke to all of those who have seen the film). The poster was created with a mix of 2D and 3D. The styling was inspired by the Russian Constructivists. Stalin’s bust was sculpted in 3D and all the drawing and texture were created in Photoshop.