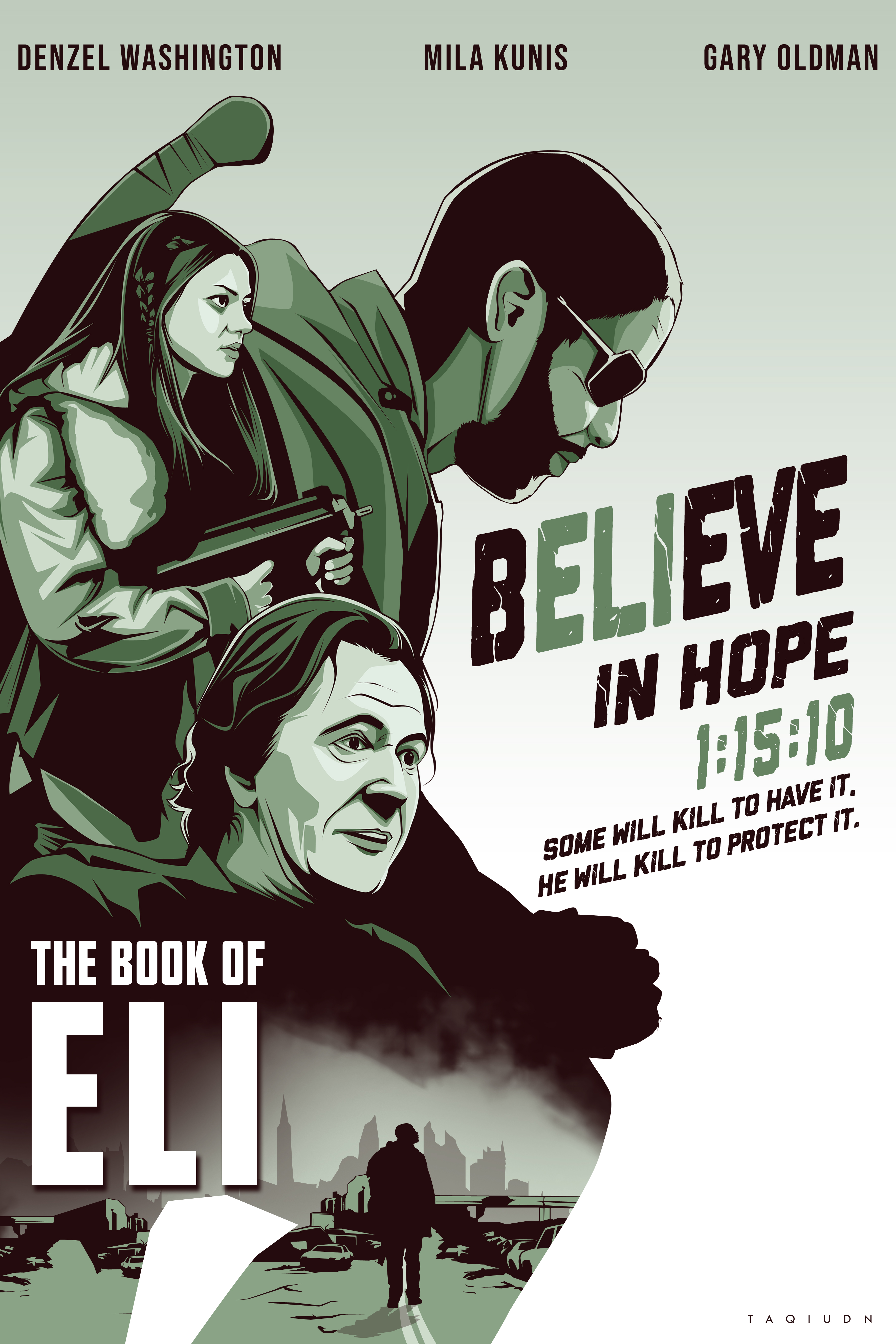 the book of eli alternate poster

The Book of Eli is a 2010 American post-apocalyptic neo-Western action film directed by The Hughes Brothers, written by Gary Whitta, and starring Denzel Washington, Gary Oldman, Mila Kunis, Ray Stevenson, and Jennifer Beals. The story revolves around Eli, a nomad in a post-apocalyptic world, who is told by a voice to deliver his copy of a mysterious book to a safe location on the West Coast of the United States. The history of the post-war world is explained along the way, as is the importance of Eli’s task. Filming began in February 2009 and took place in New Mexico.