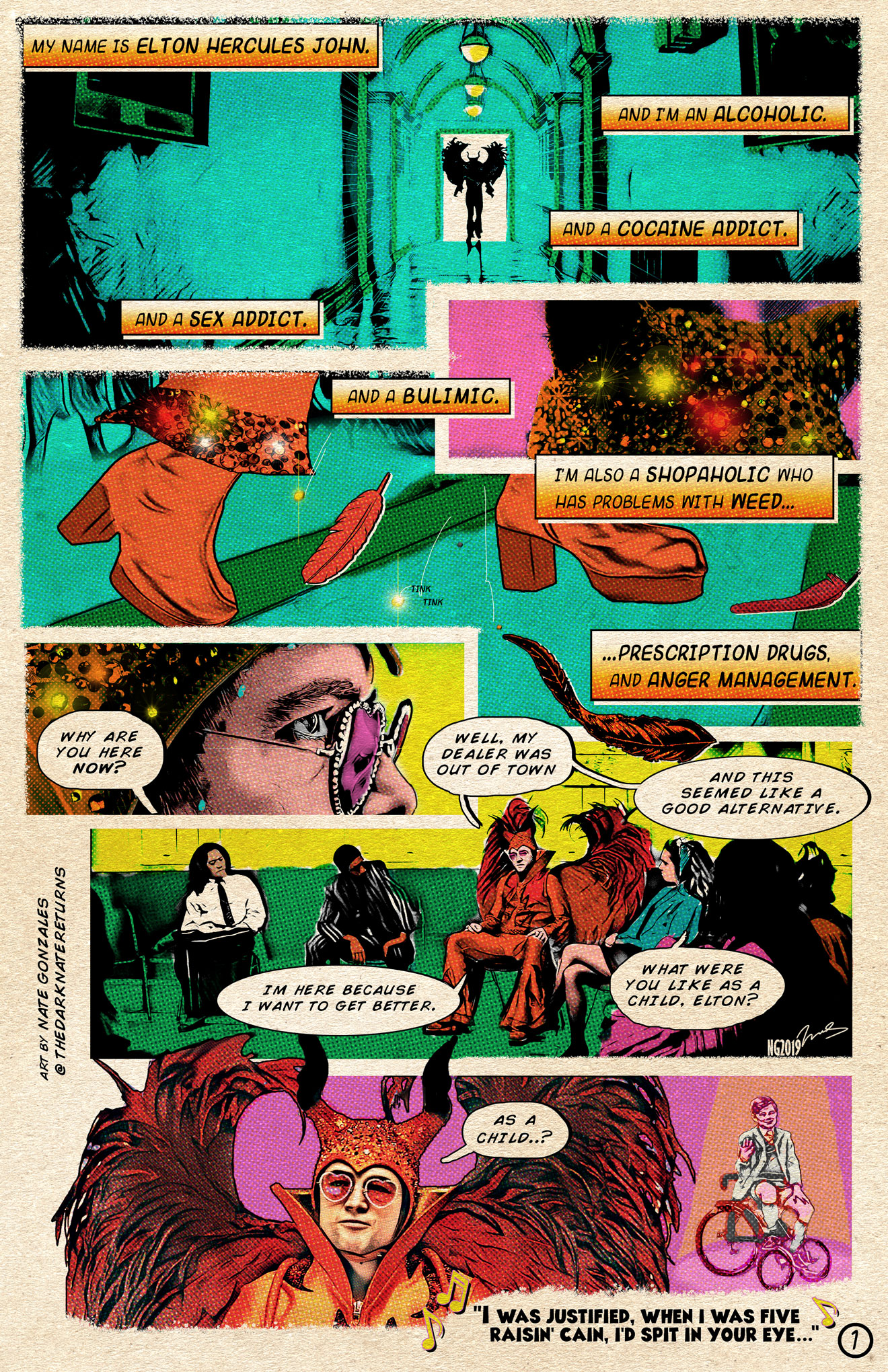 The Adventures of ROCKETMAN (Page 1)

The opening scene of the movie ROCKETMAN hooked me instantly. Here was this legendary figure, entering an AA meeting dressed like the gayest superhero you’ve ever seen. It’s in contrast to the bleak but otherwise normal setting of a rehab center, and it concretely sets the tone for the entire film: emotional drama elevated by musical fantasy and outlandish behavior. In his opening monologue, we learn exactly what is wrong with Elton John and what to expect from his life story that is about to unfold. Such an amazingly written, directed, and performed scene,