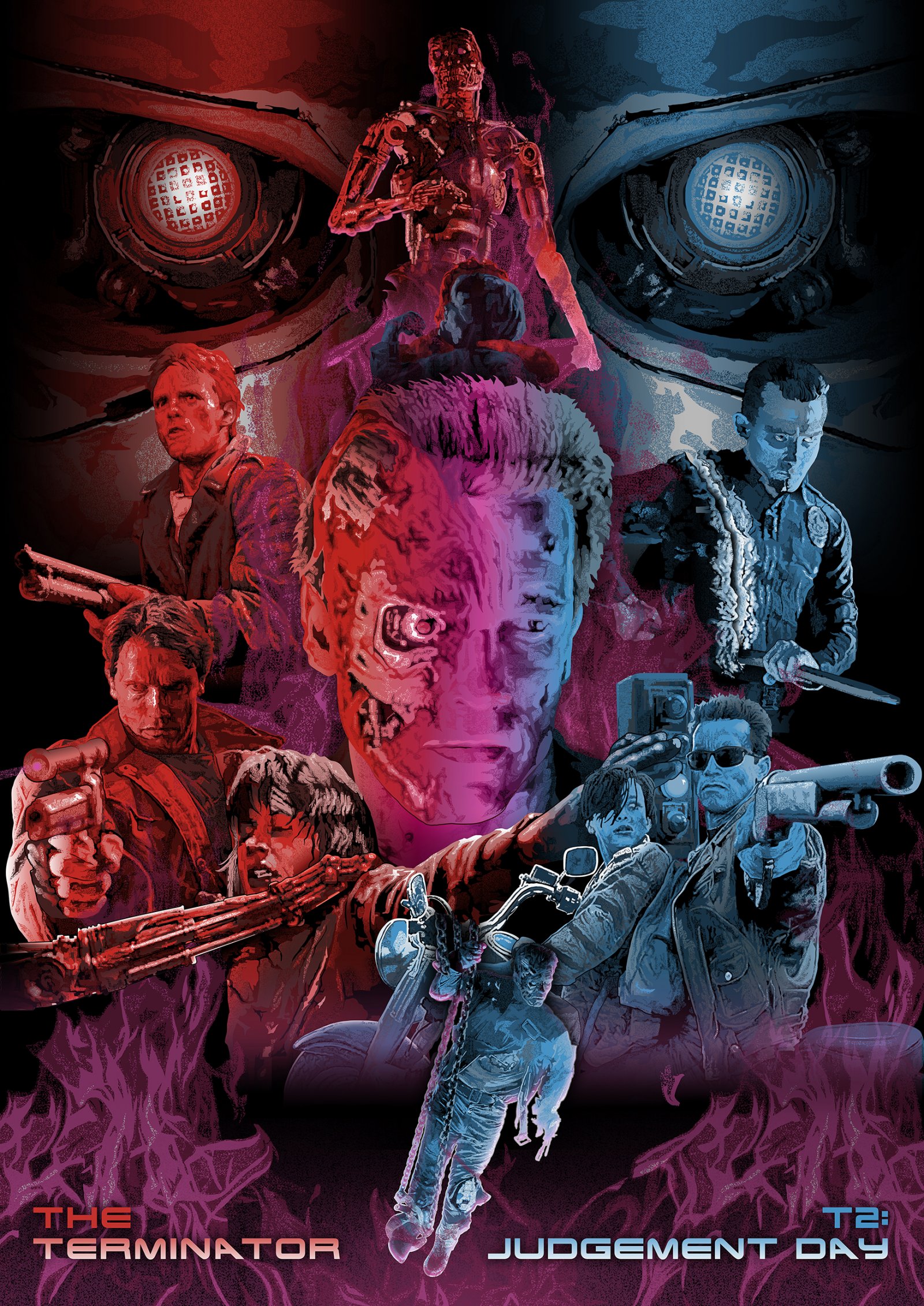 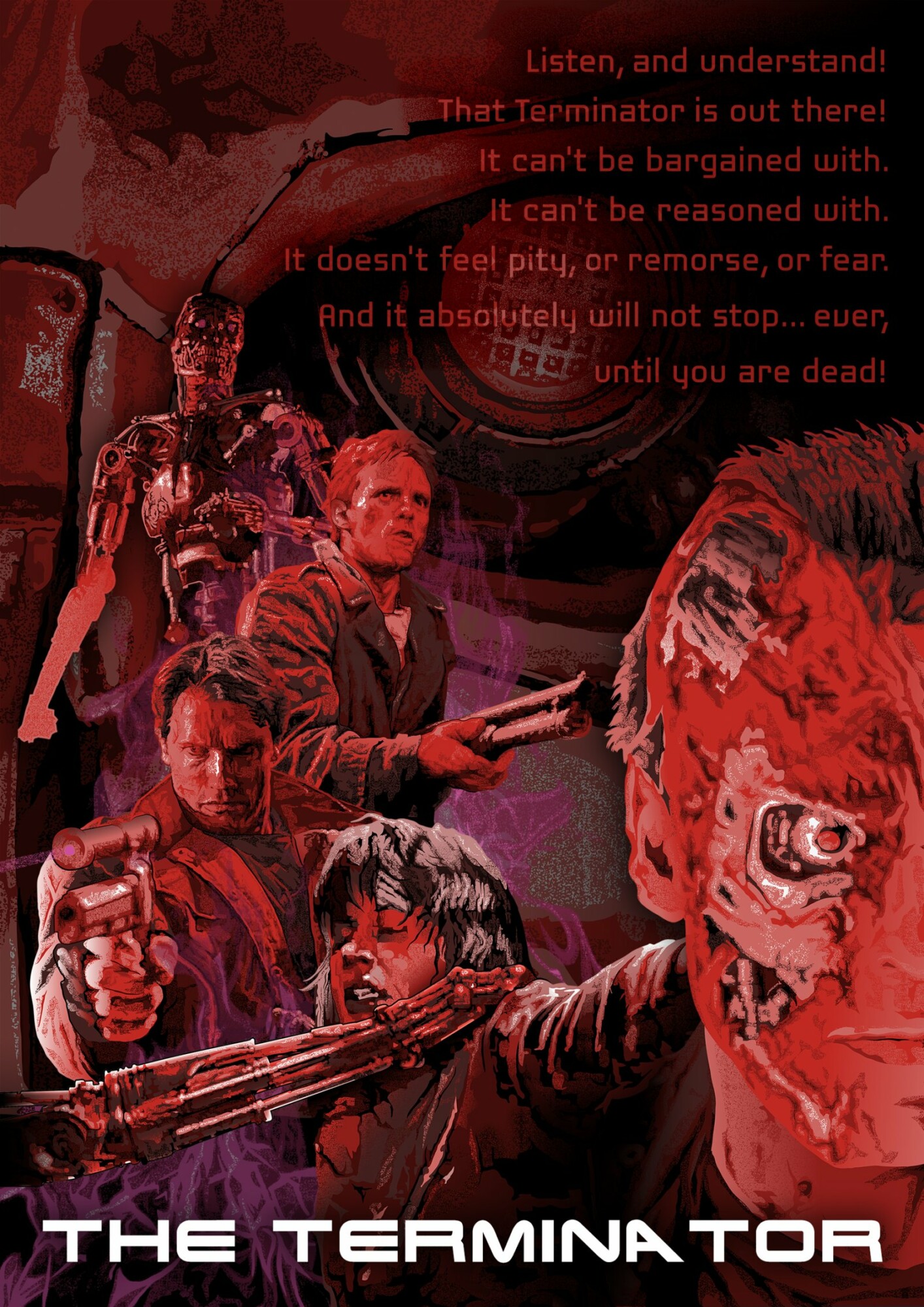 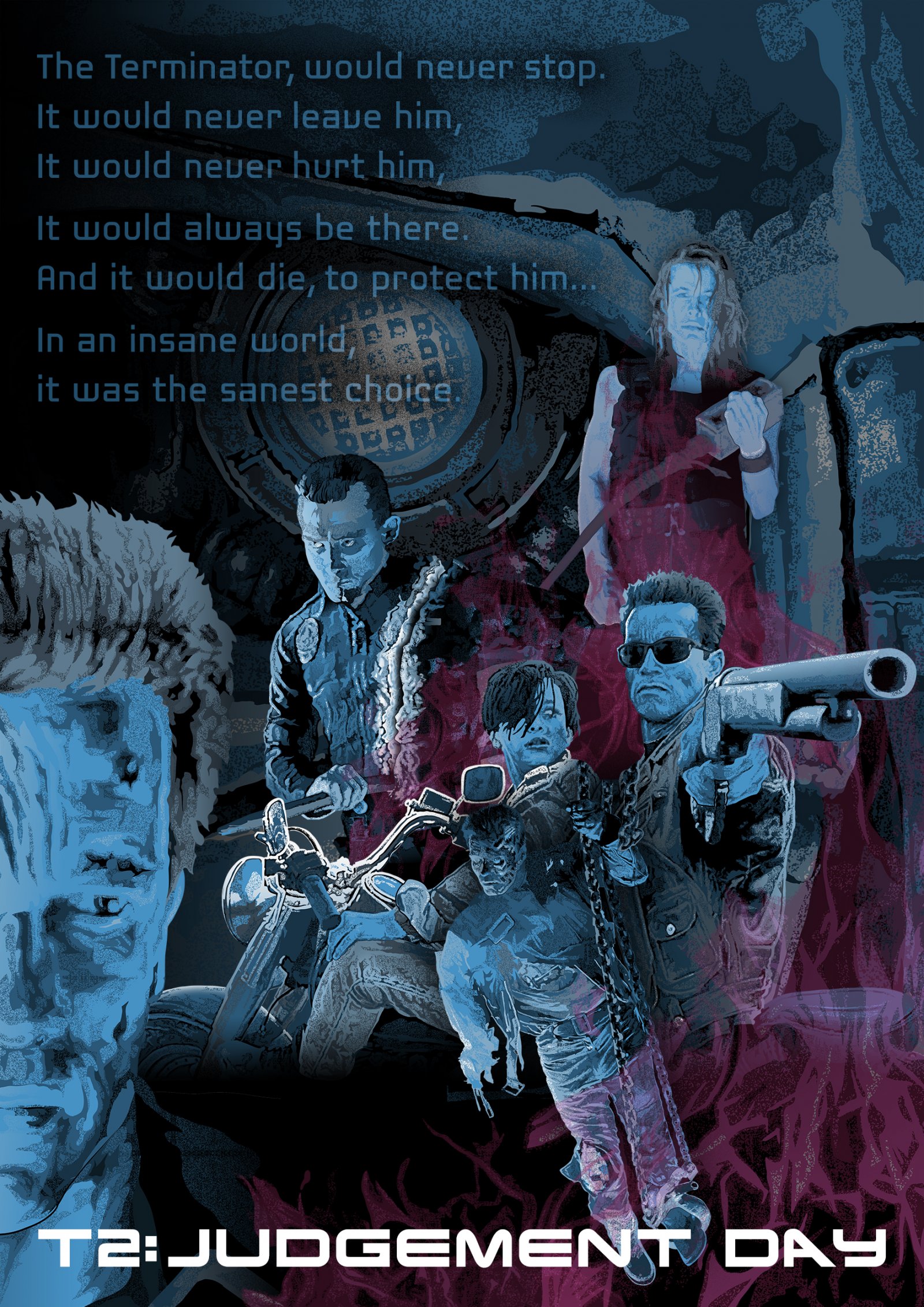 My Illustration Fan Art Tribute to two of my favourite films of all time. What started off as a simple conceptual drawing of the T800 (Arnold Schwarenegger’s Terminator) with half the face damaged, revealing the mechanical skull underneath. Being a visual representation of the duality and intertwined relationship of the first two movies as a starting point, and well… lets just say I got carried away. Being somewhat of an overly observant nerd, I do have a nack of picking up on a lot of subtle aspects of a story. Especially of ‘The Terminator’ and ‘Terminator 2: Judgement Day’ and how many story points parallel and become polar opposites of each other. The most obvious being reversal of roles and theme of the T800 being a killing machine that will never stop, to becoming an incorruptible protector that will never stop. That is shown with the different colours palettes of red to blue, across the illustration from left to right, representing the story arcs of the first and second films. While highlighting the iconic endings of both films.   From the top an illustration taken straight from one of the final scenes of the original film. Of the Terminator rising from the fire, with its flesh burned away to reveal the machine itself. Stopping at nothing to destroy the future of humanity. A scene inspired by a painting created by James Cameron himself which would in turn be the inspiration for the creation of the film. To at the bottom, in the final scene of the sequel. The Terminator instead choosing to destroy itself by lowering itself into the fire. To ensure the survival of Humanity. Thereby ending the cycle caused by the time paradox of SkyNet being reversed engineered by the Terminator which itself created and sent back in time. To retroactively kill its enemy, but only unintentionally cause his conception. (Until Terminator 3 is made and ruins it all) So rather than simply creating a visually detailed piece of fan art. I wanted to create a piece of work that reflects the story and themes of the films itself, and there unique relationships to each other, and why there are both two of the greatest science fiction films of all time.