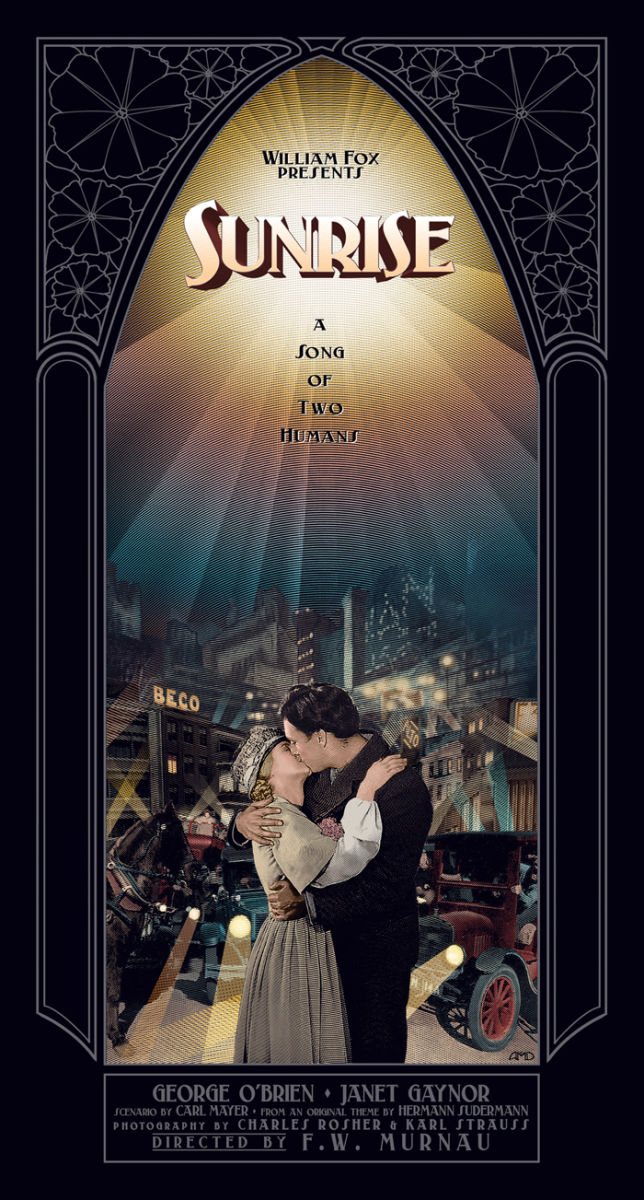 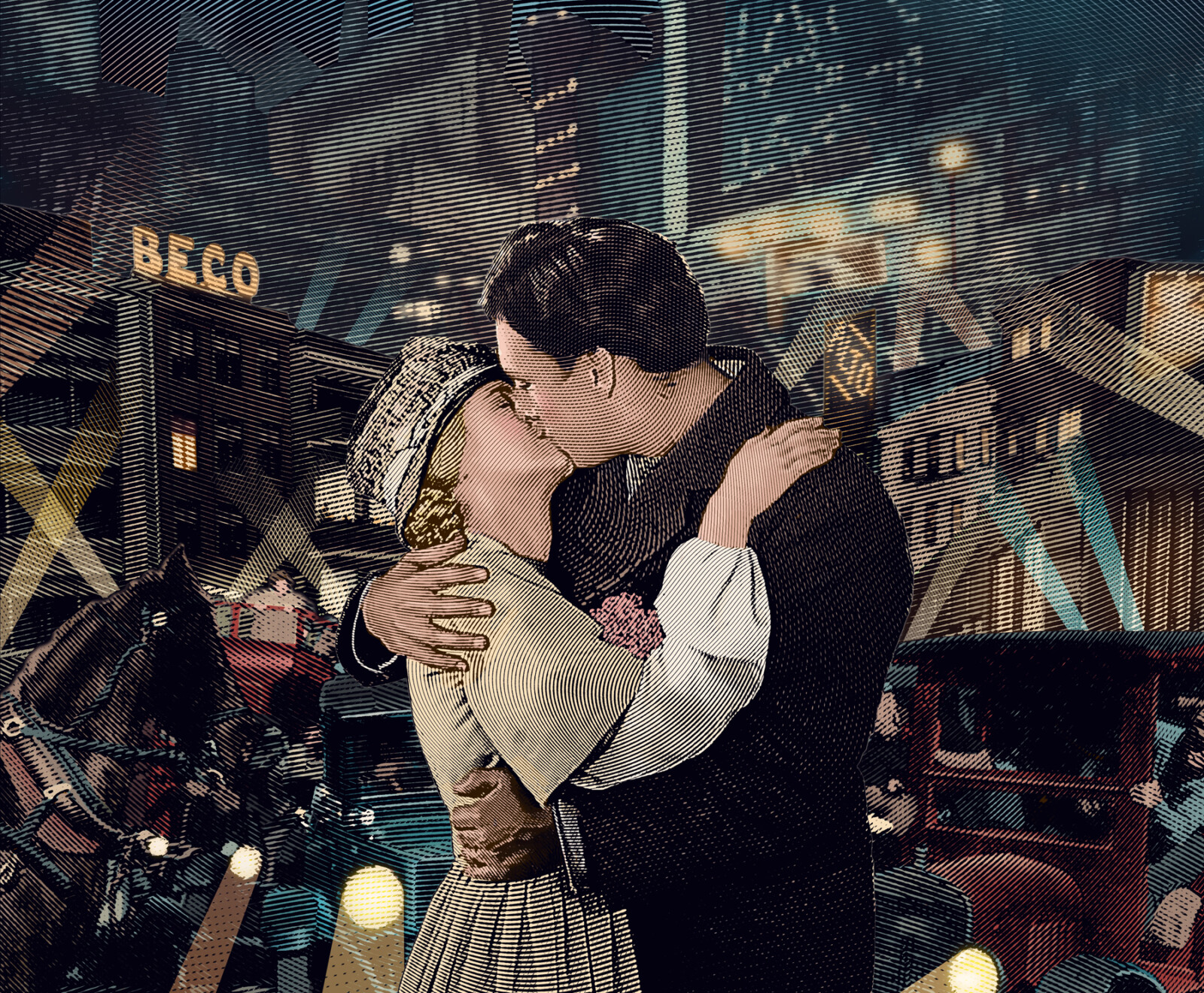 adammcdaniel
9 followers
Log in to Love Share
adammcdaniel and 1 others
Users that love this poster:
Jack Woodhams
adammcdaniel

Sunrise: A Song of Two Humans

I first saw F.W. Murnau’s SUNRISE when I was in college. I knew about the film’s historical significance, but had no idea of its emotional impact. It marked one of those rare cases where I fell head over heels in love with a movie while actually watching it for the very first time.

Sunrise won the Academy Award for “Best Picture, Unique and Artistic Production” at the very first Oscar ceremony in 1929 — a special, one-time recognition that many film scholars consider to be the equivalent of the “Best Picture, Production” honor, awarded to Wings. See the film, and you’ll understand why.

I wanted to give Murnau’s film the “epic” poster it never had. It was also an experiment in dealing with a new digital form of image manipulation, as I tried to give it a “silkscreen” / woodcut effect, using a palette of only nine colors for a nostalgic feel.