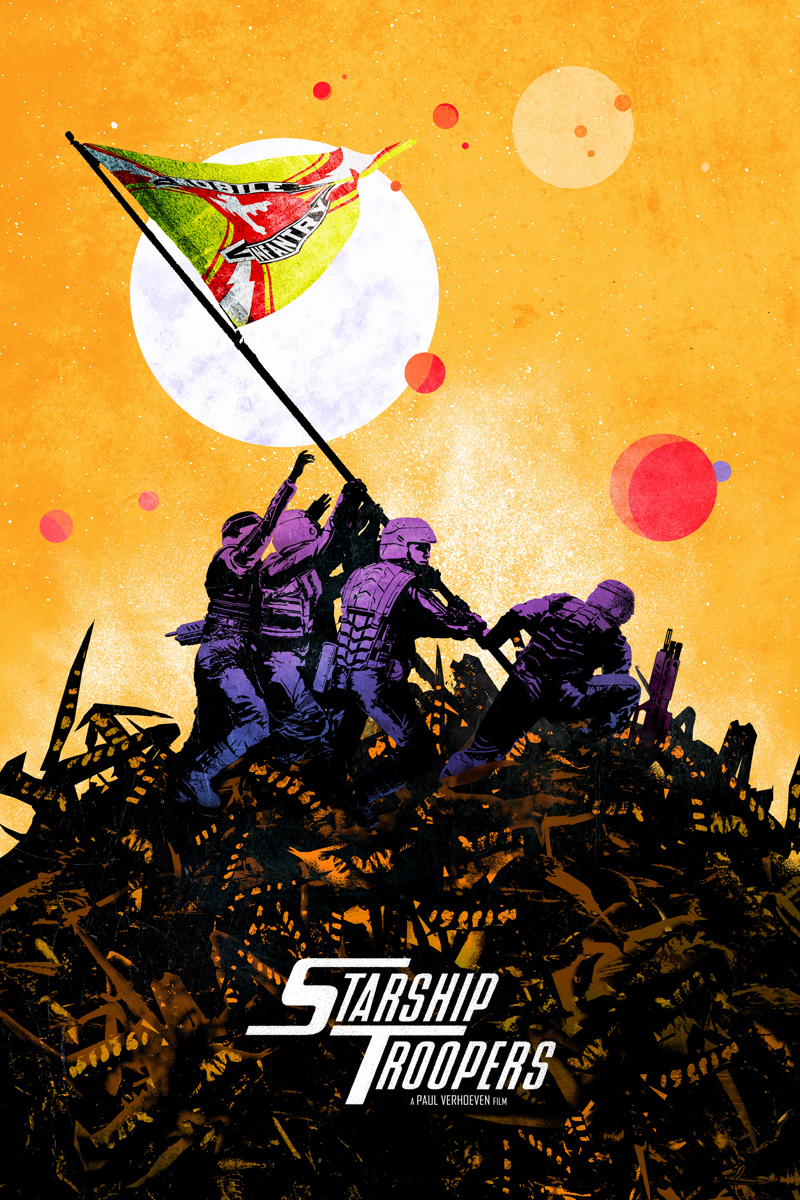 edgarascensao
105 followers
Log in to Love Share
B. and 3 others
Users that love this poster:
Jack Woodhams
PaybackPenguin
bturnerinfo
B.

Beneath the obvious homage to one of the most iconic photograph taken by Joe Rosenthal, “Raising the Flag on Iwo Jima”, it’s clearly a visual allusion to propaganda films, a satire of modern world politics. Verhoeven once stated his intentions clearly: The film’s message is that “War makes fascists of us all”. Verhoeven also says his satirical use of irony and hyperbole is “playing with fascism or fascist imagery to point out certain aspects of American society… Of course, the movie is about ‘Let’s all go to war and let’s all die.'” #WouldYouLikeToKnowMore?