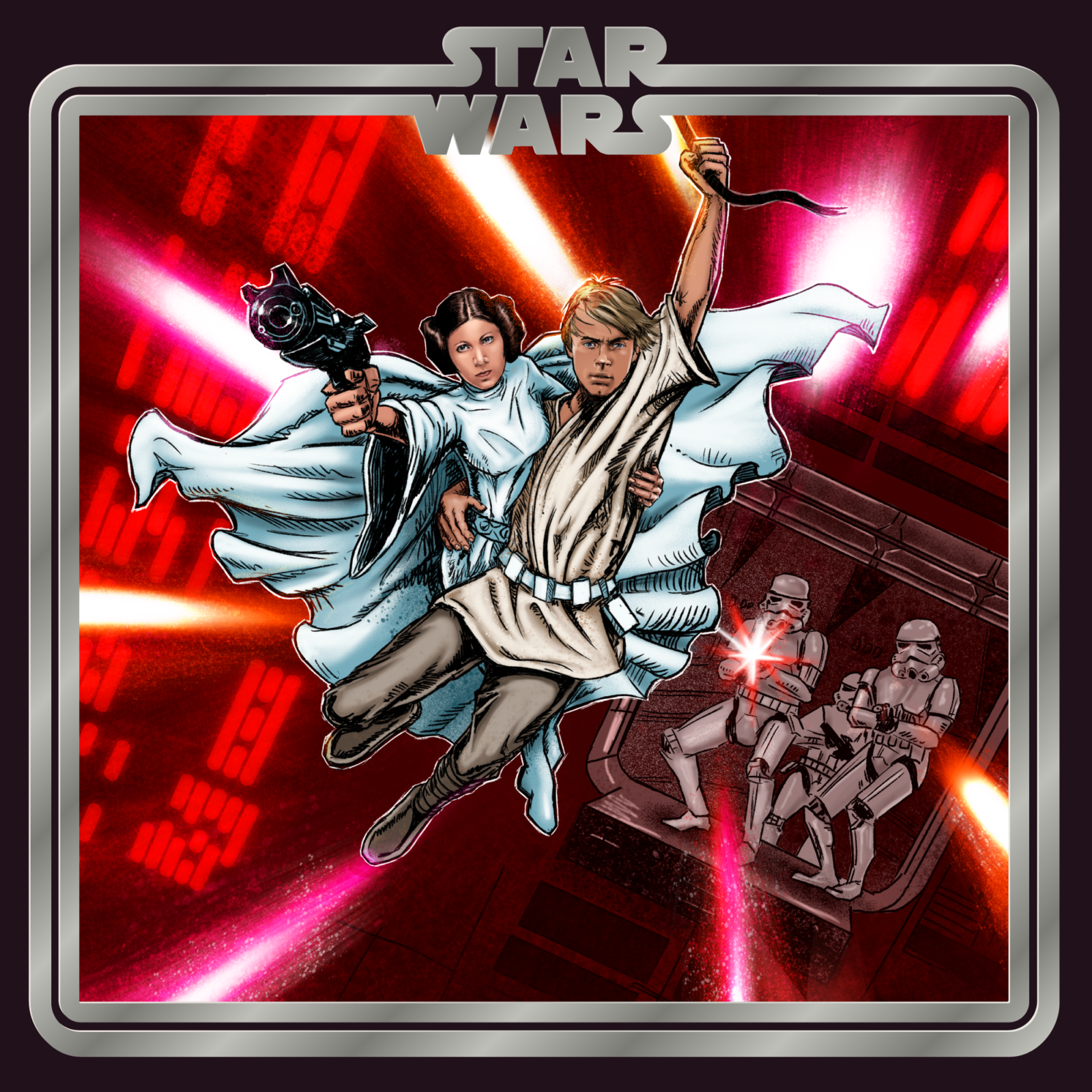 Luke and Leia swinging across the chasm was the definition of Saturday Matinee Adventure. Storm troopers shooting at them, a thousand foot drop below them, that peck on the check (we didn’t realise this bit of romance was a little icky) and then they swing to freedom. Gloriously exciting stuff!

I was five when A New Hope hit the UK cinemas. I remember when the two boys who lived opposite came back from the cinema, via the toy shop with Kenner action figures. One was a brown dog like creature called “Chewie”, the other was a tall black robot with a plastic cape and a red sword that came out of his arm called VADER.
The level of excitement when I finally sat in the cinema and That music started was beyond measure.I have been obsessed with cinema ever since.

Big, big thank you to @dannyschlitz for inviting me to participate in this project! Make sure you head over to @starwars_impressions to see all the amazing artwork by loads of talented artists. A new piece every day until the release of Star Wars Episode 8 Rise of Skywalker