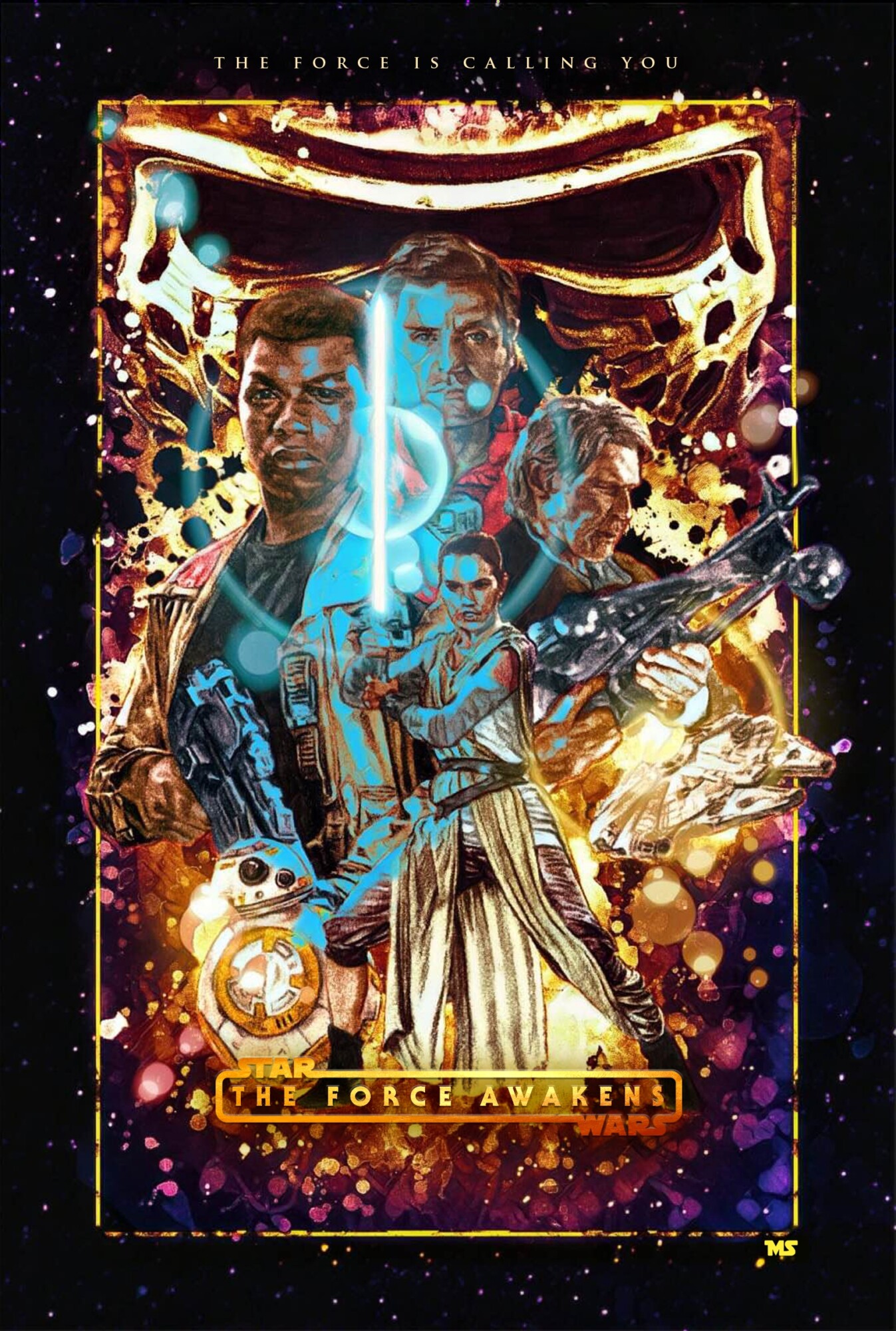 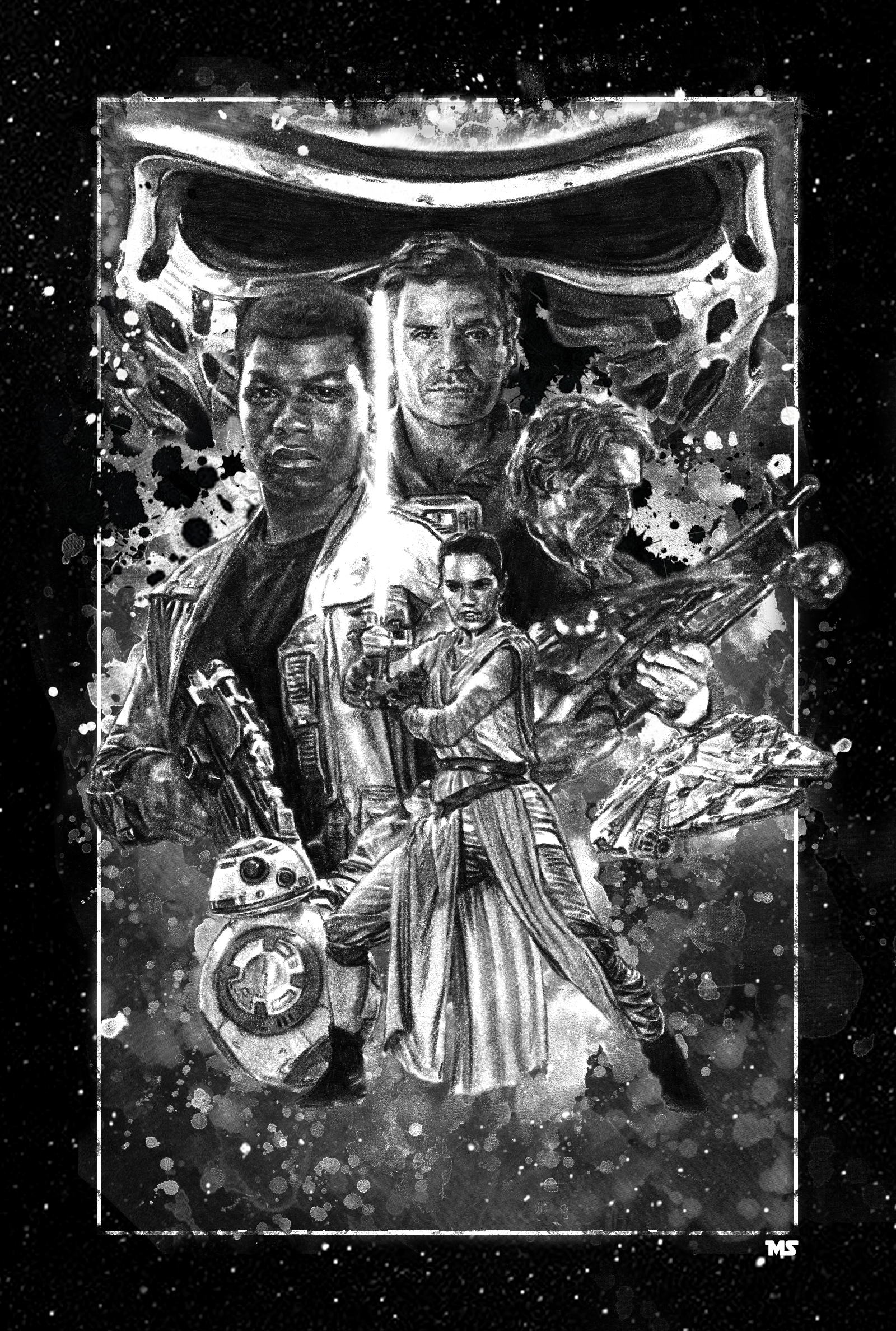 My remake of the Force Awakens poster. Obviously, I was inspired by the legend that is Drew Struzan, only he didn’t even put as much of his usual flare into his poster for this movie. Studios give lists of demands all the time so it may have not been his fault but I digress. I wanted to pick out certain elements of the film that I thought were more important, and didn’t get much respect in the mainstream poster, and nix other elements that I felt didn’t belong. I mean the poster they used had every single character in it. Which would be the safe thing to do, in case fans get uptight about their favorite character not being in it but I mean, why put R2 in it? He’s only in it for 2 seconds at the end. You may as well put Luke in it. So in mine I wanted to add a little mystery to Kylo Ren. I didn’t want the controversy of his lightsaber to distract the viewer from good art. But having just his menacing gaze at the top is very baller at making it known who the villain is. And that’s all anyone needs to know. In true Star Wars fashion, you gotta have your three main heroes. I wanted to put the lightsaber in the hands of Rey since we all knew it was destined to be hers. They thought they had us with her using the staff of Rah the whole time but we knew what the fuck was up. Every poster in their marketing campaign has Finn holding the lightsaber. He holds it two times. And it doesn’t belong to him. You may as well have Han holding it in other posters since he used it to open up that Tawn Tawn that one time. I wanted Poe to be more significant since he’s clearly the Han of the new young heroes. He had such small billing in the original. Han uses Chewie’s bowcaster more in the movie than Chewie so I have him holding it. Also adds more mystery to it like, “What happened to Chewie?” Strangely, I care about that more than I cared about where Luke was the whole time. Logo needed to just be redone. What they did originally seemed just as bland and safe as the title itself.