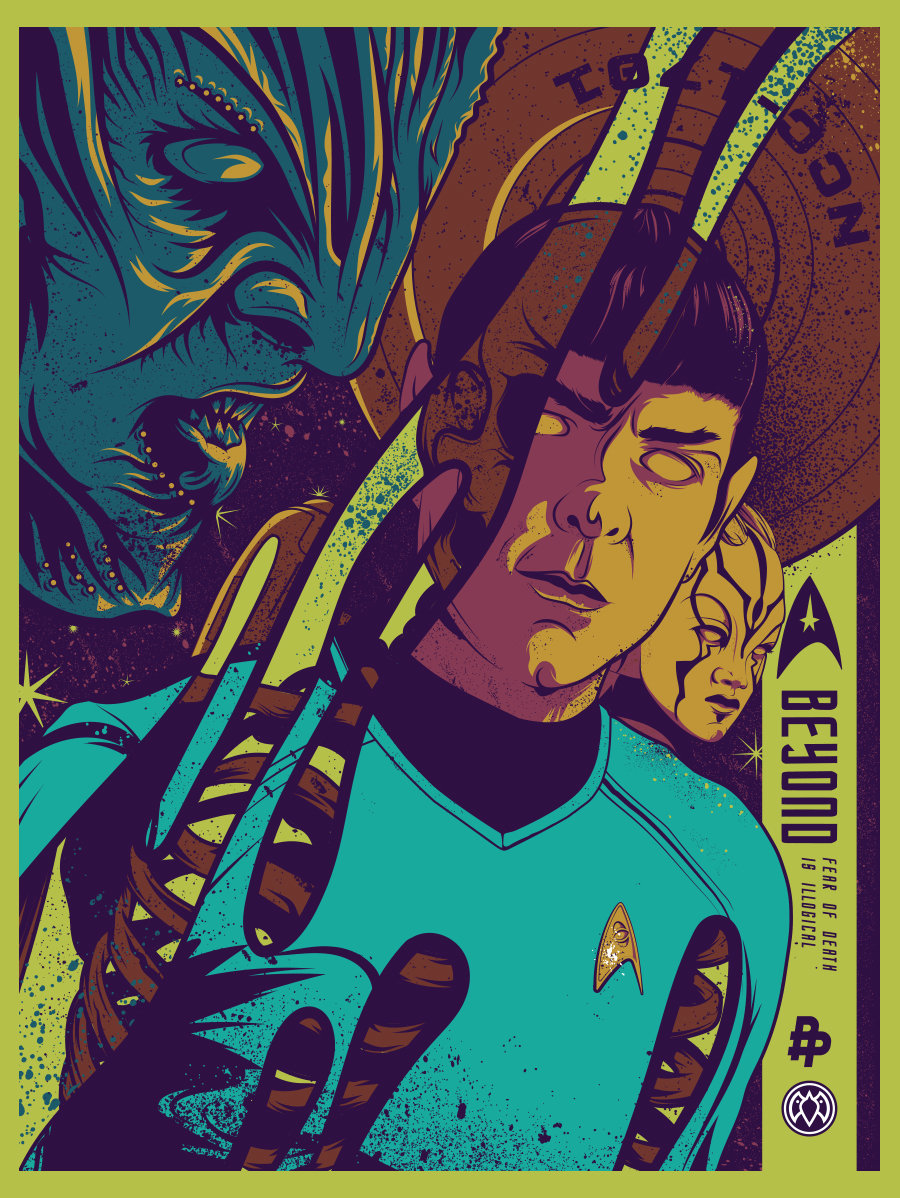 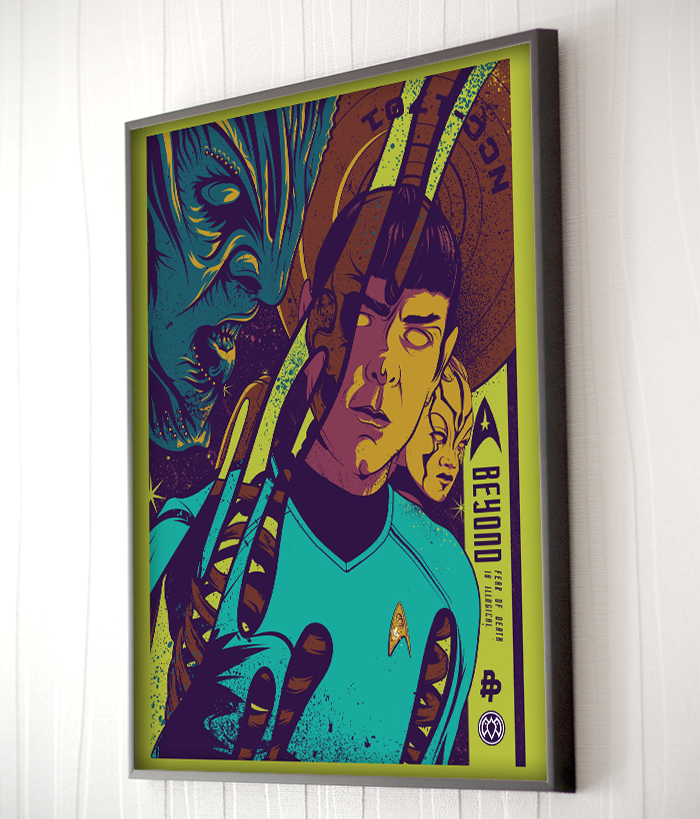 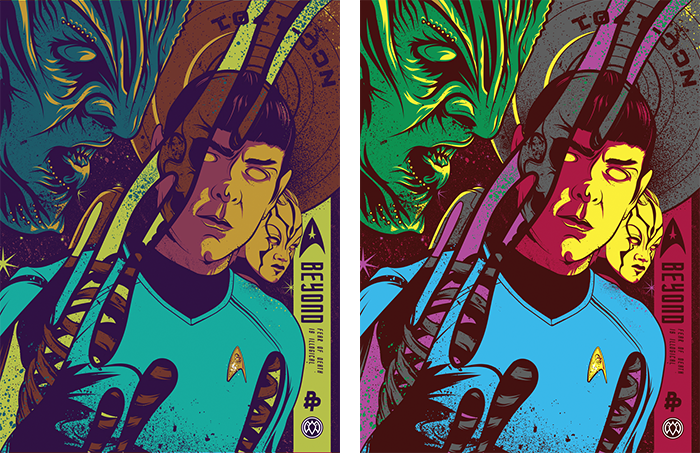 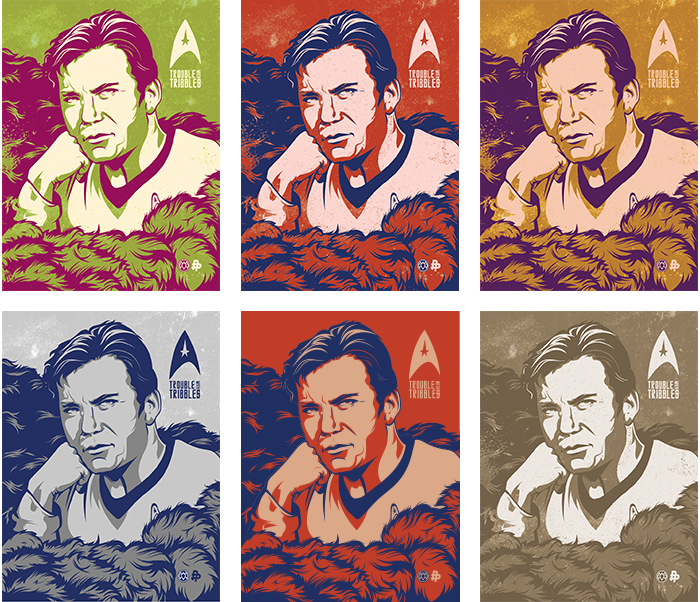 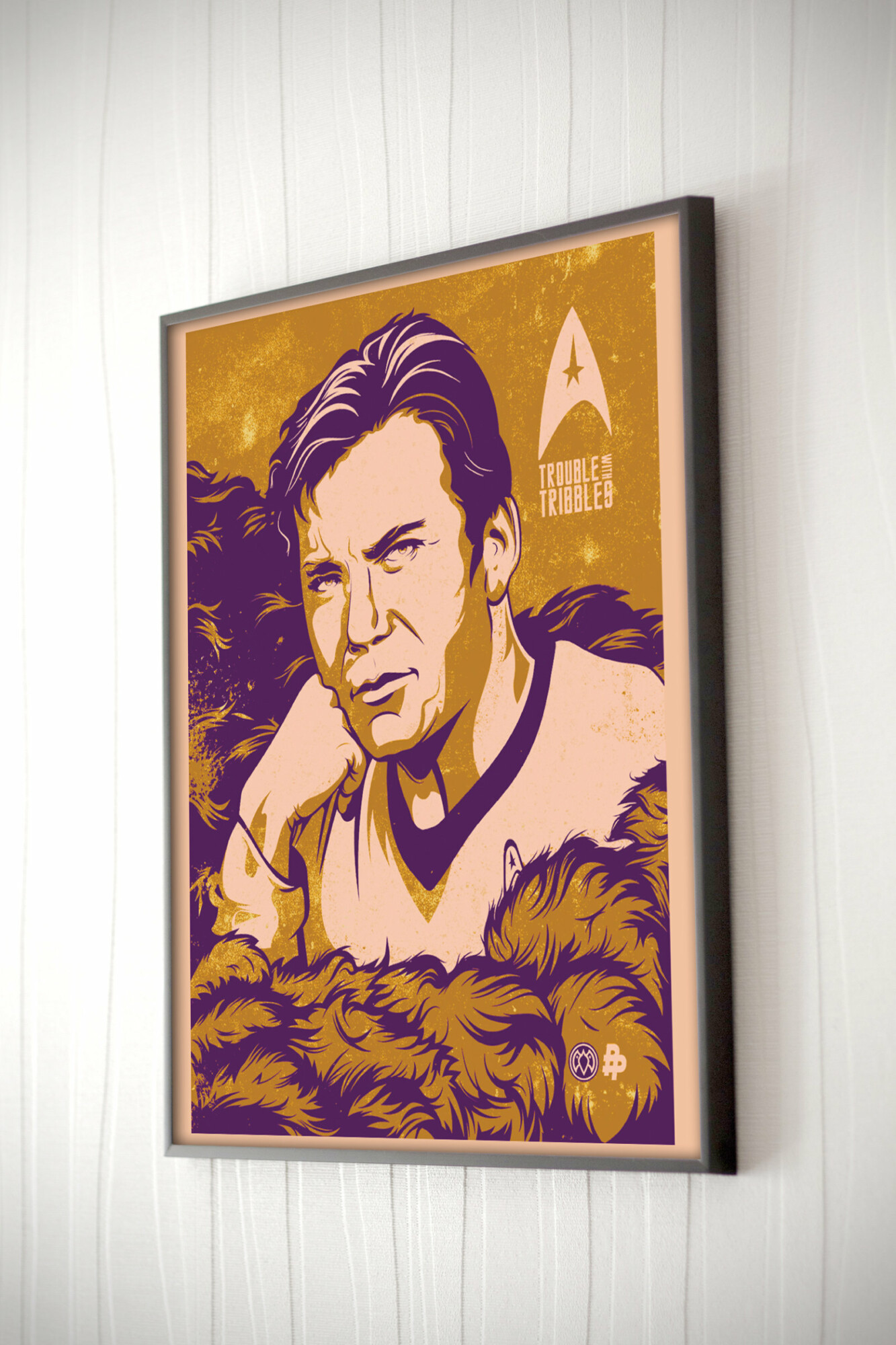 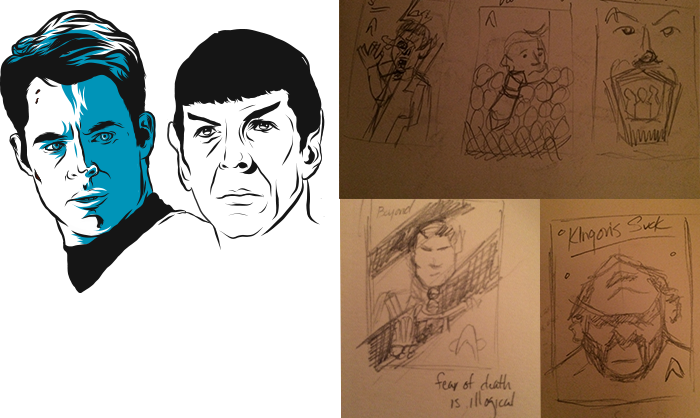 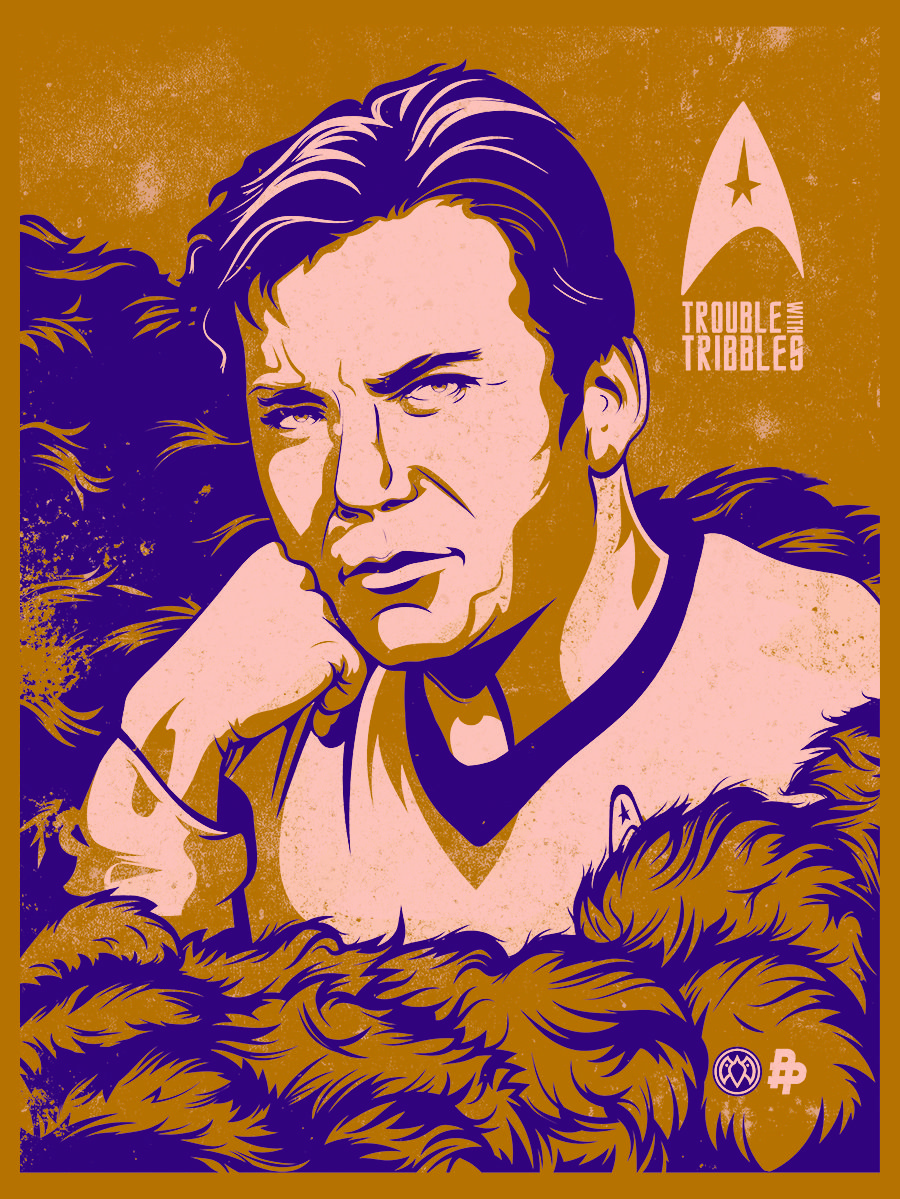 I was so excited to get a call in April from “The Godfather!” It is a call I had been hoping for, yet hadn’t expected. I was on pain meds at the time after just having my surgery, so I had to ask my wife to reread the message! (j/k) When she said “you’re in!,” I wanted to know what we were doing! And wouldn’t you know IT IS A STAR TREK MOVIE AND ANIVERSARY! Truely a huge honor to join the PosterPosse on this one! To start I had to watch 3 seasons of the original show. I had no idea what I was missing. I wanted to honor the Captain and by far the Trouble with Tribbles episode was my favorite. I also wanted to have it as a retro “Glamour Shot” like we saw from the late 80s, to honor Spock, and play the the tag “Fear of Death is Illogical.” With my Star Trek Beyond Poster I really wanted death as the theme. I started with the quote “Fear of Death is Illogical,” something Spock said in the second trailer. I wanted to have him being pulled appart, revealing his skull and bones, by the tractor beams. Then I began to add the religion aspect to it, the light figure on the right shoulder, the Enterprise making the halo, and the devil on his left shoulder. Thank you for visiting my site!