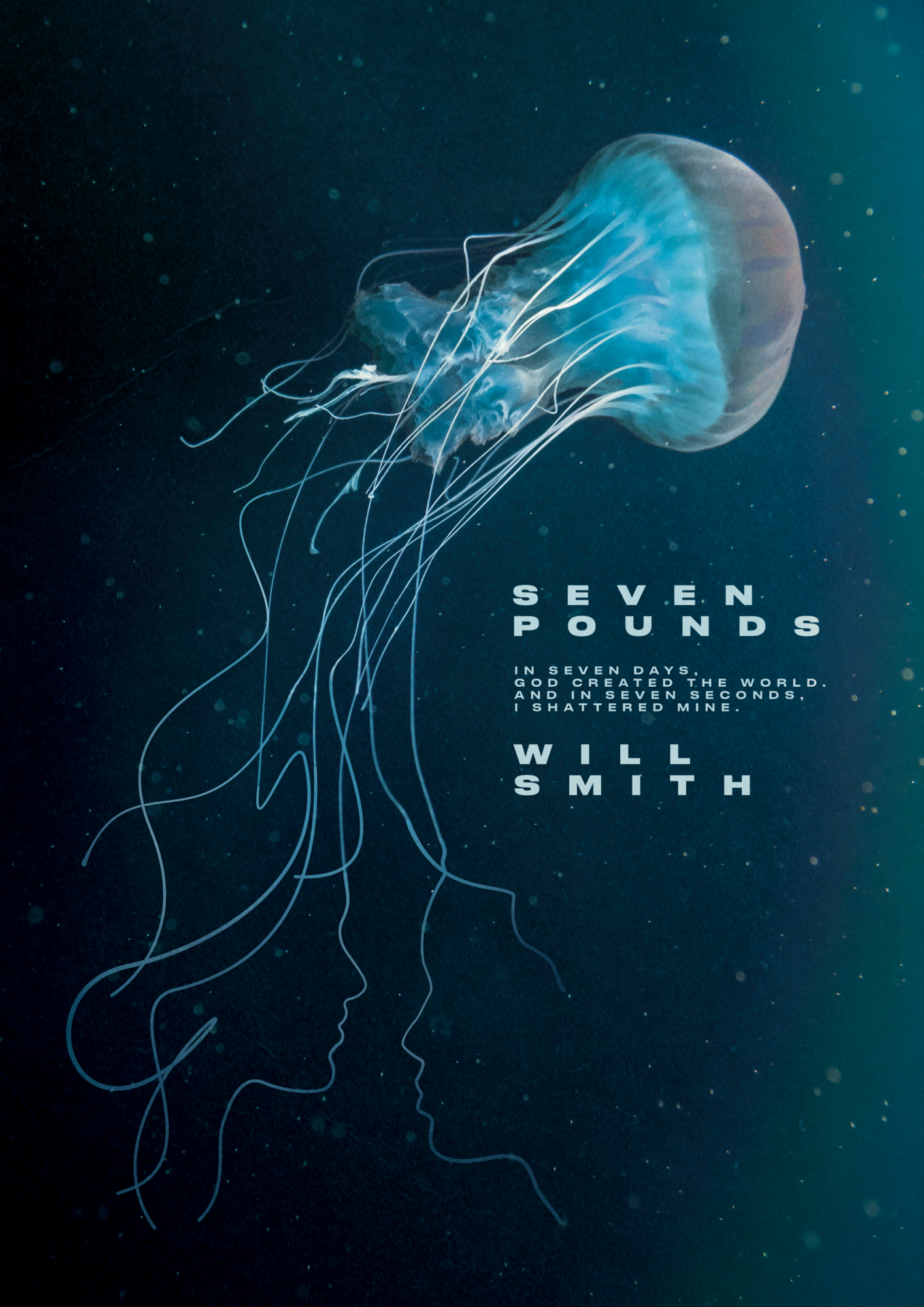 Seven Pounds is a 2008 American drama film, directed by Gabriele Muccino, in which Will Smith stars as a man who sets out to change the lives of seven people. Rosario Dawson, Woody Harrelson, and Barry Pepper also star. The film was released in theaters in the United States and Canada on December 19, 2008, by Columbia Pictures. The protagonist of the film dials 911 to report his own suicide by a boxed jellyfish. He then narrates how God created the world in seven days, and how he managed to destroy his own in seven seconds. The introduction of the film establishes that the protagonist intends on helping seven people of his own choice. The reason at this point remains unknown. For most encounters, the protagonist poses as an IRS agent to establish a sense of initial trust.